The same army that boasts of its progressive attitude toward women changes its tone completely when addressing an Arabic-speaking crowd. 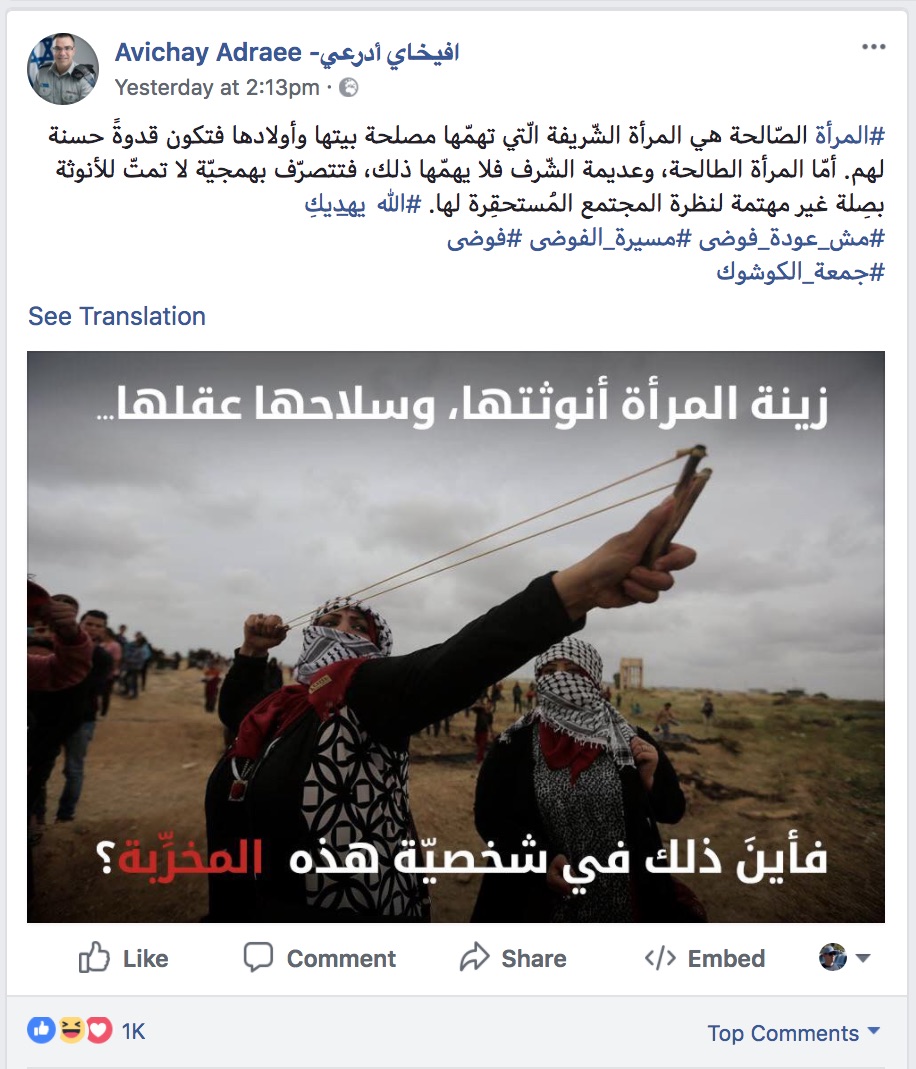 IDF Spokesperson in Arabic Maj. Avichay Adraee tells Palestinian women: Your place is in the home.

“A woman’s femininity lays in her grace, her weapon is her wit. Where are these in the personality of this terrorist?”

The above text was written in Arabic by Maj. Avichay Adraee, the IDF spokesperson for the Arabic media, attached to an image published on Facebook Thursday of a Palestinian woman holding up a slingshot during a demonstration. The post, most likely part of the army’s attempts to limit participation in the mass protests as part of the “Gaza Return March,” continued as follows:

“The good woman is the honorable woman, who takes care of her home and her children, and serves as a good example to them. However, the deprived woman who lacks honor does not take care of these things, acts wildly against her feminine nature, and cares not for how she is seen in society.”

It is astounding that the IDF Spokesperson adopts such conservative attitudes toward women. The same army that boasts of its progressive attitude toward women — and the equality it offers them in combat units — completely changes its tone when addressing an Arabic-speaking crowd. It’s a classic combination of paternalism toward Palestinians, whom Maj. Adraee must think are either primitive or stupid, and male chauvinism that actively tries to oppress women. All in the name of putting down a popular protest movement in the Gaza Strip.