The upcoming elections could provide a golden opportunity for the Palestinian minority in Israel to become power brokers in the political system. That is, if Labor leader and election frontrunner Isaac Herzog brings the Arab MKs into his coalition. 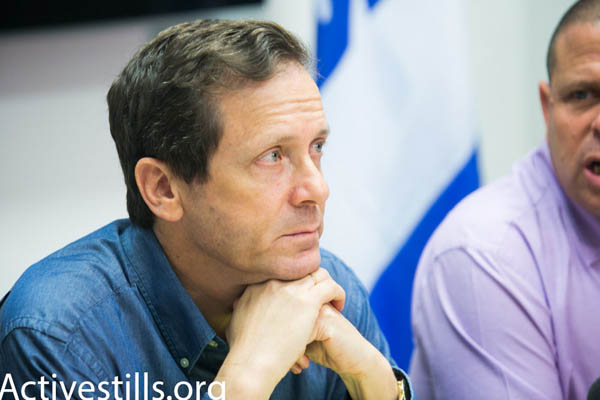 The upcoming Israeli elections are a historic opportunity for the Palestinian minority in Israel. For the first time ever they have the possibility of becoming the power brokers in any future coalition.

According to recent polls, a unified Arab slate consisting of the four major parties: Hadash (a joint Jewish-Arab party, where nearly 95% of its voters are Palestinians), Balad, Ta’al and Ra’am can achieve 15 seats, at least 4 more than the 11 they won in the previous election.

Palestinian citizens of Israel have historically been the least participative community in Israeli elections. This time, however, Arabs will participate in larger numbers, both out of fear and as a result of a very traumatic year. For the first time, Palestinians feel their citizenship is in jeopardy, especially due to the war on Gaza and its aftermath: Zionist ministers calling for boycotting Arab towns and business, harassing Arab employees in their work places due to their political beliefs and the idea to ban the Islamic movement are all reasons to motivate the Palestinians to defend their citizenship by heading to the polls.

The 2013 Israeli elections ended with a virtual tie between the center-left (59 seats) and the right-religious (61 seats) camp. A unified and enhanced Arab list in 2015 can surely keep the right wing at bay for the next four years. For example, most polls indicate that a unified Arab list can bring the center-left to the magical number of 61 (seats). A future coalition of Labor, Arabs, Meretz, Yesh Atid and Kahlon is more than plausible.

Read: Why are Palestinian citizens expected to be loyal to Israel?

For over 66 years the Palestinian minority has been excluded from any political power in Israel, an exclusion that has only intensified the institutional discrimination against Arabs in all walks of life. Labor PM candidate Isaac Herzog, the frontrunner against Prime Minister Benjamin Netanyahu, has not explicitly rejected the idea of including Arab parties in a future coalition. Now is the time to put him to the test.

With the rise of far-right extremism that has included numerous calls to expel Arabs; erase their language and culture; and delegitimize their political and social activism as proposed in the “Jewish Nation-State Law,” the time has come for the Arabs to respond. The best way to do so is to change the system. 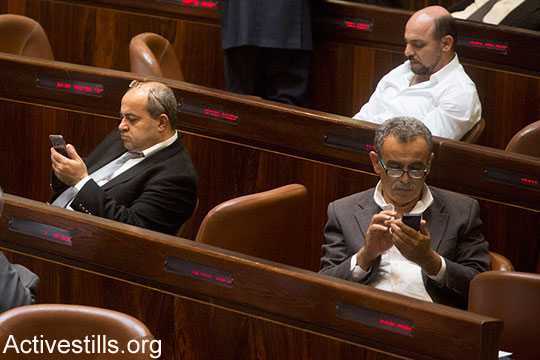 Most salient predictions concerning the future of Israel regard the Palestinian minority as the most vital economic mobilizer due to the young population and the rising number of Arab professionals in all fields. The historic decision of Arab legislators to work from the benches of the opposition has never benefited the rights or the rising demands of the Palestinian community in Israel.

Any future coalition that includes the Palestinian parties must be built on three major points:

1. An aggressive and unapologetic policy of democratization, leading to a system that regards democratic-civic values above all other ones. As Israel’s already-weak democracy is further weakened, it is the Arab minorities’ responsibility to guard and enhance a future pluralistic and democratic Israeli public sphere.

2. A policy of economic integration that includes subsidies for small businesses, an expansion of industrial zones and building new Arab towns inside Israel. This never happened despite numerous promises by government officials. Above all, Israel needs a more fair distribution of national resources that Arabs can also enjoy.

3. Political integration of Arab professionals in all areas. Despite representing a fifth of the population, Arabs represent only 8 percent of bureaucrats and 2 percent of high-ranking bureaucrats. There are almost no Arab experts in government companies or other public sector institutions. Only a policy of integration into these sectors can affect the standing of the Palestinian minority and begin creating a basis for a shared future society for all citizens.

If Labor and the Israeli left want to return to the Prime Minister’s Office after 16 years of consistent failures, they must take Israel’s largest minority into consideration. On March 18th Israel may have a new prime minister. If the Palestinian community and their leaders take the strategic steps necessary, a Jewish partner will be needed; the only question is: will Herzog be up to the task?

Thair Abu Rass is a Palestinian citizen of Israel from Qalansuwa, and a Political Science PhD candidate at the University of Houston.