An Israeli college includes the recital of a Dylan song at its Memorial Day ceremony, but some students weren’t having it. We dig a little deeper and find that ‘the voice of a generation’ is more anti-Israel than you ever could have imagined. 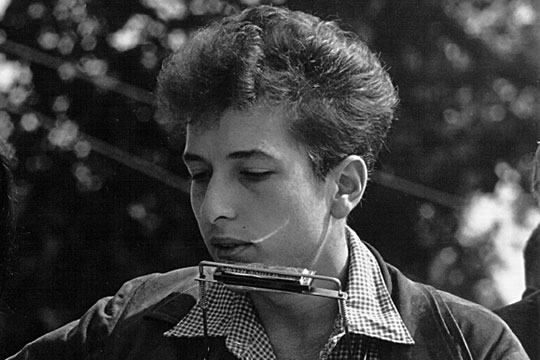 A small controversy erupted on Israel’s Memorial Day, threatening to shatter whatever remains of national unity in Israel following the most recent elections. The Memorial Day ceremony at Oranim College in northern Israel included a reading of Bob Dylan’s song, “Masters of War.”

The song, it seems, caused a fair bit of resentment. Students at the educational college claimed, rightfully so, that the song calls for the killing of IDF soldiers, and that it addresses them, specifically. One can clearly see it in the following lyrics:

You fasten all the triggers
For the others to fire
Then you set back and watch
When the death count gets higher
You hide in your mansion’
As young people’s blood
Flows out of their bodies
And is buried in the mud.

Clearly the song is talking about the simple, lowly soldier, the grunt in the field. It is not talking about those who sent him there, or the corporations or the military-industrial complex and politicians who make billions off of war, as Dylan and millions of fans understood decades ago.

The students’ claims seem legitimate to me, and are in no way the result of the dissonance that has caused them to misinterpret the lyrics of the song. Dissonance that, quite possibly, is the result of an inability to cope with an anti-war movement. Because if war is a bad thing, then what does that say about those who died in war? What does that say about their memory? Can heroes die in an unnecessary war? Are we responsible for not stopping it? Such issues cannot be discussed, lest false accusations render the entire enterprise illegitimate.

The lyrics weren’t written in a settlement

I decided to take a look through the author’s extensive discography. I was shocked to find that it is full of even more shocking pieces of work that are even more anti-Israel than “Masters of War.” It is only natural, therefore, that I hereby call for a boycott of Dylan’s songs.

Worry not, there is no way that this boycott will constitute a violation of the boycott law, for the lyrics were not written in a West Bank settlement. As High Court Justice Asher Grunis wrote last week, “a playlist is not a recipe for national suicide.”

May we all find hope in the fact that the most controversial song in Israel, which was written during the Cuban missile crisis, might mean that Israel, too, will finally lift its embargo on Cuba in 50 years’ time.

In his song “Isis” on the album “Desire,” Dylan explicitly expresses support for the abhorrent Islamic State organization, as the title clearly reveals.

In one of his most famous songs, “Like a Rolling Stone,” Dylan expresses support for stone-throwing by Palestinian youth as a path of resistance to the occupation.

A call to free Palestinian political prisoners in general, and administrative detainees, whom only god knows what they stand accused of:

The song, “All Along the Watchtower,” is clearly a reference to the Nakba, and is dedicated to the clocktower in Jaffa:

A song of admiration for MK Haneen Zoabi:

And here he is explicitly defaming Mrs. Sara Netanyahu:

A song about the author of this article, whose anti-Israel views are widely known:

A thinly veiled reference to the killing of Rachel Corrie, in which Dylan ridicules the Israeli justice system’s treatment of the case:

Pondering who is responsible for the death of Palestinians killed by IDF soldiers when the official investigations never even manage to locate a suspect:

Criticizes the IDF and the political echelon, which forced Israelis in the south of the country to stay in bomb shelters all last summer, and who are sure to do the same thing next summer, or the summer after that:

*John Brown is the pseudonym of an Israeli academic and a blogger on +972’s Hebrew site, Local Call, where this article was first published in Hebrew.