The Israeli army used rubber-coated metal bullets and tear gas against protesters in the village of Nabi Saleh today (Friday). Naomi Lyth, An Israeli protester aged 22, seen below, was hit with a rubber bullet in her head. According to reports, another Palestinian was injured from a rubber bullet. The injured protesters were taken to a hospital. 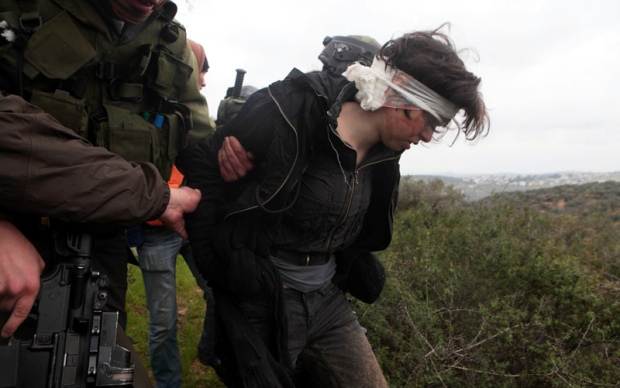 Israeli soldiers surround an Israeli activist who sustained a head injury after she was hit by a rubber bullet during the weekly demonstration against the occupation in the West Bank village of Nabi Saleh on Friday (photo: Anne Paq/Activestills.org) 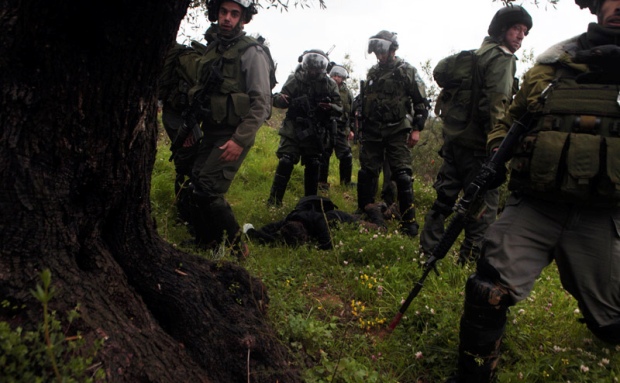 Israeli soldiers surround an Israeli activist who sustained an head injury after she was hit by a rubber-coated bullet in Nabi Saleh on Friday (photo: Anne Paq/Activestills.org)

Protests in Nabi Saleh have been going on for more than two years, following the confiscation of the village’s land by the nearby settlement of Halamish. One protester has been killed from a tear gas canister shot directly at his head, and dozens have been in injured.