For the second time this week, 130 asylum seekers leave the Holot ‘open’ prison facility in southern Israel, march through the desert in an attempt to move their demonstration to a major city. This time around, immigration officers stopped the march shortly after it began. The asylum seekers are protesting their detention conditions and the arrest of their comrades in the previous march. 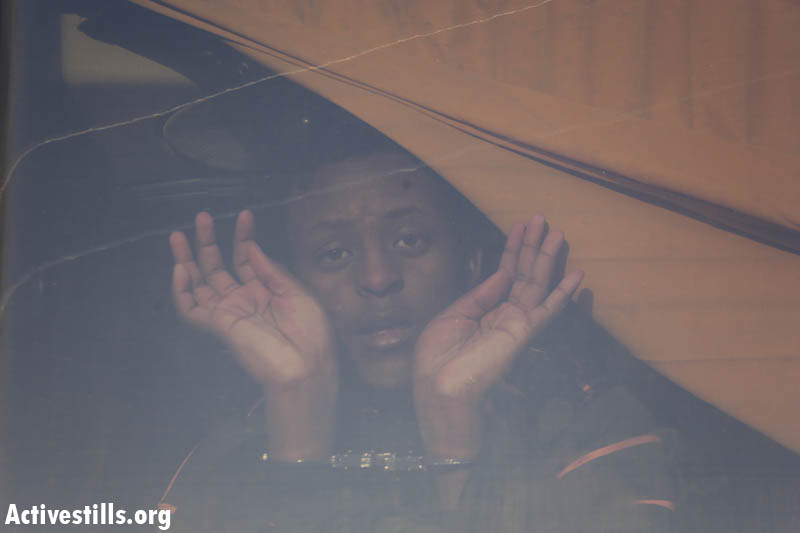 An asylum seeker detained by immigration police during the second “March for Freedom.” (photo: Oren Ziv/Activestills.org)

About 130 African asylum seekers left the Holot “open” prison facility in the Negev on Thursday and began marching through the desert to Be’er Sheva. From there, the group had planned to make their way to Tel Aviv and protest against the latest amendment to the Prevention of Infiltration Law and against poor prison conditions. The marchers, who did not intend to return to the facility (as mandated by the law), walked for approximately two hours before some 20 immigration officers began arresting them. According to one report, police present told immigration officers that the arrests were illegal, as detainees in Holot can only be captured 48 hours after leaving the facility. However, arrests were continuing, with the police not actively intervening, and asylum seekers scattering into the desert, according to a witness on the scene.

Israel’s Population, Immigration and Borders Authority responded to the event, stating that they are “currently checking the people who left Holot facility,” adding that the authority will continue to “return infiltrators to the holding facilities in accordance with the law.”
Click for photos from the first ‘March for Freedom‘ 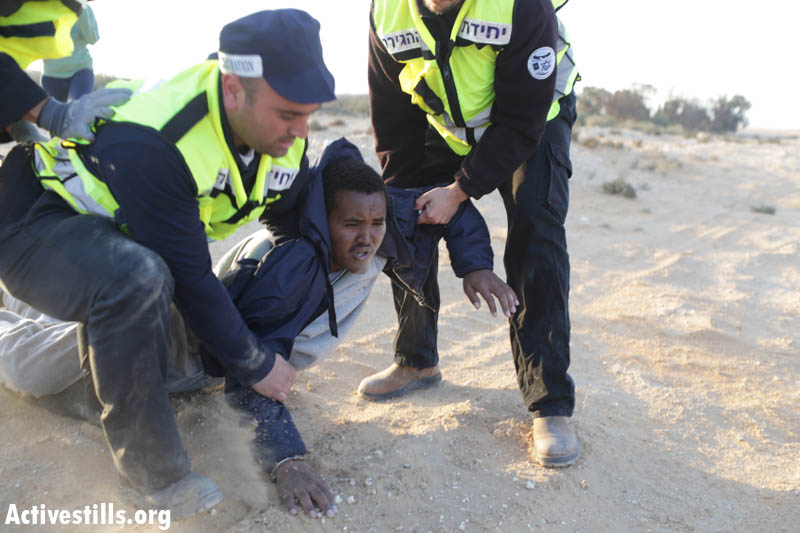 Immigration officers arrest an asylum seeker during the second “March for Freedom” in the Negev desert. (photo: Oren Ziv/Activestills.org)

The Holot facility was opened just last week and was almost immediately abandoned by some 200 asylum seekers who were transferred there from the Saharonim prison. After marching to Be’er Sheva the asylum seekers marched and took buses to Jerusalem where they were met by more asylum seekers and activists. Police and immigration authorities eventually arrested them while protesting in front of the Knesset. Those who left the Holot facility and had not returned for 48 hours were sent back to the closed Saharonim prison, while others, who had not been to Holot or had been out of the facility for less than 48 hours were sent to the “open” facility. These are the same asylum seekers who left Holot this morning on the second march. 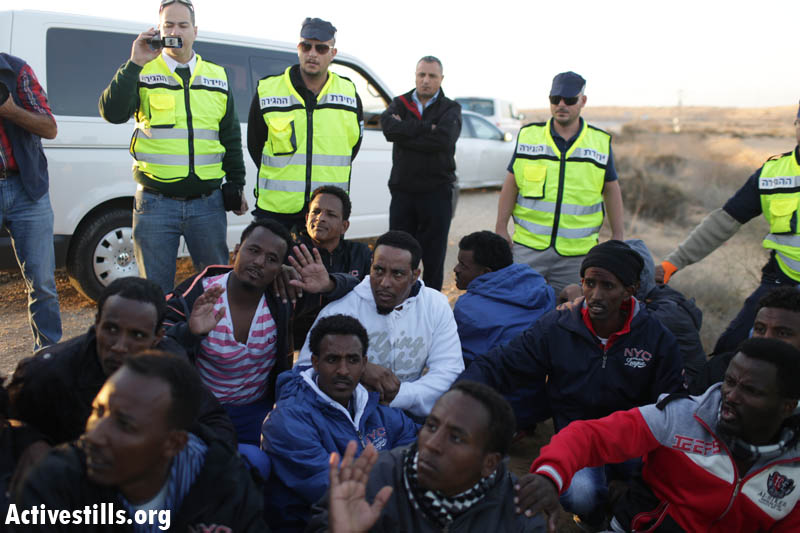 Immigration police arrest dozens of asylum seekers during the second “March for Freedom” on the way to Be’er Sheva. (photo: Oren Ziv/Activestills.org)

During their march, some asylum seekers raised their hands as if handcuffed in solidarity with their arrested friends. Marchers said that conditions in both Holot and Saharonim were poor and demanded that Israel examine their asylum applications and grant them refugee status and work permits instead of sending them to prison time and time again.