Netanyahu’s message is clear: in Hebrew there is no such thing as a Syrian refugee who might find shelter in Israel; instead, there are infiltrators and terrorists. 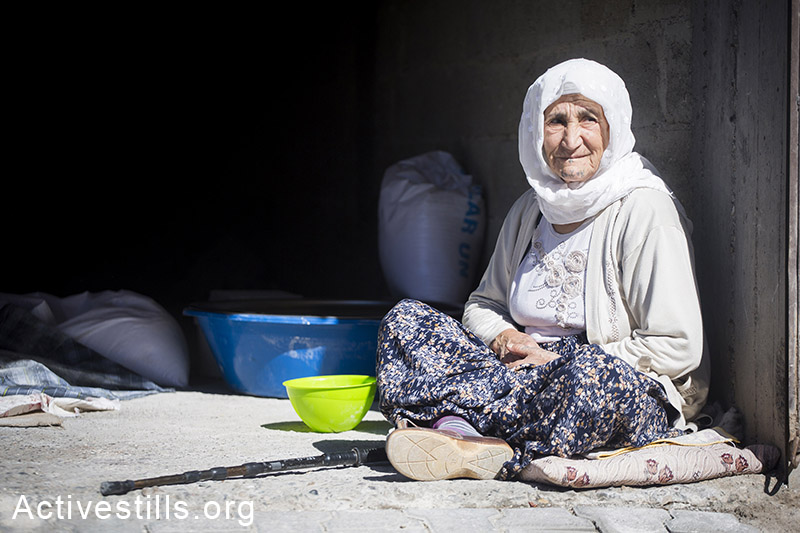 A refugee who fled the Syrian city of Kobane sits in a structure used by refugees as a temporary shelter at the city of Suruc, Turkey, Turkish-Syrian border, October 2014. Photo: Faiz Abu-Rmeleh/Activestills.org

Israeli officials are rather fond of pointing out the different messages Palestinian and Arab leaders put out in Arabic and English. It turns out Israeli Prime Minister Netanyahu isn’t much better.

Netanyahu responded Sunday morning to a call by opposition leader Isaac Herzog, in light of the refugee crisis in Europe, for Israel to open its border with Syria to refugees fleeing ISIS and the civil war there.

Explaining why he will do no such thing, the statement sent by Netanyahu’s bureau to foreign reporters read: “Israel is a small country, a very small country, that lacks demographic and geographic depth; therefore, we must control our borders, against both illegal migrants and terrorism.”

Here’s the thing. He didn’t actually call the refugees from Syria migrants, he used a far more pejorative term that has come to be used by officials in recent years to refer to African asylum seekers.

The original Hebrew version of the statement, available on the Prime Minister’s Office website, refers to Syrian refugees as “infiltrators.” Mind you, none of the refugees have entered Israel, legally or illegally, so it’s not quiet clear how they could be infiltrators.

In a later paragraph, the whitewashing of Netanyahu’s unfortunate semantic choice goes even further. The Hebrew version quotes Netanyahu as saying (my translation): “We won’t allow Israel to be flooded with infiltrators, work migrants and terrorists.”

The English version entirely omits “infiltrators.” It quotes Netanyahu as saying: “We will not allow Israel to be flooded with illegal migrants and terrorists.”

The message here is clear. In Hebrew there is no such thing as a Syrian refugee who might find shelter in Israel; instead, there are infiltrators, work migrants and terrorists. All of those words are meant to scare the average Israeli into rejecting the possibility of taking in refugees. 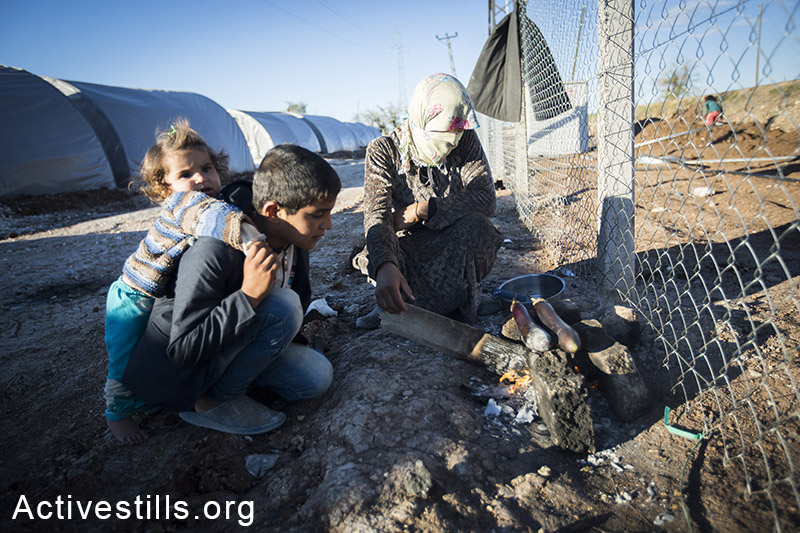 That the English version omits the word infiltrator, opting instead to describe displaced Syrians as illegal migrants, we can see that Netanyahu understands his government’s rhetoric doesn’t go over very well with the rest of the Western world.

Israel has long been under pressure from Western states regarding its policy toward asylum seekers from Sudan and Eritrea. In rejecting the possibility of taking in any significant number of those asylum seekers it has adopted two main arguments: that they are economic migrants and not refugees, and that Israel’s small size makes a inflow of non-Jews a “demographic threat.”