Six years after he fled Darfur for Israel, Mutasim Ali, one of the leaders of the asylum seekers’ struggle in Israel, has been granted refugee status. Ali: ‘Now I can live a normal life with dignity.’ 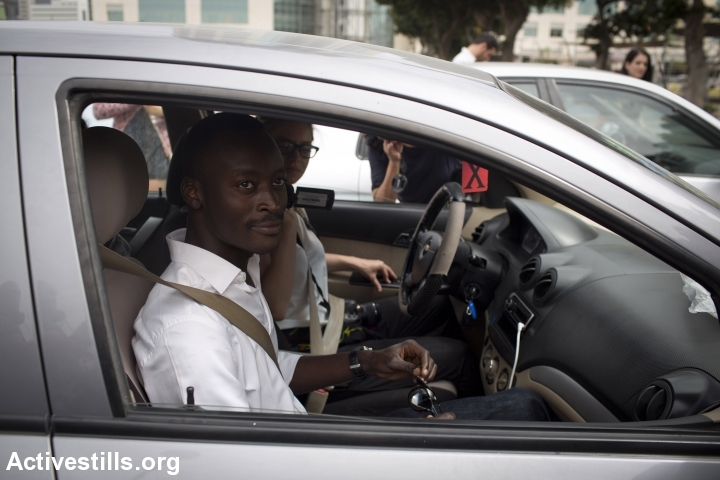 Mutasim Ali was in the middle of his law school class when he learned that he would become the first Sudanese asylum seeker to be granted refugee status in Israel. According to the announcement, which was sent by fax to Attorney Asaf Weitzen, who represents Ali on behalf of the Hotline for Refugees and Migrants, Interior Minister Aryeh Deri had decided to grant Ali refugee status.

Israel has yet to respond to nearly 1,000 asylum requests lodged by Darfuris who fled their country to Israel. These join a long list of over 10,000 of requests by asylum seekers — the vast majority of whom are Eritrean and Sudanese, which are still waiting for a response from the state. Many of these asylum have been in Israel since 2005.

“This is huge, I’m still in shock. I didn’t believe this would happen,” Ali told +972’s Hebrew sister-site, Local Call. “I thank the State of Israel for letting me stay here for all these years, and that it made a decision to grant me refugee status. I hope this is the first step in a positive direction, and that direction should be to grant refugee status to all those who are eligible, regardless of where they come from. Even if our stories are different, they are also very similar, and I am sure that many of us are eligible — all the state needs to do is check.”

“This will be a fundamental change in my life,” says Ali, “Now I can begin to think like a normal person. I won’t worry about what may happen tomorrow. I can live a normal life, with dignity — it’s an incredible thing.”

“The status will give me the space to do bigger things, and specifically to work toward change in my home country — because in the end I will go back there. Meanwhile I believe that I will be able to contribute more to Israeli society.” 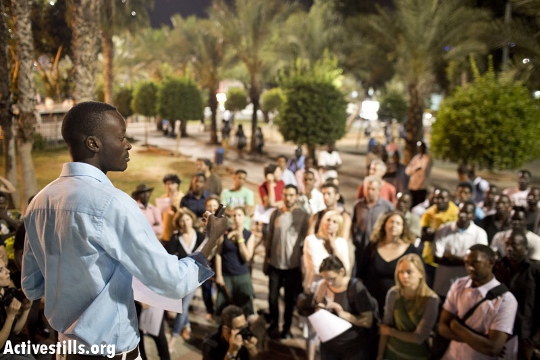 Now that he has been granted status, Ali will need to make an appointment with the Interior Ministry, where he will receive a certificate acknowledging his new status. From there he will go to the National Insurance Institute, and will need to count six months until he is eligible for national health insurance.

The path of a refugee

Ali left his village in Darfur in 2003 to study at Omdurman Islamic University, where he became a political activist. In 2005, while he was still in university, pro-government militias burned his village to the ground, forcing his parents to flee to a refugee camp in northern Darfur, where they live today.

During his studies Ali became an activist to raise awareness about what was happening in Darfur. He organized and took part in nonviolent protests, and called on the international community to intervene in the conflict. He was arrested multiple times, was put in solitary confinement, and tortured. He was never put on trial. After his last arrest, he was forced to flee the country.

Ali came to Israel in May 2009 and was jailed for several months. After his release he attempted to file an asylum request, yet the Interior Ministry prevented him from doing so multiple times. In 2012 Ali submitted a request according to the ministry’s procedures — he was never summoned for an interview.

Over the past few years Ali has become one of the most prominent leaders and spokespeople of the asylum seeker community in Israel. In May 2014 he was sent along with thousands of other asylum seekers to Holot detention center in the Negev Desert. Shortly thereafter the asylum seekers launched a massive protest movement across the country, which Ali helped lead. He was released after 14 months in Holot, but only after the Hotline for Refugees and Migrants filed three administrative appeals and three appeals to the Supreme Court.

In response to the Interior Ministry’s decision, Attorney Asaf Weitzen told Local Call: “I commend the decision and the fact that further legal proceedings are unnecessary for Mutasim Ali to be recognized as a refugee. It is very moving that after all the difficulties and such a long period of uncertainty, imprisonment, and endless legal proceedings, Mutasim finally received the status he is eligible for. I hope that this is a sign of things to come.”