The suspension of a Palestinian journalist by the Israeli Broadcasting Corporation is a reminder that even the most liberal media outlets still view Arabs with suspicion. 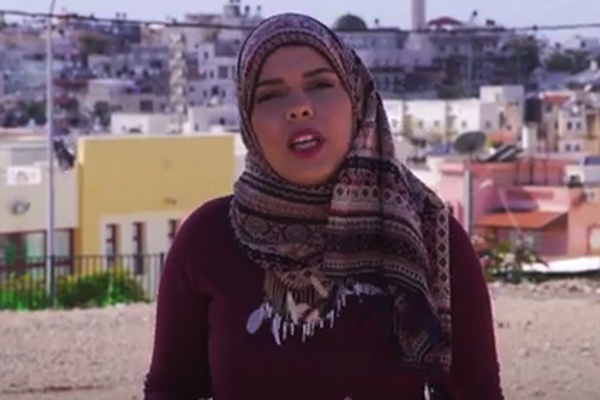 Samah Wattad, a Palestinian citizen of Israel and journalist who works for the newly-formed Israeli Broadcast Corporation (IBC), was suspended Thursday after she retweeted an article that expressed support for Basel al-Araj, a Palestinian activist who was killed by Israeli soldiers last week.

The decision to suspend Wattad came after Prime Minister Netanyahu used the occasion to write a Facebook status that accused the IBC of supporting terrorists. Wattad was forced to backtrack and apologize, claiming that she was misunderstood.

Let’s put aside the fact that Netanyahu and Abbas’ security coordination made it possible for Israeli soldiers to enter Ramallah kill al-Araj in the first place. Basel al-Araj was not a “terrorist,” as he was described by the Israeli media. In fact, among many Palestinians he was seen as a leader and an intellectual who supported armed resistance against occupying Israeli soldiers.

Instead, let’s look at a few important lessons we can glean from Wattad’s story, which should be a warning sign for every Palestinian and Jew in this country who believes in freedom of speech and equal opportunities.

The first conclusion we can draw is that Zionist media outlets in Israel can claim that they are liberal and against silencing Palestinians. But at the end of the day, a Palestinian journalist will always be guilty until proven innocent.

Palestinians in Israel, especially those who work with Jews, have grown accustomed to apologizing. After every armed action against Israeli soldiers or civilians, there will always be a Zionist who demands an apology from the next Palestinian he sees. The Zionist need to abuse Arabs and emphasize the master’s rule over the slave is nothing new.

But what happens when a Palestinian, and in our case a Palestinian woman, dares to retweet something on her personal account, which “proves her guilt,” guilt that clearly stems from the fact that she is an Arab in Israel? She will immediately be burned at the stake, just as “witches” once were. Because what’s better than some racism mixed with old-school misogyny?

Wattad’s retweet presents al-Araj as a romantic revolutionary. But so what? After all, this is what a large part of Palestinians believe. Think about an Israeli journalist who praises an Israeli soldier. Would he also be persecuted in the same way?

Wattad later said that her retweet was for the purpose of spreading news. This is perfectly reasonable, yet it seems as if even this is too much in a state where a Palestinian cannot act without prior approval from his or her Israeli overlord. Arabs, especially those in key positions in various fields, have already been burned at the cross for doing far less. Wattad returned to her position not because the Israeli Broadcasting Corporation is free of racism.

After all, the moment that an Arab is burned once, he will think a million times before daring to publicly criticize — or even simply speak his mind about — the propaganda on Israeli television channels.

The Israeli Broadcasting Corporation, which tried to create the impression of a progressive outlet (shortly after it formed, the company released a video calling on Arab journalists to apply to work there), has proven that it views Arabs, first and foremost, as guilty.

Arabs are expected to adopt a different personality in the media — the kind that Jews like. Even our personal social media accounts are being monitored by Big Brother — by both the Shin Bet and our employers. Who knows, maybe we are Zionist enough and use our screen time to incite against Haneen Zoabi or other Arabs, pro-Israel groups will send us to travel the world, or maybe we’ll be allowed to light a torch on the day we mark the independence of the most racist country in the Middle East.