Israel awarded its most prestigious prize to Miriam Peretz, whose two sons were killed in combat in Lebanon and Gaza. Here are three Palestinians who lost their children, but won’t likely be recognized for their grief. 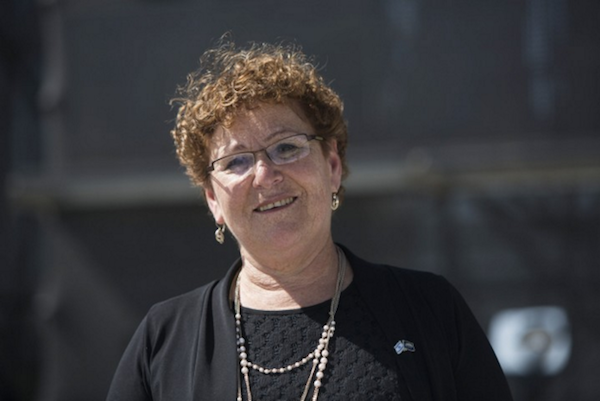 In the days of the Iran-Iraq War, before Iran sent out young — and often very young — men to the front, they would be handed a key to wear around their necks. The promise was that if and when they lose their lives out on the battlefield, the key would open the gates of heaven.

I was reminded of this horrifying story when I heard that Israel’s Education Minister Naftali Bennett chose to award the Israel Prize for lifetime achievement — the most prestigious prize given to Israeli citizens — to Miriam Peretz, the mother of two IDF soldiers who were killed in combat in Lebanon and Gaza respectively. Israel does not send its soldiers to their possible death in order to make it to heaven, but in hopes that their deaths will reward their grieving mothers with a vaunted prize.

Many criticized the Israel Prize committee for failing in the past to give the award to women, Mizrahim, or other marginalized groups. Peretz, as a Mizrahi woman, is the perfect candidate. What is her lifetime achievement? Bereavement. The committee explained its decision as such:

The Israel Prize for lifetime achievement was awarded to Mrs. Miriam Peretz, an Israeli educator who lost two of her sons. They were among the best who died in Israel’s wars. Ever since, Miriam Peretz has dedicated her life to educating and passing down Jewish and Zionist heritage through lectures for teens and IDF soldiers, as well as groups across the world, all in order to brighten our path and strengthen us. 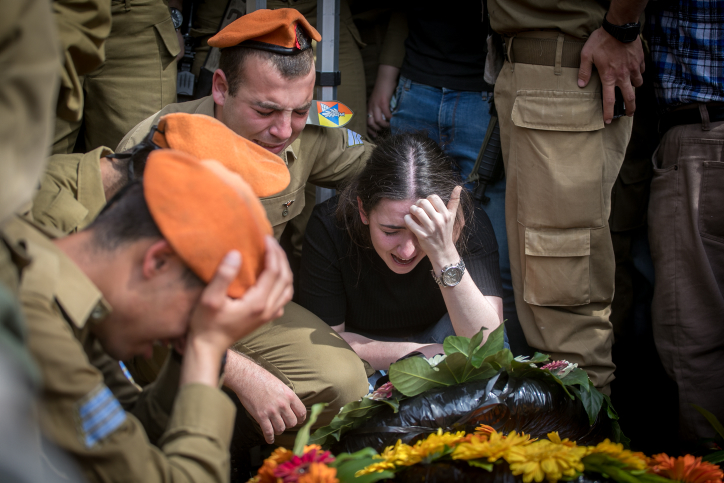 Bennett, who went to Peretz’s house to announce that she had won, tweeted. “Miriam Peretz, ‘The Mother of the Boys,’ who mourned Oriel and Eliraz z”l, dedicated her life to education. Miriam did not choose her difficult life circumstances, yet chose to live and give life to an entire nation. She is the mother of us all.”

Let’s put aside the hypocrisy of a decision by a state that blames Palestinians for celebrating its dead as shahids (martyrs) and supporting their families, while at the same time awarding its most prestigious prize to a woman whose public status is the result of her sons’ deaths. If the criteria for winning awards is how constructively you deal with grief, then the following three people should have won not only the Israel Prize, but the Nobel Prize.

In January 2007, Bassam Aramin mourned the death of his 10-year-old daughter, Abeer. She was killed by a rubber bullet fired by a Border Police officer, after she bought herself a few sweets on her way home from school with her friends in the West Bank village of Anata. What did Bassam do as a response to the horrific killing of his daughter? He turned into one of the founders of Combatants for Peace, a Palestinian-Israeli peace organization that promotes nonviolence and coexistence. Promoting peace has become Bassam’s life mission. He gives lectures to teenagers in Israel/Palestine and abroad, and yet no one has crowned him “the father of us all.” Not only did Bassam fail to win Israel’s recognition; the state took him to court and tried to argue that Abeer may have been killed by a stone thrown by Palestinian rioters.

Some might say that Aramin mourned only one child, while Peretz grieved over two. But what about Dr. Izzeldin Abu al-Aish, whose three daughters, age 14, 15, and 20, were killed during an IDF assault on their home in Jabaliya refugee camp on January 16, 2009, during Operation Cast Lead? Do you know what he did in response to the massacre of his family? He established the Daughters for Life Foundation, which works to provide education and access to health care for teenage girls and women in Gaza and the Middle East, while speaking out at every possible opportunity against revenge and in support of peace. Two years later, al-Aish published a book titled I Shall Not Hate. His response to tragedy did not earn him a prize or even recognition from the Israeli side. On the contrary: the IDF did what has become routine in these cases, and blamed the girls for their own deaths, claiming that someone had opened fire at Israeli forces from their home. 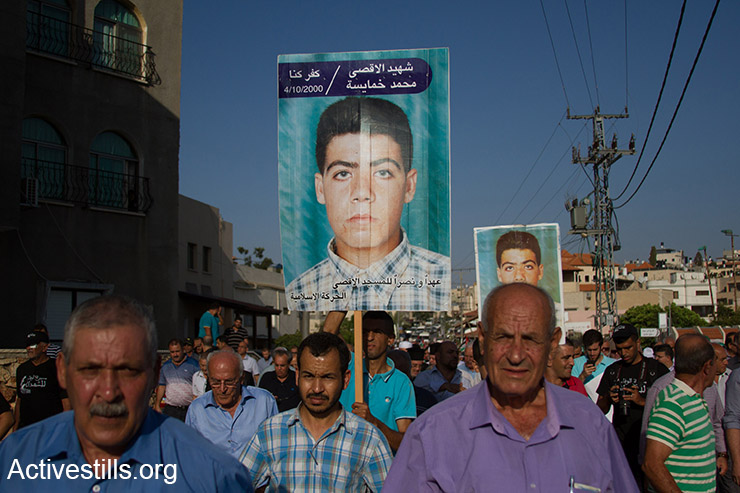 Palestinians with Israeli citizenship take part in a march to commemorate the killing for 13 protesters by the Israeli police during the October 2000 events, in the northern city of Sakhnin, October 1, 2015. (Activestills.org)

Some might argue that Aramin and al-Aish are not Israeli citizens, and thus their grief — which is their own fault — is none of our business. So what about Aseel Asleh, the 17-year-old Israeli citizen who was shot to death by Israeli police during the October 2000 protests? The young man whose killer was never revealed due to conflicting testimonies and the refusal of one police officer to undergo a polygraph test. The young man, who according to the Or Commission did not take part in confrontations between Arab citizens and the police but was killed nonetheless. The same young man whose brother-in-law, Ayman Odeh, who would become the head of the Joint List, and represents the clearest example of striving for Jewish-Arab coexistence and nonviolence? The young man whose mother, also an educator, was forced to leave her post because she could not overcome her grief? Did his family receive any special recognition?

Miriam Peretz’s loss, her grief, are heartbreaking, and her strength is inspirational. But when a state gives awards for bereavement in uniform, it nationalizes the bereavement and assigns a positive value to death itself. It turns death into a source of pride, as long as that death happened in the “proper” circumstances; as opposed to Peretz’s sons, 10-year-old Abeer, the daughters of Dr. Abu al-Aish, and young Aseel were not killed while wearing IDF uniforms on foreign soil, but were killed as unarmed civilians in the face of one of the most powerful armies in the world. They were martyrs on the wrong side of the battlefield. There is no prize waiting for them or their families. Only grief, loss, and institutional abuse.