Netanyahu loves Donald Trump as president so much that he is willing to overlook anything — even tacit support for white supremacists. 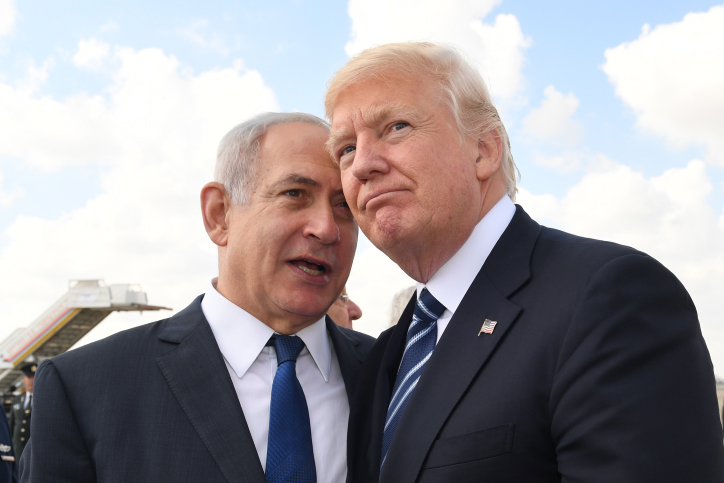 President Donald Trump with Prime Minister Benjamin Netanyahu prior to Trump’s departure to Rome at the Ben Gurion International Airport in Tel Aviv on May 23, 2017. (Kobi Gideon/GPO)

“This is bonkers. Israel’s government says don’t overreact to neo-Nazis in the U.S. because it could hurt relations with Trump. Totally insane.”

So said Dr. Brian Klaas, a Fellow in Comparative Politics at the London School of Economics on Twitter. Klaas has frequently tweeted his criticisms of U.S. President Donald Trump, but has only occasionally commented on Israel, though he clearly has a background in the subject.

Klaas was moved to tweet this comment by the words of Israeli Minister of Communications, Ayoub Kara. Kara told the Jerusalem Post that “We need to condemn antisemitism and any trace of Nazism, and I will do what I can as a minister to stop its spread. But Trump is the best U.S. leader Israel has ever had. His relations with the prime minister of Israel are wonderful, and after enduring the terrible years of Obama, Trump is the unquestioned leader of the free world, and we must not accept anyone harming him.”

Kara added that Trump has “a proven track record in opposing antisemitism and religious extremism.”

Kara is not a marginal figure, even though very few Americans have ever heard of him. Although he is Druze, not Jewish, he is among the most right wing of Likud politicians and is a staunch supporter of Prime Minister Benjamin Netanyahu. His position as Minister of Communications, and his very close relationship to Netanyahu, reflect the fact that he is often speaking Netanyahu’s mind, and can usually be counted on to say nothing the Prime Minister would not agree with.

Kara was an outspoken critic of Barack Obama, and his strong support here for Trump should come as no surprise. But just as Trump has refused to credibly condemn the extreme right wing, so has Netanyahu refused to make anything but the most minimal comment on the incidents of public anti-Semitism. And Kara is surely speaking for Netanyahu as to why. 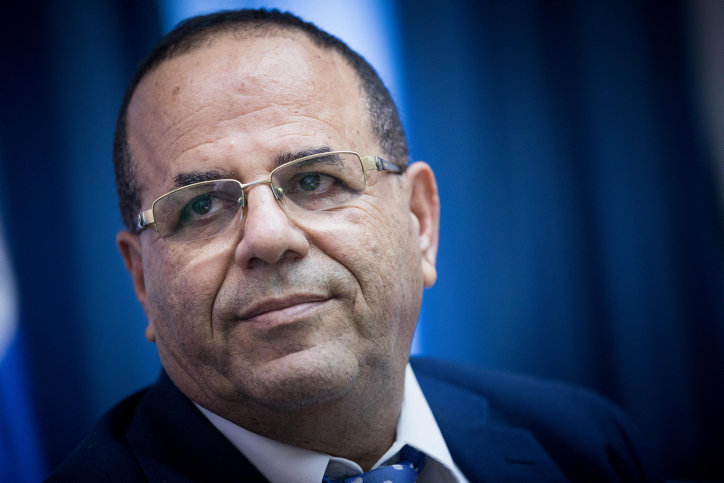 It’s important to note here that even Israeli leaders who have spoken out about the white supremacist demonstrations in the United States have, with few exceptions, either avoided mentioning Trump’s response or only barely alluded to it. But Netanyahu made the weakest statement of all, when his position demands the opposite.

The obvious reasons for this are the ones that Kara listed. Trump has largely ignored the Israel-Palestine conflict, with his envoys having a few meetings and the president himself making an occasional comment. Netanyahu has been mindful not to draw attention to Israeli actions recently, but there is no sign that he is at all concerned about having to negotiate in any substantive way with the Palestinians.

Meanwhile, the strangulation of Gaza continues, settlements keep expanding, the occupation becomes more entrenched, and no one Netanyahu cares about is saying very much.

The cynical use of anti-Semitism by the Israeli right is, by now, such an old story it is almost passé. But there’s a very interesting contrast between Trump and Obama that is even more telling than Netanyahu’s lack of response to growing anti-Semitism in the United States.

In early July, Trump had one of his few successes when he and Russian President Vladimir Putin agreed to a ceasefire zone in southern Syria. Israel’s dissatisfaction with the arrangement was well known, even before the agreement was finalized. Netanyahu worked the phones with both Trump and Putin, making it clear he did not consider having Iran’s ally, Russia, as the guarantor of Israeli concerns in southern Syria satisfactory. These concerns were heard and summarily ignored by both Russia and the United States.

Some may see in this a parallel to the Iran nuclear deal, where President Obama heard Netanyahu’s opposition but proceeded with the deal regardless. But there is a crucial difference. 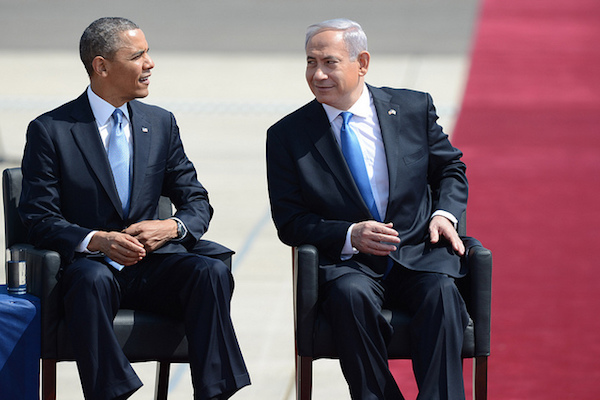 Obama believed, and stated numerous times, that the Iran deal was not only in the best interests of the United States, but also Israel. While that was not a universal opinion, it was, crucially, shared by Israel’s military and intelligence communities, who continue to support the deal to this day. Indeed, it was Netanyahu who, ignoring the advice of his own military and intelligence experts, was endangering Israel’s security for political gains. Now he has a political ally in the White House, rather than someone who shows legitimate concern for Israel’s security.

Trump stated, in response to Netanyahu’s objections, that Israel’s concerns would be addressed. But he didn’t elaborate on that statement, and no aspect of the ceasefire agreement has changed. In contrast to the Iran deal, Israel’s military and intelligence communities are deeply concerned about the potential for Iran to establish a long-term presence in southern Syria. A report last week indicated that the effort to alter the cease fire agreement was much wider than the Prime Minister’s office, and included the military and intelligence leadership. Ongoing Israeli engagement on the issue with the Trump administration by these leaders is not yielding results.

The support of Israeli defense and intelligence leaders was a crucial part of Obama’s ability to sell the Iran nuclear deal. Had these leaders been opposed to the deal, it is quite possible the talks would have failed, not least because Obama himself might have been less committed to them. Despite the actions Netanyahu took to undermine Obama (actions which long preceded the Iran deal) and the often insulting attitude he displayed, Obama never wavered in his commitment to Israel’s security. This was so much the case, even Netanyahu had to repeatedly admit that security cooperation and coordination with the United States reached all-time highs during Obama’s presidency.

Yet when Trump abandons Israeli security, it’s still not enough to get Netanyahu to criticize the President’s tacit support for white supremacists. Instead, Kara, certainly speaking the mind of Netanyahu, praises Trump for opposing what he clearly has not opposed.

It is understandable that Netanyahu would enjoy having a man like Trump in the White House. In many ways, the two are kindred spirits. But more importantly, Trump has essentially given Netanyahu a free hand. He rarely mentions settlements, only occasionally alludes to reviving a peace process, and has a team of right wing American Jews leading what little diplomatic effort there is.

But that does not sufficiently explain Netanyahu’s willingness to ignore both Trump’s tacit support of white supremacists and his total disregard of Israeli security concerns.

What does explain it is much subtler. It is a growing normalcy.

Today, Turkey and Jordan issued a joint statement urging the resumption of peace talks according to international resolutions and with a “precise timetable.” It is unlikely that this call will even merit a comment, let alone any support or action, from any corner. The situation as it stands today is one where Israel has essentially segregated the Arab parts of East Jerusalem and the rest of the West Bank and maintains its siege on Gaza. Those conditions have held for years now, and have become the new normal. Only the efforts of the Obama administration prevented their normalization previously. 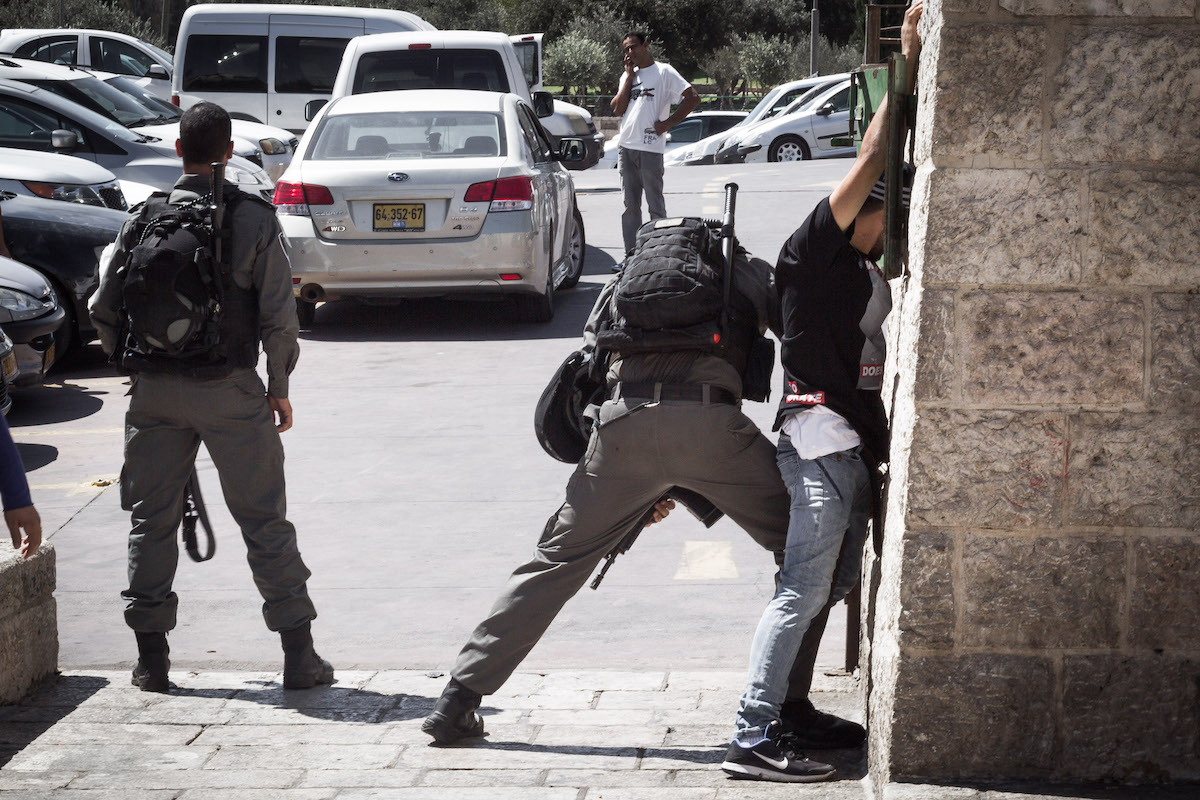 For Netanyahu, there are both short and long term benefits to this that are very significant. In the short term, the only defense he is likely to have against the corruption charges being readied against him is the claim of his purported popularity, which will certainly be bolstered by an extended period during which Israel is not being attacked on a large scale either physically or politically.

Already, Israelis have seen months go by without any pressure to engage the Palestinians. Meanwhile, the Boycott, Divestment, and Sanctions (BDS) movement is seeing legislation being passed in many U.S. states to marginalize it and criminalize support for it, while in Congress, a bill to do the same has faced significant opposition, but could still pass. In Europe and in the Arab world, the Israel-Palestine conflict continues to drop lower on the agenda, all the more so as concerns (or, in some cases, perceived opportunities) over Trump’s policies or lack thereof occupy more and more space.

So, Netanyahu can credibly claim to have not only achieved the greatest calm Israel has seen in its history, but to be continuing to build on and entrench it. He has shown in the past that he can make such claims without sacrificing his demagogic ability to frighten the populace when he needs to. 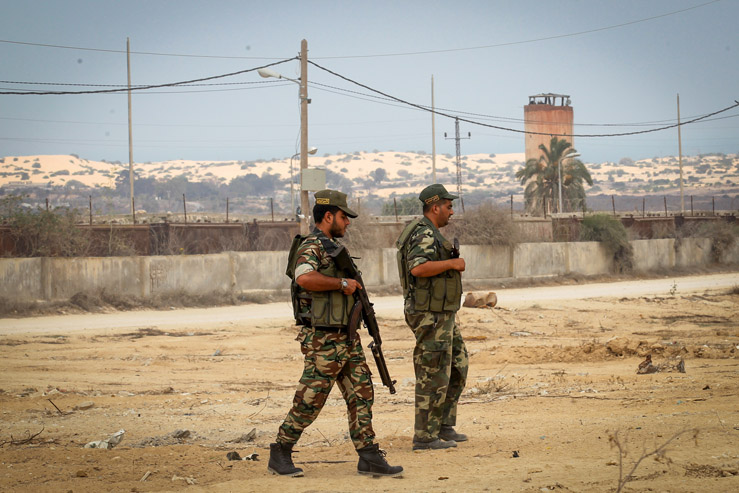 Of course, Netanyahu also knows that he is merely holding a lid on a pressure cooker. Gaza cannot long survive in the condition it is in. The West Bank will only remain sedate for so long, as Israel strangles its economy and smothers the rights of the Palestinians living there. The hopelessness and frustration of another generation that has grown up without human or civil rights, without freedom, and without any reason to believe things will get better will eventually lead to another round of violence. But when that does happen, Netanyahu will have established a new status quo, with settlements being seen as parts of Israel and Gaza cut off, that the international community will help Israel get back to, even as they press for final status talks again.

That’s the prize that Netanyahu sees. He has, for years, worked to shift Israel’s American support to a farther right-wing base, so he has minimized the damage his silence on Charlottesville caused. And he knows too that, apart from a major regional war, Israel is quite capable of dealing with any threat Hezbollah or Iran might pose in Syria without the help of the United States. He can feel secure that Trump, and very likely his successors, will back any action Israel takes against an Iranian-backed militia.

In exchange for his acquiescence on these matters, Netanyahu believes he will reach an endgame with the Palestinians. He believes he can explode the notion that endless occupation is unsustainable. Obama would never let him test that idea. Neither would George W. Bush, his previous “best-ever president for Israel.” But Trump will. That’s why Netanyahu loves him so much that he is willing to overlook anything.