Throughout history, the sea has always been considered the primary outlet for Gaza.  Today, even with Israel’s acts of aggression and occupation, the sea is still considered vital for Gazan life. This small coastal enclave has acquired many of its habits and traditions from the sea and developed itself through this maritime resource. Photographer Basel Yazouri, born and raised in the Strip, takes us along for a photographic stroll along Gaza City’s shoreline. Clouds hang above the Gaza coast during a stormy day as smoke rises from a power plant across the border in Ashdod, Israel. (Basel Yazouri/Activestills.org)

The fishing trade has always been an important aspect of the economy in Gaza. However, there was a dramatic decrease in production due to Israeli-imposed restrictions as part of the siege. According to United Nations Office for the Coordination of Humanitarian Affairs (OCHA), the number of fishermen has declined from about 10,000 in the year 2000 to only 3,500 in 2013—about 95 percent of whom receive international aid. Israel unilaterally enforces a three-nautical-mile fishing zone, preventing Palestinians from accessing 85 percent of the maritime area they are entitled to according to the 1994 Gaza-Jericho Agreement. Fishermen are routinely shot at, arrested and have their boats confiscated when they the edge of the maritime zone. Besides fishing, the sea provides other jobs, such as making hooks and nets, building boats, and making ice for fish that has been caught to keep it fresh.

During the summer, the city is empty because of the unbearable heat; people flock to the shore, which becomes a reprieve in their daily lives. It even becomes difficult to even walk around on the beaches because of the crowds. Here in Gaza, the sea brings all people together. If you visit the beach in Gaza City any day in the summer, you will find all kinds of people there swimming, relaxing, barbecuing, kids riding bicycles, motorbikes racing on the street near the beach, people selling snacks and other businesses. 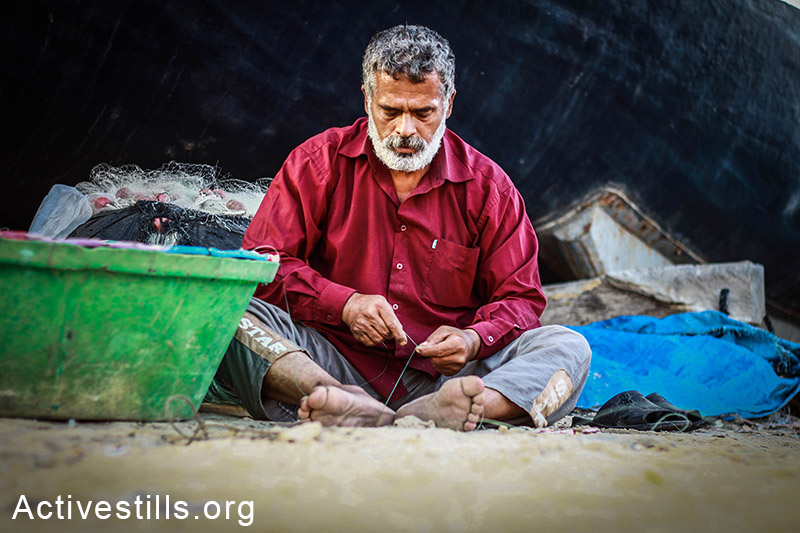 An old man makes fishing hooks by hand to sell to other fishermen. (Basel Yazouri/Activestills.org) 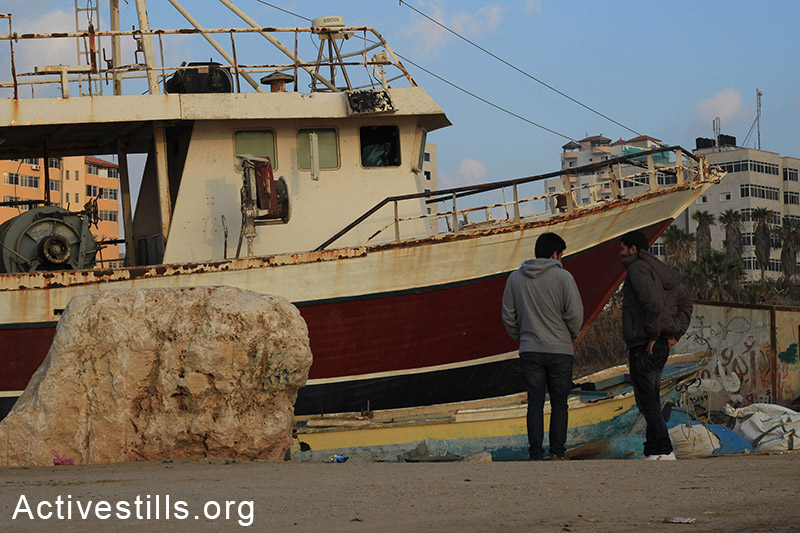 Young men stand beside an old ship in the Gaza port. (Basel Yazouri/Activestills.org)

In winter, fishermen launch their boats and must face the cold weather in addition to Israeli warships. Despite the cold, many people still visit the shore, watching the strong waves collide against the rocky shoreline.

I was born and raised in Gaza. For me the sea is so important because this is the only place where I can feel free and just have fun. Like every other person living here, I cannot get enough of it. Generations have passed on their love of the coast, which has shaped the nautical character of the city and its people — especially when it comes to traditions and food. Gaza has many delicious and spicy seafood dishes that represent the taste of this city, such as: zibdiya (shrimp bowl), syadiya, sardine kofta, grilled and smoked fish, and spicy grilled crabs. 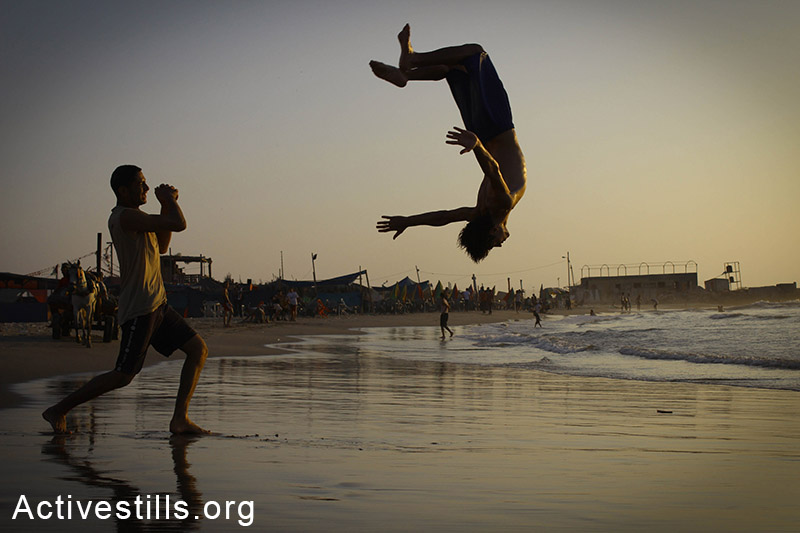 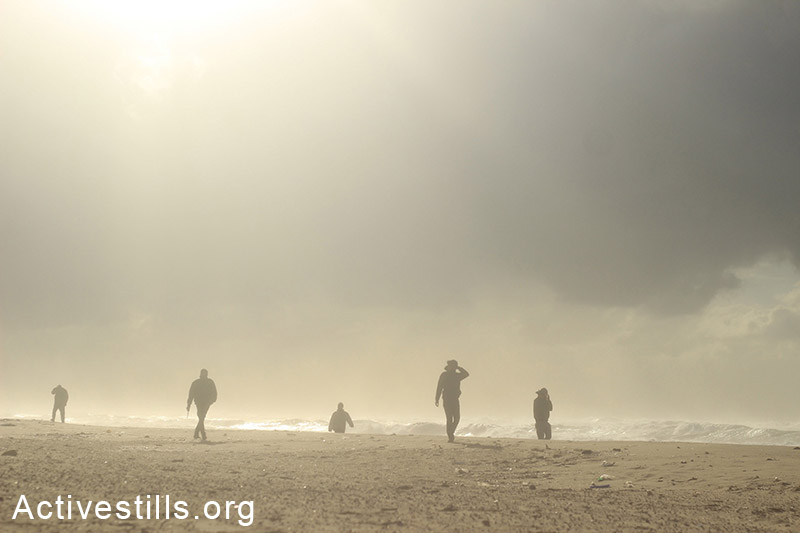 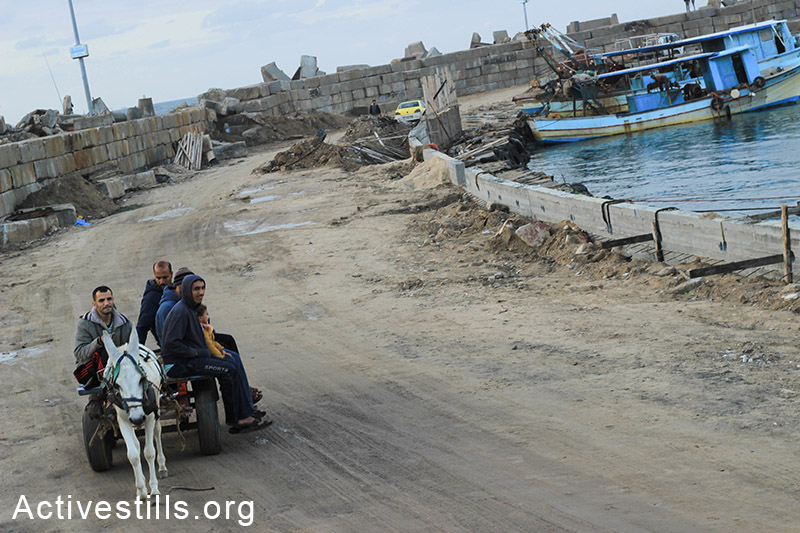 A group of men pass by the Gaza seaport on their wagon. (Basel Yazouri/Activestills.org 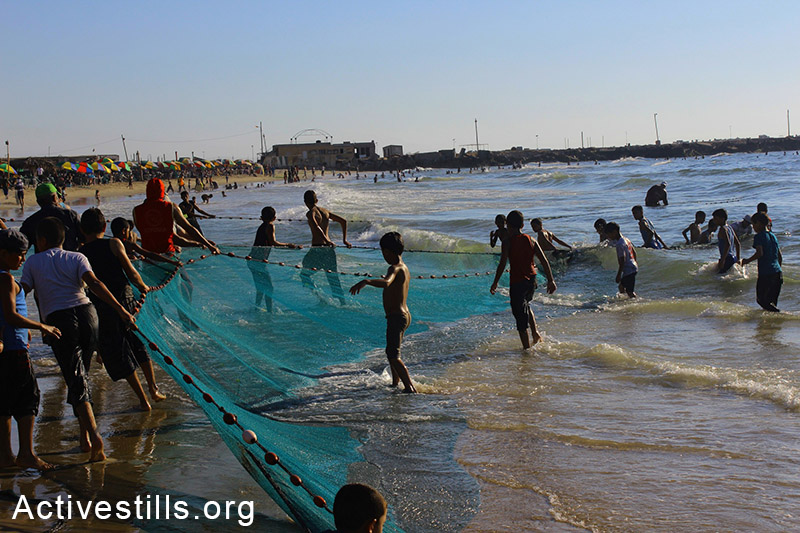 Children play near fishermen pulling out their nets on a Gaza beach. (Basel Yazouri/Activestills.org) 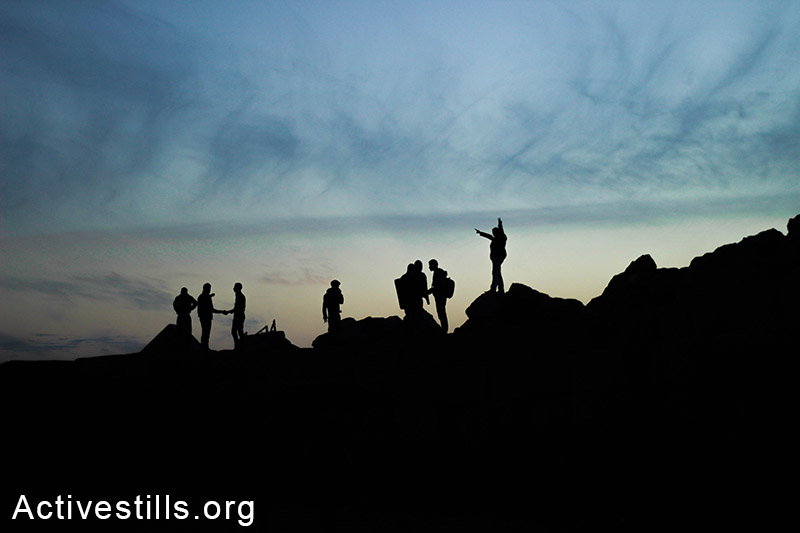 Young men stand on rocks during sunset at the Gaza seaport. (Basel Yazouri/Activestills.org

Gaza’s land borders, which include many green and open areas, are enforced as “no-go” zones by the Israeli military and remain very dangerous and inaccessible to Palestinians. As the Gaza Strip has few open areas where people can relax, Palestinians are constantly looking for a place where they can feel independent and happy. The shore is this special place. So imagine this city without a sea! 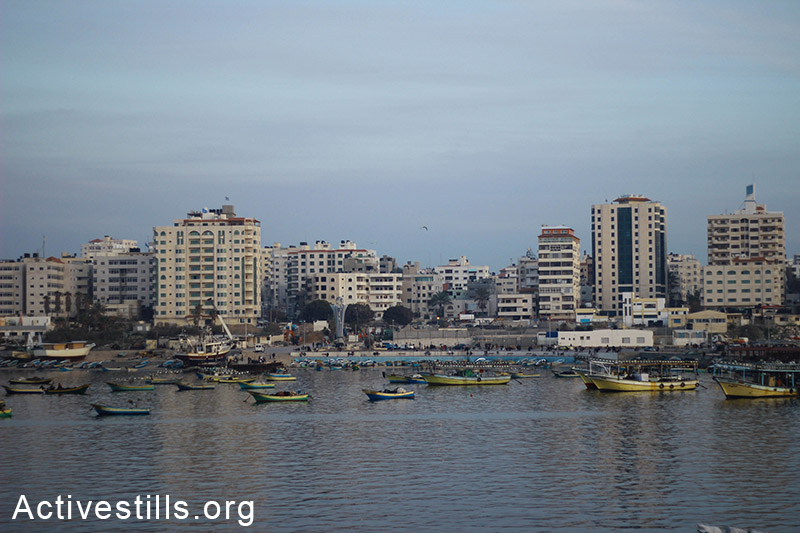 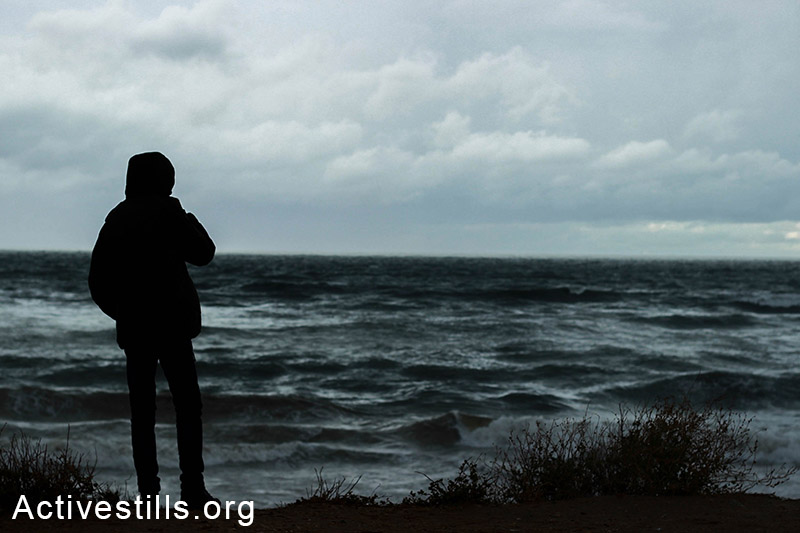 A man faces the wind on a cold and stormy day on the Gaza coast. (Basel Yazouri/Activestills.org)