“Knock on any door in this street and ask who would be willing to rent an apartment to Arabs and I’ll bet you no one will,” says an Arab student from Safed 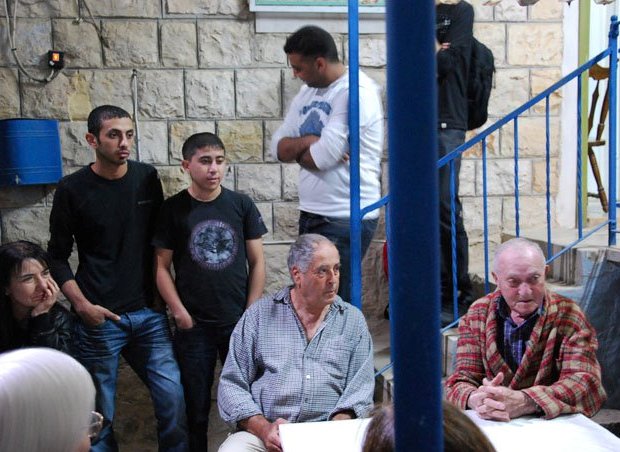 In the public park adjacent to the Zefat (Safed) Academic College, all the stone seats and wooden benches are adorned with black marker writings such as “no sitting for dogs, pigs and Arabs”, “life is beautiful without Arabs” and “death to the Arabs! Who doesn’t agree?”. The question is rhetorical, of course, leaving little room for doubt. Its author is confident that everyone in Safed agrees with him, who doesn’t? Perhaps only the college’s students, two thirds of whom are Arab.

“The tension in Safed” as one Haaretz headline referred to it, is alleged to have started when the city’s chief Rabbi, Shmuel Eliyahu, decreed that sales and rental of apartments to Arabs is forbidden. The plot thickened when venerable Safed resident and Holocaust survivor Eli Tzvieli defiantly accepted several young Arab students as his tenants, receiving threats from anonymous callers as a consequence.

Some elements in Israel’s left may already be plotting a demonstration in solidarity and protest. The picketers and megaphone shouters would undoubtedly march through Jerusalem Street where the campus is located, pass by the alley where Tzvieli and his tenants reside, and might continue on to the nearby Chabad-populated neighborhood. Rabbi Eliyahu would no doubt be cast as Haman in this “Adloyada”, and Tzvieli would star as Mordechai.

It is unlikely that the youth partaking in this march, some of whom may have marched through the Arab neighborhoods of Sheikh Jarrah and Silwan in Jerusalem, or from the center of apathetic Lod to the unrecognized village of Dahmash on its outskirts, would have fully grasped the situation particular to Safed. Rabbi Eliyahu’s ban on rental of property to Arabs was, after all, backed by 17 other Israeli Rabbis. While many Jews in Safed may not share his views, this seems to be a trend which most of the city – including the authorities – dares not to break with.

It is in that garden just outside the college, on the seats scribbled with “death to the Arabs”, that myself and the Meretz members I accompanied sat with young Arab students from the college to learn the situation and discuss solutions. “Knock on any door in this street and ask who would be willing to rent an apartment to Arabs and I’ll bet you no one will” one of them told us. His words were backed by a number of personal testimonies given by others.

The hostility reached its most violent manifestation when youth from the Chabad community threw rocks at the window of the one apartment rented out to Arab students. By the time the police arrived, they recounted, the glass was completely gone. The Arab students say that a border policeman even gestured with his rifle at the window and then fired a shot in the air. The students are afraid to appear in view of TV cameras for fear that elements in the city would later recognize a face and mark them for harassment.

Protesters might march then, curse the name of Rabbi Eliyahu and praise that of the hero Eliyahu Tzvieli, then fade back southwards like a cloud of fog dispersed, but the problem would persist or worsen. Even if the improbable should occur, even if Haman the Evil should find himself and his ten sons hung on a letter of dismissal or a lawsuit – the college’s students would remain amidst a hostile and agitated environment, exposed to bullying, neglected by a city council biased towards its voters.

The question “Death to the Arabs, who doesn’t agree?” could continue to reverberate, unanswered, as the case of Safed clearly marks the limit of popular protest’s effectiveness, where further incursion may prove counterproductive, even tread dangerous territory. 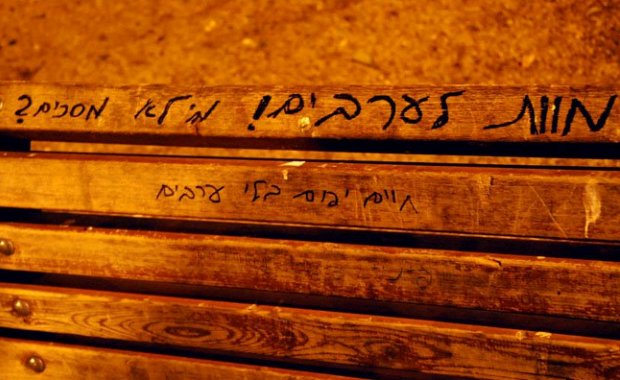 As for the visitors from Meretz, they have committed to respond on three levels: 1. Help to ensure a democratic process in the upcoming elections for the college’s student body. 2. Meretz MK Ilan Gil’on will attempt to affect municipal politics by approaching mayor Ilan Shochat. 3. Party member, attorney Yifat Solel drafted a bill against discrimination in housing, akin to the American Fair Housing Act, which Meretz is now proposing to the Knesset.

Whether or not these efforts will prove successful remains to be seen.  The current Knesset is about to approve a new law that would allow small communities to reject candidates for residency on the basis of “social suitability” criteria. This implies a slant in favor of discrimination in housing, and certainly does not bode well for a fair housing act.

Daniel Oz is an Israeli poet, musician and political acivist

BECOME A MEMBER
More About Meretz