Weighted down by historical, religious and linguistic inaccuracies, Egyptian television series ‘The Jewish Quarter’ nevertheless tells an intriguing story of the political, social and religious changes that have transformed Egypt — in 1948 and in 2015. 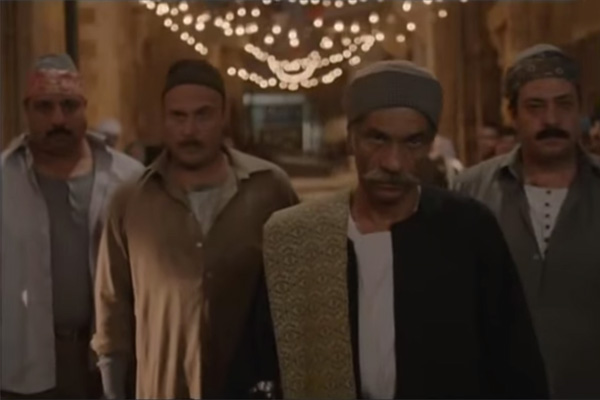 An Egyptian Ramadan television series called “The Jewish Quarter”* has attracted quite a bit of international media attention for its sympathetic portrayal of Jewish Egyptians during the years immediately following the establishment of the State of Israel in 1948, up until 1954.

Set in Cairo, the ongoing multi-episode drama takes its name from one of the city’s oldest neighborhoods, where Jews, Muslims and Christians once lived peaceably as neighbors. It is full of clichés and rife with inaccuracies in terms of costume and historical details. Also, the acting is frequently way over the top — which is actually quite helpful if one happens to be hobbled by limited knowledge of Arabic (here I must thank my wonderfully patient Egyptian friends, who watched and explained each episode to me). But despite these flaws the story is engaging and even gripping at times. It is also fascinating for its implicit political messages and what they say about the narrative of the Sisi regime toward the Muslim Brotherhood and Israel-Palestine.

In “The Jewish Quarter,” the Muslim Brotherhood has replaced the Jews as the villains. It is they who commit acts of terror aimed at upsetting Egypt’s political stability and at tearing apart its social fabric. And the Jews are not all perfidious Zionists: some — the heroic ones — are patriotic Egyptians.

The story opens one night in 1948, with a boy wearing a galabiyeh and flip flops running through the narrow streets shouting “turn off the lights! Turn off the lights!” as panicked residents tumble down the stairs from their apartments and spill out onto the streets, calling out to one another. Jewish, Christian and Muslim residents all run to the synagogue to shelter from an imminent aerial bombardment. The Egyptian army is fighting the newly-established Israeli army.

Episode One of The Jewish Quarter

As the neighbors of all three monotheistic faiths gather in the Jewish house of worship we are introduced to Leila, sitting with her parents. She is the beautiful Jewish heroine, who is equally passionate about her patriotism for Egypt and her love for Ali, a heroic Muslim army officer who is off fighting Palestine-now-Israel. Leila works at an exclusive department store that is reminiscent of Cicurel, one of several elegant Jewish-owned shops that dominated Cairo’s upscale commercial districts up until the 1950s. When she speaks with customers, Leila sprinkles her Arabic with French words and phrases, as was common at the time among the upper class. Her brother Mousa, a ballroom dance instructor, is secretly a Zionist activist who collects money for Israel. When Leila discovers this, she accuses her brother of stealing land (from the Palestinians). He ultimately leaves Egypt and settles on Kibbutz Nahsholim, the mention of which shows off the research that went into the series, because that kibbutz did indeed attract many Egyptian Jewish immigrants.

Meanwhile, heroic Ali, the handsome Egyptian army officer, is wounded and captured by the Israelis. He wakes up in a hospital where all the Jewish-Israeli nurses are blonde and blue-eyed, and wear uniforms decorated with the Star of David. The Israeli army officer who interrogates and then vigorously tortures Ali is also blue-eyed and blond. The visual of these Aryan Zionists is clearly meant to push the narrative about Israel as a European colonial entity, but it’s so crude that it’s distracting.

Even more distracting in Episode 5 is listening to the Israeli officer carry on a brief conversation in Hebrew with a Palestinian collaborator. The Egyptian actor who plays the Israeli officer speaks Hebrew with an accent so unbelievably atrocious that I could barely understand what he was saying, let alone pay attention to the words. It’s obvious that a lot of money was spent on production values and research for this series, so failing to hire a Hebrew speaker to provide a bit of dialogue coaching is not all that forgivable. But it seems that the producers of “The Jewish Quarter” do not really aspire to rigorous accuracy, unless it promotes a political agenda.

Several critics have pointed out that the actual Jewish quarter in Cairo was a squalid place of dirty narrow allies, where the Jewish population was composed of Arabic-speaking Karaites, rather than the educated middle class Jews who spoke French and lived in more genteel parts of the city. And all the portrayals of Jewish religious ritual in the series are completely wrong, with no attempt at all at accuracy. A wedding ceremony in the synagogue is basically an Egyptian Muslim wedding with a chuppah, for example. The blessings are incorrect and, in other scenes, the portrayals of Jewish Sabbath observance are a weird fantasy mashup of voodoo, Christian Orthodoxy and imagined Judaism. The rabbi’s sartorial style is clearly ripped off from images of West Bank settler rabbis (large crocheted yarmulke, dress shirt without a tie and a long, ragged beard) rather than taken from images of Egyptian rabbis of the mid twentieth century — at least, those who presided over synagogues attended by the middle class. They tended to be clean-shaven and favored fedoras or tarboushes rather than yarmulkes.

The interaction of the Egyptian officer (Ali) with the Palestinians he is fighting for also illustrates an interesting shift in both official and popular attitudes.  Traditionally, the portrayal of Palestinians in Arab popular media has been highly romanticized. They are presented as heroic resistance fighters carrying out armed attacks on military targets, or unarmed protestors facing down Israeli tanks with stones and burning tires. But in “The Jewish Quarter” the Palestinians are relatively passive and ambivalent, even collaborating at times with the Israelis. Ali is the heroic rescuer who is more passionate than the Palestinians about saving Palestine. This is in keeping with the narrative promoted by the Sisi regime, which emphasizes that Hamas is the Palestinian branch of the Muslim Brotherhood, now branded as terrorists, and that Hamas is suspected of helping Islamist militants carry out terror attacks in the Sinai. It also reflects an implicit sense that there are bigger problems in the Middle East than Palestine these days, starting with Syria, and that perhaps the Arabs have sacrificed enough for Palestine.

And then there’s the Muslim Brotherhood, which plots to frighten the Jews out of Egypt by bombing their shops and residences. This did actually happen, but not according to the historical timeline specified in the series. Interestingly, there is no mention of the notorious Lavon Affair, named for then-defense minister director Pinhas Lavon. In 1954 Israeli Intelligence recruited Egyptian Jews to carry out terror attacks on cinemas and libraries in Alexandria and Cairo, which were meant to be blamed on the Muslim Brotherhood and Egyptian Communists. The idea was to create political unrest in Egypt, thereby providing Britain with justification for keeping its armed forces in the Suez Canal. The plan failed and was a huge embarrassment for Israel, where it was for decades referred to as “the bad business.” But there’s no mention of this affair in “The Jewish Quarter,” which is a fascinating omission because it’s such low-hanging political fruit in a country where the popular attitude is reflexively anti-Israel.

Just as it’s difficult to determine if Netanyahu pushed Israel to the right or if Israelis elected Netanyahu because they had shifted to the right, it’s difficult to determine whether “The Jewish Quarter” reflects popular Egyptian attitudes or if the producers are promoting the Sisi regime’s narrative via a popular drama series. But either way, it’s still a good story.

*The whole series is on Youtube, with new episodes uploaded daily.

Correction: In an earlier version of this article, Pinhas Lavon was identified as the former director of the Mossad. He was in fact the Minister of Defense. The article has been updated accordingly.