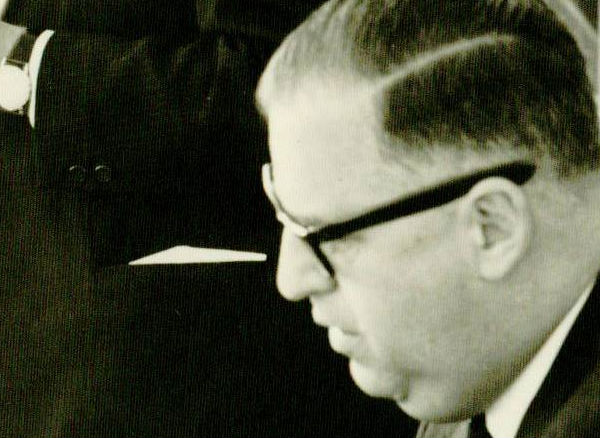 There’s been some noise at the annual convention of Israeli ambassadors in Jerusalem. The entire professional staff of the foreign ministry joined in protest over the financial conditions of diplomats. Instead of arriving to the convention in suits, the ambassadors and their colleagues wore black t-shirts bearing the inscription: “I am an impoverished diplomat.” They blew whistles to disrupt the speakers.

The diplomats demand that their conditions be equated to those of Israeli army and intelligence personnel posted abroad. The ministry’s workers union, led by Hanan Godar, announced that until a solution is found, no worker will appear at work in formal attire. Various functions will not be performed, contact with other government ministries will not be maintained and visits to the offices will not be allowed.

There’s more here than meets the eye. The professional staff of the foreign office is one of the most miserable sectors in Israel today. These are people who love their country and the world. These are people who, regardless of their political positions, have joined the diplomatic corps because they believe in diplomacy. Dealing with political appointments at the ministry was always a challenge, but since the appointment of Avigdor Lieberman as minister and Danny Ayalon as his deputy, the very concept of Israeli diplomacy has become an oxymoron.

When the ambassadors whistle, they don’t only whistle about money, or rather: they whistle because they deserve a fortune for performing an impossible job. On a recent visit to the ministry’s impressive Jerusalem headquarters I was told by one of its veteran officials: “This in no longer the same ministry. Something of the spirit is lost.” Here was a man who served under quite a few ministers since the 1970s. Take his diplomatic understatement and interpret it to the best of your understanding.

When the deputy foreign minister marks international human rights day by holding a press conference with members of NGO Monitor, who demonize human rights activists; when the Turkish ambassador is called in to be questioned about a television program aired in his country, and then given a short stool to sit on, in order to humiliate him; when the foreign minister appears before the general assembly of the UN and speaks of his own personal, radical plan for stripping thousands of their citizenship, one that was never approved by the government; when all of this comes to pass, diplomacy is impossible.

I strongly support our diplomats in their struggle. They are a group that cannot voice dissent. These are people who made a commitment not to speak against their country’s policies and the official line picked by their superiors. Yes, they only protest their salaries, but the only thing they can protest is their salaries.

I truly believe that their unrest goes beyond salary and can only be expressed in this manner. Having said that, I believe them that they are badly underpaid, both in comparison to the IDF and Mossad representatives and to diplomats of other countries. This, after all, is a country that has lost interest in its professional diplomats. They are only an obstacle on its path to alienating the world and isolating itself.