In an atypical move, Prime Minister Benjamin Netanyahu contacted, through an envoy, Palestinian Authority President Mahmoud Abbas Friday to express the severity of Thursday’s firebomb attack on a Palestinian taxi cab that left six people, including two children, injured. According to Haaretz, the prime minister conveyed to Abbas that Israeli security forces would do everything in their power to track down whoever is responsible for the attack and bring them to justice.

This is considered unusual behavior for the prime minister, who has in the past reacted to “price tag” attacks such as the torching of a mosque with a mere statement of condemnation. In many other cases of settler violence – such as the destruction of olive trees or even the brutal attack on leftwing Israelis in Anatot last September – he has made no such statement at all.  It is likely that Netanyahu did this because he fears reprisals in the West Bank and is trying to thwart any backlash.

Beyond reassuring the PA and condemning the attack, he ordered his security forces to go to the settlement of Bat Ayin, where the suspected perpetrators of the firebomb attack came from, and warn the youth there that they are “being watched.” According to the report in Haaretz Hebrew, Border Police and Shin Bet officers entered the settlement at 3 a.m. and informed one of the teenagers that he was seen at the scene where the firebomb was thrown yesterday shortly after it happened. Although I find it highly inappropriate conduct to accost minors in their homes in the middle of the night (what Palestinian minors go through is a hell of a lot worse, but the tactic remains wrong),  for reasons unclear and baffling to me, the forces did not take him or anyone else in for questioning.

Here are two horrific and powerful photos taken today of two members of the Hassan family who were in the car that went up in flames, currently in the intensive care unit of Hadassah Ein Karem Hospital. 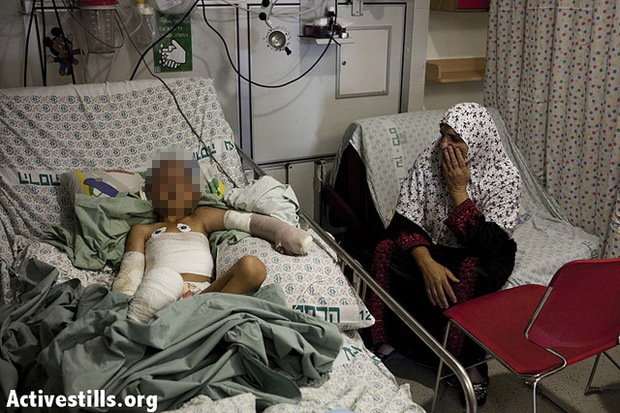 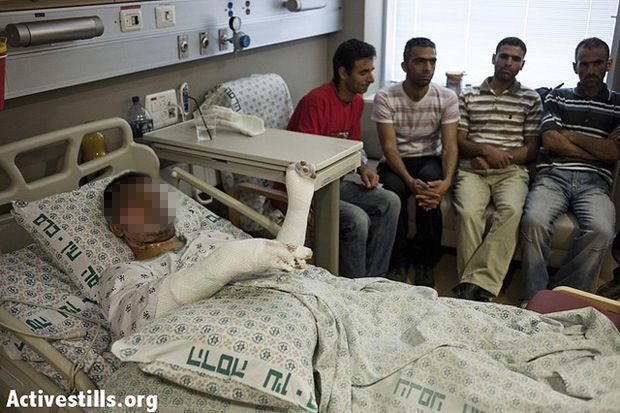 Beyond condemning the attack and trying to appease Abbas, it would be nice if Prime Minister Netanyahu could also apologize personally to the Hassan family, not just for the attack, but for everything they have had to go through. They are from Nahalin, a village near Bethlehem that has had 60 percent of its land appropriated by surrounding settlements of the Gush Etzion area, and has continuously suffered settler harassment and violence. He should also explain how it is possible that his security forces failed to keep them safe while they were driving in Area C of the West Bank, which is under full Israeli control.

Also, why does it take an entire family going up in flames to warrant such determination from the prime minister to find the perpetrators? This is after all just a more extreme example of what is a perennial situation of violence, uncertainty and recklessness existing on some level every day in the West Bank, as well as Jerusalem.