Villagers temporarily stopped one round of demolitions earlier this month by blocking bulldozers from entering the village, but local activists expect the demolitions will eventually take place. 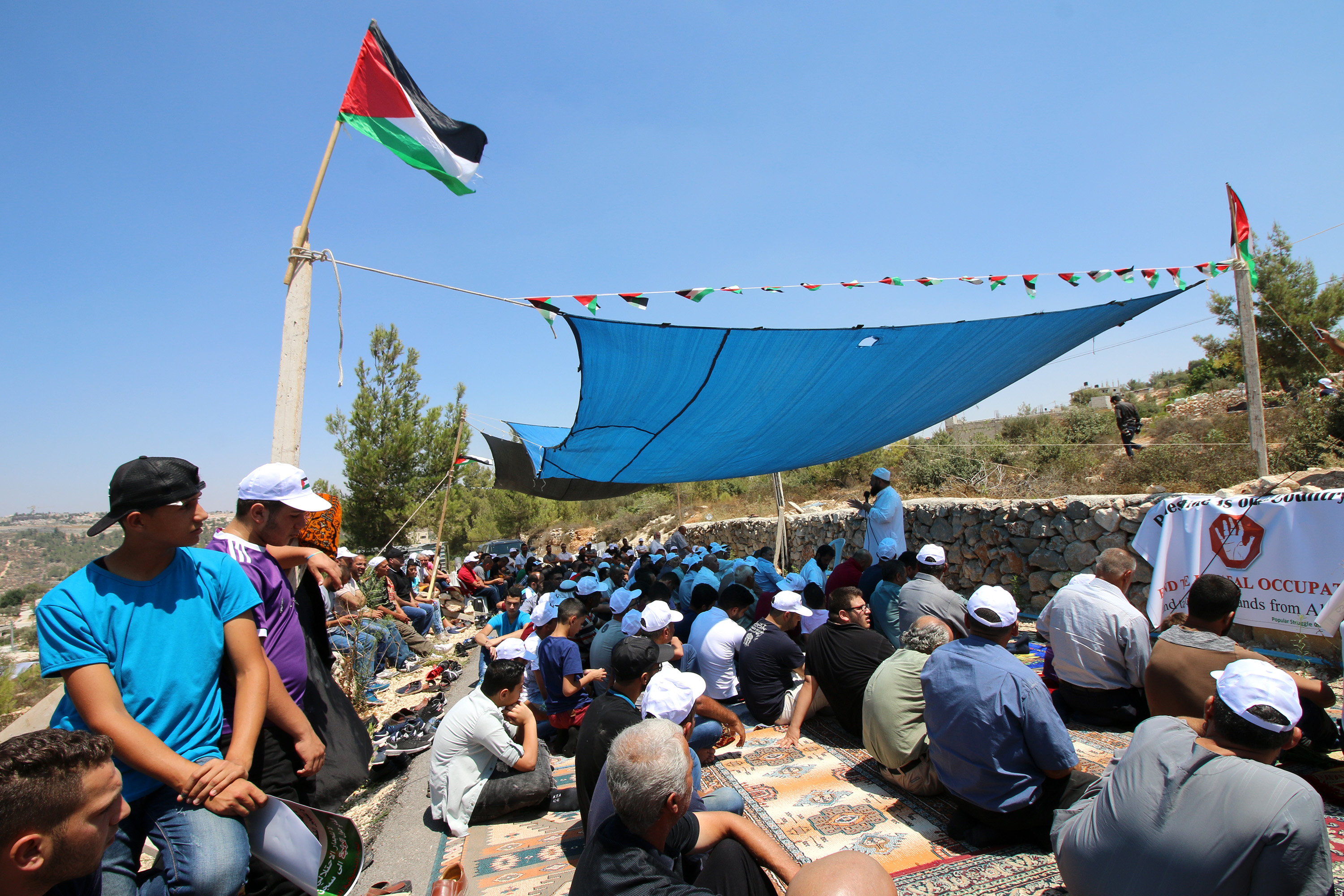 Dozens of Palestinian residents of Walajeh, a Palestinian village nestled between Jerusalem and Bethlehem, demonstrated last Friday against the planned demolition of 14 structures by Israeli authorities. According to the demolition notices, the structures were built without the necessary permits.

The villagers were first informed of the imminent demolitions on August 2, after which they declared they would resist any attempt to implement the orders. One such attempt earlier this month was indeed thwarted by residents who blocked Israeli bulldozers and jeeps entering the village. 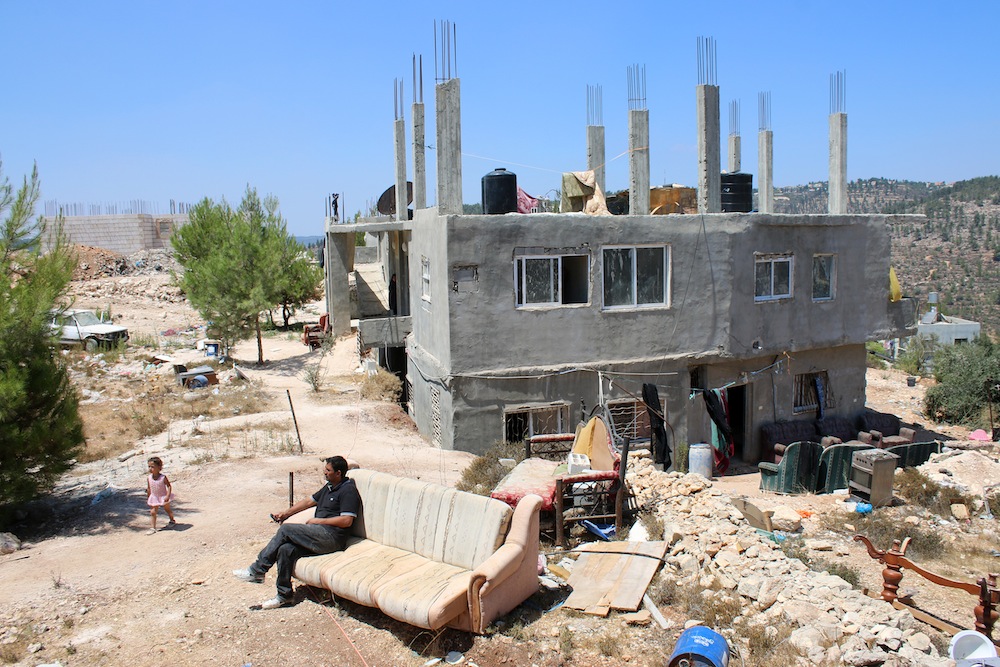 Mohammed Abu Rezeq sits in front of his home, which is slated for demolition, Walajeh, West Bank, August 18, 2017. (Ahmad Al-Bazz/Activestills.org)

Following the 1967 war, Israel annexed Walajeh’s land to Jerusalem — but not its residents. The vast majority of them are registered as West Bank Palestinians without Israeli residency rights part of the reason it is nearly impossible for the villagers of Walajeh to obtain building permits from the Jerusalem municipality.

Mohammed Abu Rezeq, whose home is under threat of demolition, told +972 Magazine that a court temporary halted the demolition orders until September 1. However, he expects the orders to be implemented piecemeal eventually, due to the relatively high number of structures slated for demolition. 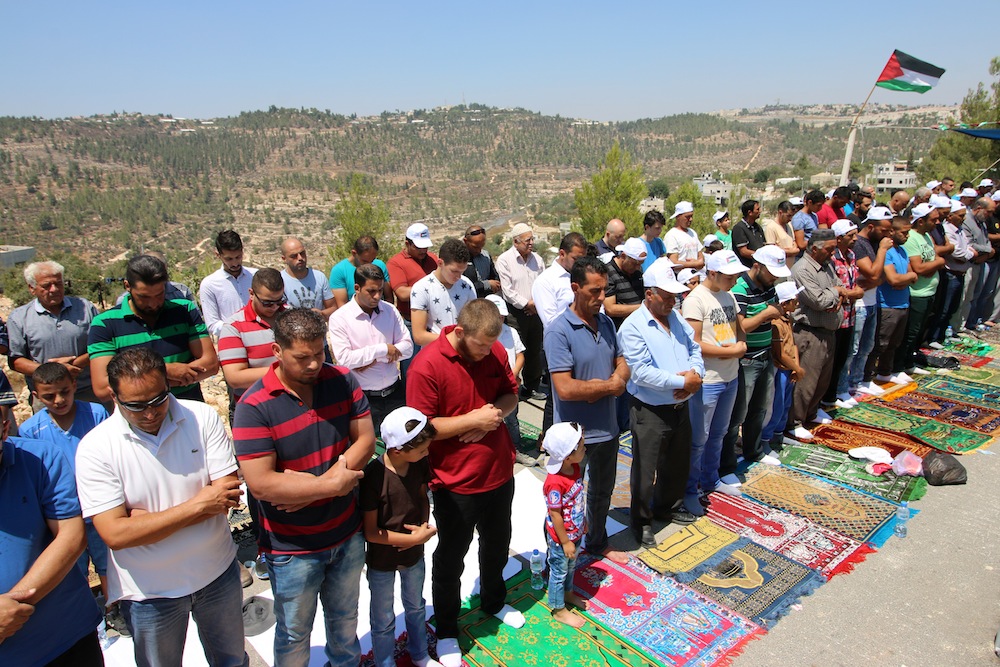 Ali Araj, spokesperson for a local committee leading the struggle against home demolitions, told +972 Magazine that the demolitions of the 14 homes are ones that, at least so far, have been approved by Israeli courts. He expects the number to grow considerably, since many of the homes are currently under review. 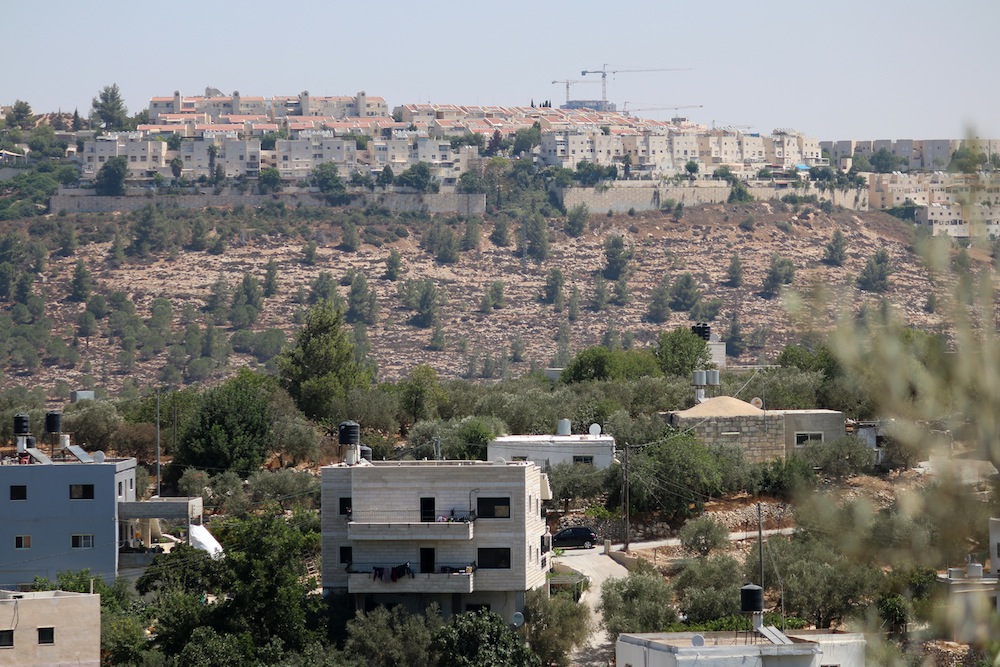 The settlement of Gilo seen behind Walajeh, August 18, 2017. (Ahmed Al-Bazz/Activestills.org)

“It’s not a building permit issue,” says Araj. “What we are seeing here is part of the Israeli project to implement ‘Jerusalem 2020’ project.’” Araj indicated, referring to a plan by the Jerusalem municipality to connect the Jewish neighborhoods of the city, while maintaining Jewish demographic domination. Walajeh, according to Araj, is one of the main obstacles facing the project.

Arab MK Ahmad Tibi, who took part in the protest, told the demonstrators: “They demolish in Walajeh, in Qalansuwa, in the Negev, because this is the Zionist ideology: a land without people.” According to Tibi, home demolitions across the country are an extension of Israel’s “settler colonial project.” 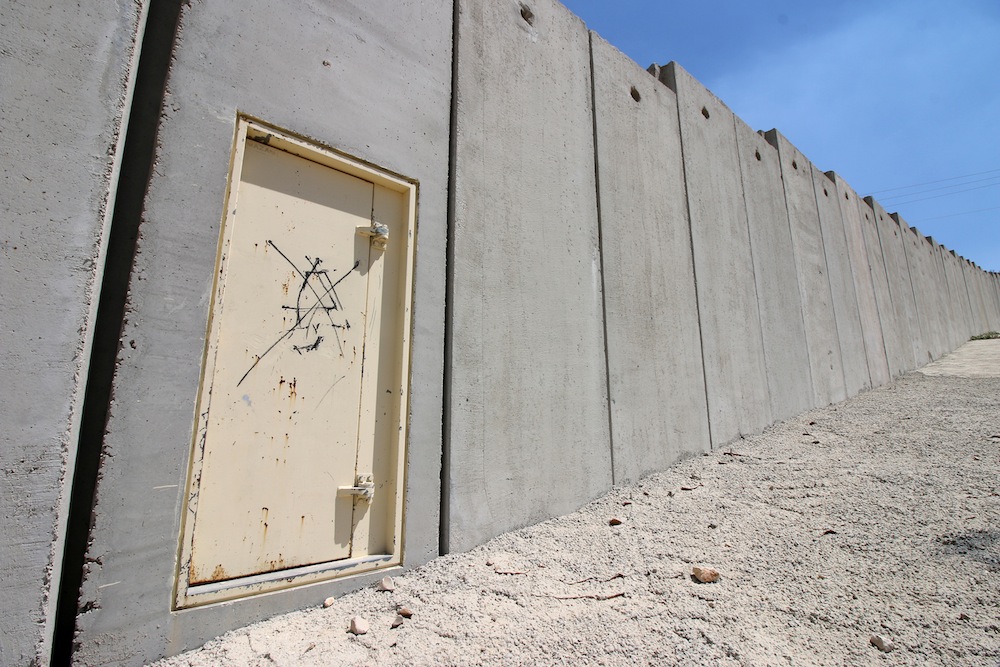 A view of the separation barrier, which surrounds the village of Walajeh from three sides, August 18, 2017. Ahmed Al-Bazz/Activestills.org)

Walajeh is no stranger to crises. During the 1948 events, all of its 1,600 inhabitants were displaced from their original village, and 75 percent its land was lost. Some were settled in refugee camps, while others moved to Jordan and Lebanon. Approximately 100 settled on the West Bank side of the 1949 armistice line (Green Line), where some villagers had owned agricultural land. This location, approximately one mile from the original village, became the site of the “new” Walajeh. Over the past few years, many of the village’s homes have been demolished by Israeli authorities.

Walajeh is surrounded by a separation fence — built over the past few years on land confiscated from the village — on three sides, as well by the Israeli settlements of Har Gilo and Gilo.

During 2016, OCHA counted that the Israeli authorities demolished or seized 1,089 Palestinian-owned structures throughout the West Bank and Jerusalem, displacing 1,593 Palestinians and affecting the livelihoods of another 7,101.