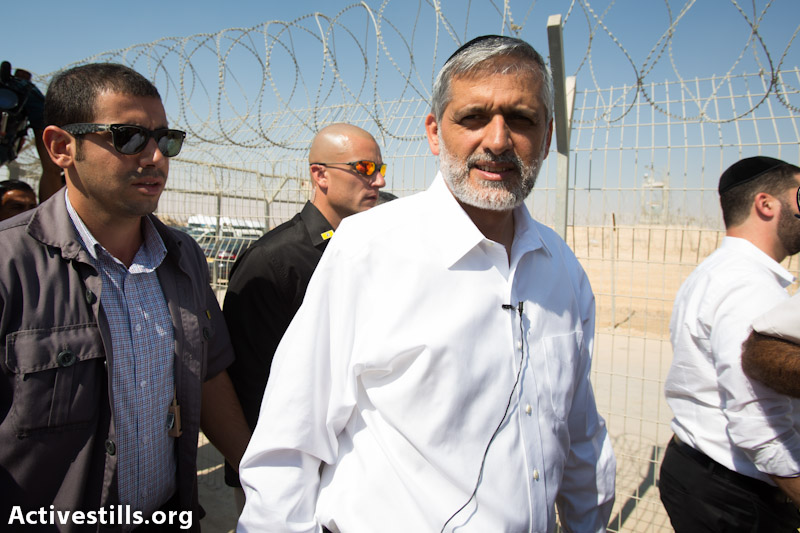 Prepare yourselves. Last May, when it was last announced that an Eritrean citizen raped an Israeli woman, Interior Minister Eli Yishai responded by placing thousands of asylum seekers, among them children, rape and torture victims and the elderly in administrative detention, all in accordance with Israel’s Prevention of Infiltration Law. In the wake of the horrifying rape that took place near Tel Aviv’s Central Bus Station, one can only guess what will happen next.

Yishai began publishing libelous remarks on his personal Facebook page, while Shas’ shelved hate-filled campaign against foreigners [Hebrew] coincidentally appeared in Yedioth Ahronoth and on Ynet’s homepage, alongside the report on the sickening act.

In 2011, Israel Police reported 3,795 cases of sexual offenses. We will be the first to say that each of these appalling cases deserves to be featured as the main headline in every newspaper, and certainly deserves a response from Israel’s ministers. Had Ynet bothered to feature other cases of rape in its main headline, we might have suspected that the paper actually cares about women’s rights. Had Eli Yishai bothered to denounce acts of rape committed by Israelis from time to time, we might actually begin to think that he cares about a woman who is brutally raped.