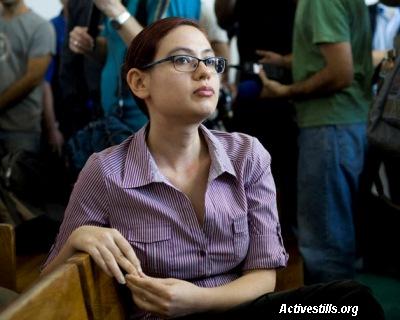 The prosecution in Anat Kamm’s trail admitted today that the Shabak (Israel’s internal security service, formally known as Shin Beit), ignored the agreement it signed with Haaretz reporter Uri Blau in order to expose the source for a story he published.

In a research article published two years ago in Haaretz, Blau reveled that senior Israeli generals, including chief of staff Gabi Ashkenazi, knowingly violated Supreme Court rulings by ordering the assassination of Palestinians militants even when they didn’t pose an immediate threat or when it was possible to capture them alive.

After the story was published, the army began an internal investigation to locate the source responsible for leaking the operative orders cited by Blau in Haaretz. At the same time, the Shabak demanded Haaretz to return the documents in order to avoid a national security breach. Haaretz and Blau agreed, on the condition that the documents will be used only for damage control, and not to locate the source for the story.

According to a reports on Israeli media (Hebrew) the state admitted today that the Shabak did use the documents to get to Kamm.

Kamm, then a soldier at the central command HQ and later a reporter for the Israeli portal walla.co.il, was arrested, and Israeli media was prevented from reporting the story. Only after details of her arrest were published abroad, the gag order was lifted.

Kamm is charged with espionage, and could face up to 20 years in prison. Uri Blau is in London, fearing that his return would lead to his arrest and prosecution.