Palestinian administrative detainee Hana Shalabi is now on the 22nd day of her hunger strike, protesting her treatment during her arrest and over the course of her detention. Three court rulings from recent days may mark a shift in the system’s attitude towards her, following the Khader Adnan case. 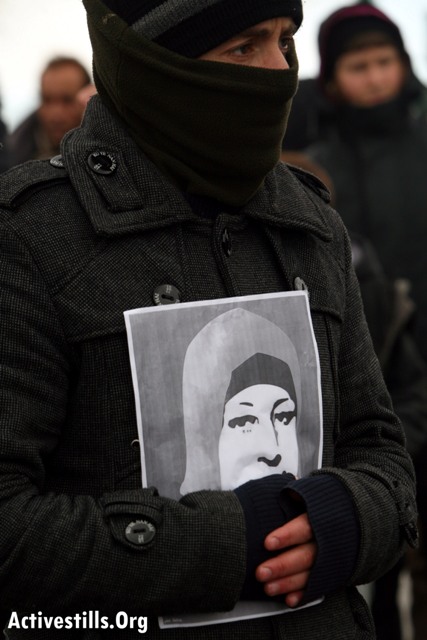 Lawyers from the Palestinian prisoner rights group Addameer report that Shalabi’s physical condition is deteriorating. After more than three weeks of no food and very little water, Shalabi is beginning to experience pain in her chest and waist, suffers from nausea and dizziness, and is having a hard time talking without gasping for air.

Shalabi, who was released as part of the Gilad Schalit prisoner swap, was re-arrested by the army on February 16, and has since been held in administrative detention with military authorities claiming she presents a threat to regional security. Much like Khader Adnan before her, Shalabi too has declared an open hunger strike until her release. Shalabi is also protesting having been strip-searched by a male soldier and abused by other soldiers after her arrest. The IDF has announced that the military police will investigate Shalabi’s claims of maltreatment.

Earlier in the week, the Military Court in Ofer decided to shorten Shalabi’s detention from six to four months, a decision that Shalabi has decided to challenge at the Military Court of Appeals, where her case was heard yesterday (Wednesday). According to her attorneys, the appeals’ judge asked the military prosecution to learn from the Adnan precedent and reach a deal with the defense.

After more than sixty days of hunger strike, Adnan was guaranteed he would be released at the end of his current period of administrative detention, that it would not be extended further. Adnan then ended his hunger strike, and has been undergoing intensive medical treatment to help his body recuperate from the trauma caused by the long strike. As for whether a deal will be struck in Shalabi’s case – the judge promised to give his ruling on the appeal by Monday.

A second appeal made in Shalabi’s name was also heard yesterday at the Petah Tikva District Court, dealing with questions of medical attention for prisoners. Shalabi is refusing to see IPS doctors, and insists on being treated solely by Physicians for Human Rights. According to both PHR and Addameer, “The request was denied on the grounds that granting visiting access to an external doctor is based on the right to a second medical opinion, and since Hana (Shalabi) refuses to be examined by doctors from the IPS, she does not qualify as a case where such a visit is granted.” However, the court rejected this argument, and ordered the IPS allow PHR representatives into Shalabi’s isolation-ward cell within 48 hours.

Solidarity in the West Bank

“The story of Hana Shalabi, like that of Khader Adnan before her, is in my opinion a remarkable example of a struggle that’s completely non-violent towards one’s surroundings,” says PHR spokesperson Yael Maron. “It is the last protest a prisoner can make, and I find it brave and inspiring.” Addameer activists stressed yesterday that in spite of some promising news from the court, Shalabi’s condition is still deteriorating, and said they call upon the international community to intervene and promote the immediate release of Shalabi and all other 300 administrative detainees. 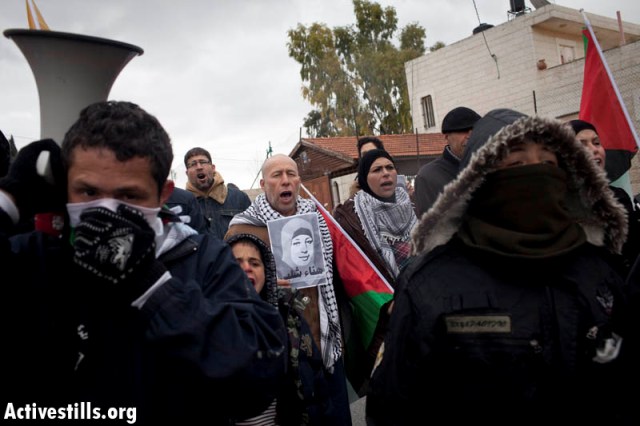 Like in the case of Adnan, Shalabi’s growing hunger strike days is causing a surge in acts of protest in the Palestinian street. Last Friday’s weekly demonstration in Nabi Saleh was devoted to Shalabi, and reports are coming in that more and more Palestinian prisoners will also strike in solidarity.