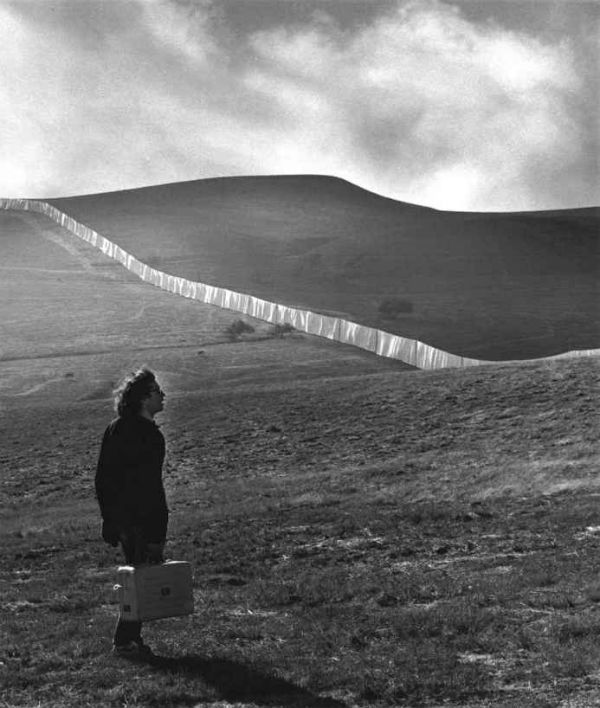 When I was growing up, my father served as one of Yitzhak Rabin’s chief advisers. This being the case, I learned to think of the two-state-solution to the question of this country as unquestionable.

In the early 1980’s the discourse common around the house involved “returning the territories”  to Jordan and Egypt, of which Israel conquered them in 1967. With time, however, my parents’ consciousness of Palestinian realities grew, as well as their understanding that Jordan and Egypt didn’t necessarily want the territories back. The idea of giving the West Bank and Gaza to the Palestinians themselves was accepted and stuck. The 90’s began and the rest is (somewhat depressing) history.

The entire Israeli public reached the Oslo years fighting either for or against a separation of the territory into two. It wasn’t until I was in my 20’s that I understood that for the Palestinians themselves, this would be an enormously painful compromise.

Palestinians were free to live in Jaffa and Safed before 1948. My family didn’t have a similar attachment to Nablus and Jenin. If a separation occurred, we would have had to bite the bullet in East Jerusalem and Hebron, but that would have been an acceptable sacrifice. We could accept it as a fair price to be paid for the pain we have caused our neighbors.

The Palestinians, on the other hand, owe us nothing. They had no part in the Holocaust that caused us to escape to their shores, they never kept us occupied under martial law, bereft of human rights, labor rights and all other imaginable rights. Furthermore: they never stole our houses (with very few exceptions: refugees from such villages as Lifta, taken over by the Israelis in 1948, were subsequently accommodated in Jerusalem’s abandoned Jewish quarter).

They had no good reason to give up the dream of ever turning the wheels of history back, and still don’t. This is probably why, when it came down to it, Arafat could not bring himself to sign the separation plans offered by Barak and Bill Clinton. He promised his people the entire cake and could not come home with a crumbly slice.

I believe in pragmatism and I believe that a two-state solution is currently the easiest development the world and the Israeli public would accept, which counts for something. We need to encourage any development, because the current situation is intolerable. As I write this I scan the headlines and read of five more Palestinians who were killed during the night.

Still, there are so many flaws with a two-state plan, and the imbalance in the degree of sacrifice is only one of them. Another has to do with the nature such states risk developing: Two ethnocentric states will very likely to become polarized. The Jewish one would easily turn into a proper theocracy, the Palestinian one could easily be taken over by fundamentalists. No side would be fully satisfied and the solution would forever be taken for an interim one.

Would two ethnocentric states be better than a single one, occupying  a society bereft of sovereign status? Yes, but the flaws are extremely numerous. This is why, in recent years, the one-state movement arose in Israel, demanding the unification of the territory into a single, democratically governed unit in which all will be citizens of equal rights.

What would be more natural than that? Why even have a single ethnocentric state? Ethnocentric states were a dated concept even when Herzl dreamed up his model of Zionism. They are so 1848! Here’s the land. Here are the people. Let’s give them all rights and do our best to maintain democracy in the new entity created.

This, indeed, is the sensible solution, but is it pragmatic? In the short run, I would say no. We and our brethren abroad (world Jewry, Palestinian expats) have all invested too much energy in the “dream” of sovereignty. Several generation will have to pass before this idea is accepted by more than a handful of activists and a few politicians with hidden agendas.

Another problem is that a “one state” will likely soon turn into the same ethnocentric Palestinian state that was a part of the two-state solution, with one difference: it will now take over the entire territory and the Jewish population will become a minority in it. Currently the Jewish and Arab populations between the Jordan and sea are about balanced. The Palestinians are sure to become a majority soon.

Only a political system that entirely bans ethnic alliances will protect the single state from turning into a reverse model of the one we see now.  In the emotional Middle East, such a system would be difficult to maintain. It’s been tried in a way, in Lebanon, to disheartening results.

The accumulating anger of the Palestinians and the ingrained fear and distrust taught to Israelis will likely cause such a parliament built of playing cards to crumble with the first thump on the podium.

What to do then? Since ethnocentric states are an archaic folly, and a non-ethnocentric state seems unmaintainable, perhaps what we should do is just stop thinking “state.” This isn’t my idea. For decades now an entire continent has been moving away from the nationalist dogma towards a new concept.

Currently in Europe, a Belgian is still a Belgian, but that is just one category in a chain. You are first of all human, then a European, then a Belgian, the a Walloon, then a Liegois. One solution that was raised for the Palestine\Israel question is cantonization. That’s a fine thought, but rather than emulating the Swiss, who reject the EU, I say, let us embrace it.

If we had here two national entities, each with a constitution that allows a limited bias of “national character”, and if both were members of the EU, then perhaps the whole juvenile question of who “rules” the place would become less meaningful, as it does now in Alsace, for example. Movement would be free between the two parts. One could live wherever one chose to and worship wherever one chose to.

Jews could live in Hebron, for example. They would simply have to live there as good neighbors, subject to the laws of the Palestinian entity, which would be drafted in accordance with EU principles. If Hebron Jews start acting like brutes (as they often do now, while being guarded by the IDF), consequences would follow.

Palestinian refugees could, in turn, return to Haifa and elsewhere. In fact, all Palestinians living in the EU will automatically have the right of return.Would Israelis have to vacate homes for them? I would rather a certain monetary compensation for the suffering of the families helped them purchase those homes or others. It’s all open to negotiations, and no concession would seem quite as painful, when both nations are granted both solid sovereignty and the freedom to integrate.

Would the distance from Europe not make this unfeasible or unreasonable? Not at all. Mind you: the next country to the west, Cyprus, is already a member of the EU. Would the Arab world like it? Would Iran? Hard to tell, but I’d like to see Iran threaten the EU following the creation of a Palestinian state. That would really make a lot of sense. The Muslim world has a lot to earn from such an arrangement. It would, for one, allow many Muslim pilgrims to visit Al Aqsa and other holy sites. They would simply need a Schengen visa.

Would the EU itself benefit? Enormously. A stake in the Middle East never hurt. The Americans are investing billions every year in order to maintain one, and yet they don’t solve our problems. Turkey has so far not been admitted, true, but it has a population of 80 million and human right issues that often exceed even our own. Would Europe be “opening its gates” to receive unwanted migration from another part of the world? Not really. Israelis and Palestinians are already immigrating to Europe by the scores. They would probably be less prone to, once the situation here improves.

Christian Europeans could make their home in the land of Christ and the internationalization of Jerusalem would gradually become less and less of an unthinkable idea. I’m not suggesting my plan as a form of bureaucratic crusade (a union of European nations already did preside over this land, with sorry results), but this is a land that should truly welcome all who hold it to be sacred. Currently, converting to Judaism is one of the only ways to immigrate here.

But leave religion aside for a moment. The EU was born of a trade union. It’s about economy and is dedicated to maintaining prosperity in its member countries. Prosperity is exactly what we need here, prosperity for all, that would weaken the fundamentalists and instill a sense of future in those who so far sorely lacked it.

One last point: I truly think, as a Jew who lost countless relatives during the Holocaust, that Europe owes this to us. I too am the child of refugees. I have no plans to return to my great grandparents’ impressive property in Slovakia. The Slovaks can have it, but the loss of that house and the loss of the demolished village whose ruins are to be found a few steps away from where I write this stem from the same tragedy. The nakba was a ripple effect of World War Two. The nations that launched that war could easily give us a hand in ending its last battle and recovering.

If they refuse to, we can always just copy their successful model here on a small scale. Israel and Palestine could become a tiny little “Canaanite union”. Sound ridiculous? But this would be the compromise between two solutions that are not any more realistic. Think back to the two ethnocentric states solutions. Now think back to the one state solution bound to eventually become ethnocentric. Now think Benelux.

Think we can’t do it? Remember that in the past 100 years, people in the region of the Benelux slaughtered each other in two bouts, with no regard to each others’ humanity. This has never happened here. We in the Middle East are at least as civilized and capable of growing together. Yes, we benefit from outside help, but the will to change and the capacity to change will forever remain our own, as will the achievement.