I begin my series of debates with Jerusalem Post columnist Larry Derfner. Larry defines himself as a member of the Zionist Left; I do not. In this post I attempt to explain why I would also not describe myself as anti-Zionist – and how anti-Zionism alone cannot be expected to overcome the Zionist insistence on uncontested Jewish-Israeli-only hegemony over Israel-Palestine. 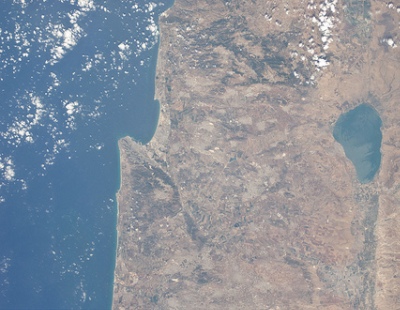 Larry first proposed we take on some significant and pressing current issue, like the Boycott, Divestment and Sanctions (BDS) movement. While such matters need to and will be addressed in our future debates, I thought it would be prudent to begin by marking out our first and possibly most fundamental line of disagreement: Zionism. Or, in other words, why Larry describes himself as a member of the Zionist left, while I commit to debate him from the non-Zionist perspective; and why, despite sharing many positions with the broad post/anti-Zionist movement and often being described as a member of the same, I insist on describing myself as precisely that – non-Zionist, rather than anti-Zionist.

I should note that throughout this post, by Zionism I mean the kind of Zionism that has dominated Israel since the foundation of the state – the hegemonic-Jewish and democratic, not the bi-national Zionism of Buber and revisionist nationalism of Jabotinsky, both of which are enjoying a recent revival. I suppose some of my positions might come close to at least one shade of either approach; but for the moment, I mean the most common version of Zionism, which today defines Israeli policies, and, consequently, the anti-Zionist opposition.

This Zionism is understood differently by different people. Many Zionists see a simple and linear narrative of exile and return, disregarding or dismissing the damage and suffering caused to non-Jews and Jews in the process; they justify Israel’s current political system in terms of rigid spring-of-nations nationalism, not taking into account that the European ethno-cultural nationalism adapted wholesale by the early hardline Zionist is by now 100 years of political history out of date. They see Zionism as the Jewish liberation movement not from the presence or dominion of Palestinians, but from the presence of the world-at-large, all the non-Jews who did persecute, did not protect from persecution, or potentially can persecute Jews in the future.

To anti-Zionists, first and foremost the Palestinians among them, Zionism is a remarkably heartless venture, an ideological movement that cynically and systematically unleashed itself upon an inhabited land and destroyed, and still destroys, towns, villages, identities and cultures. To reinforce their case as one of absolute morality and to try and confront the fundamental arguments of Zionism, many have insisted that Zionism is  overwhelmingly or totally colonial in ideology and practice, with Jewish history and historical trauma serving as merely ideological fuel for ongoing oppression maintained out of local and/or foreign-imperialist self-interest.

When asked about the future, many anti-Zionists present a curiously frank mirror image of Zionist Israel: A democratic state called Palestine in which the rights of the Jews will “obviously” be preserved.  Most Israeli Jews would be honest enough to know just what such promises are worth, having made and broken them themselves for the past sixty years or so. A broader stratum of the movement sees Zionism as an unjust and unsustainable system of governance operating on ethno-cultural privilege; they argue it should simply be dismantled and replaced with a “secular, democratic state with equal rights to all its citizens.”

But for Israelis, Zionism runs much deeper than system of governance. They know, and they are right, that neither they nor their parents and grandparents would have been here if it wasn’t for the Zionist enterprise. To a non-Israeli and any Israelis who have transcended their Zionist upbringing (not just family, but kindergarden, school, media, army, friends), anti-Zionism may mean opposition to an ideology complicit of ethnic cleansing, military occupation and wanton discrimination; they may (or may not) have nothing against the actual Israeli Jews going on to live here, so long as the latter forsake their claim to hegemony. But to most if not all Israeli ears, anti-Zionism is something monolithic absolute. To them, it sounds not like a proposal for a different and more equitable future, but as mocking, taunting and jarring denial of everything that they are: Their present, their language, their fears and their love for the only land they ever knew; the future they imagine for themselves and for their children, their past, their parents’ love, their grandparents arrival to, adoption of and construction of a new homeland. Tell an Israeli you’re an anti-Zionist, and he’ll hear: “You are a liar; your parents are liars; your grandparents are liars; and I don’t stop you from lying, you’ll produce lying children who’ll continue to lie. I don’t care if you’re afraid – your fear is also a lie; I want you to go away, or at least to shut up and be grateful you’re allowed to stay here, preferably while paying penance for your parents’ and grandparents’ sins.”

The manifold wrongs of Zionism, with the Nakba most prominent among them, urgently and vitally need to be identified, acknowledged and processed; the damage they already caused cannot be changed, but they can be stopped from continuing. The real question now being posed to our generation is how to allow the two national collectives of Israel-Palestine to shift from the pursuit of hegemony over society and territory and toward mutually supportive interdependence. The largest stumbling block for this is the center-Zionist conflation of hegemony and survival, adopted, in a paler and as yet unsuccessful version, by Palestinian nationalism. Its more elaborate version goes: Unless Israeli Jews control every power institution  in Israel – government, major private companies, the military, the land administration, and the courts – they will be immediately or eventually exterminated, politically, culturally and, of course, physically.

This conflation does not account for ways of interaction between two major national collectives in a single territory other than domination or subordination. At its most liberal, this central tenet of modern Zionism offers the Palestinians a constrained territory in which they may be dominant and hegemonic in their own limited space, a kind of a toy Israel; and even that is done with a nod and a wink and unconcealed assurance that the adult Israel will still be the hegemonic player in the contested space. But like any societal dogma, hegemony=survival is too rigid to outlast the relentless flow of history. Times change, politics shift, populations transform, new players come forth and the rules of the game are altered. The strain needed to preserve complete hegemony is already beginning to crack the hegemony itself; and Israelis who bet their survival on hegemony are actually making it into a self-fulfiling prophecy.

Finding a more flexible approach to retaining cultural and political collective rights without complete and utter forceful and unsustainable domination is a long-term Israeli-Jewish interest; but those of who would share this goal for considerations other than Israeli self interest – Palestinian self-interest, for example, or the universal pursuit of justice, equality and so on – must find a language that does not chime in so perfectly with the hegemony=survival, non-hegemony=extinction dichotomy. And I don’t mean it only semantically: The only legitimate alternatives to Jewish-Israeli hegemony in Palestine are such that nevertheless will not allow the physical, cultural or political removal of Israeli Jews from the scene.

This survival-hegemony-non-hegemony-extinction bend is what underpins, for most direct players in the conflict,the equally simplistic and equally false dichotomy of Zionism vs. anti-Zionism. Merely reflecting back an inversion of every Zionist tenet and argument leaves advocates of change playing by the same old Zionist-nationalist rules, and proving the formula they seek to disprove. The change that needs to happen here is too great, and possibilities outside this dichotomy are too vast, for us keep clutching to that old pro/anti see-saw. New approaches must be found – and they cannot be found through mere contrarianism.