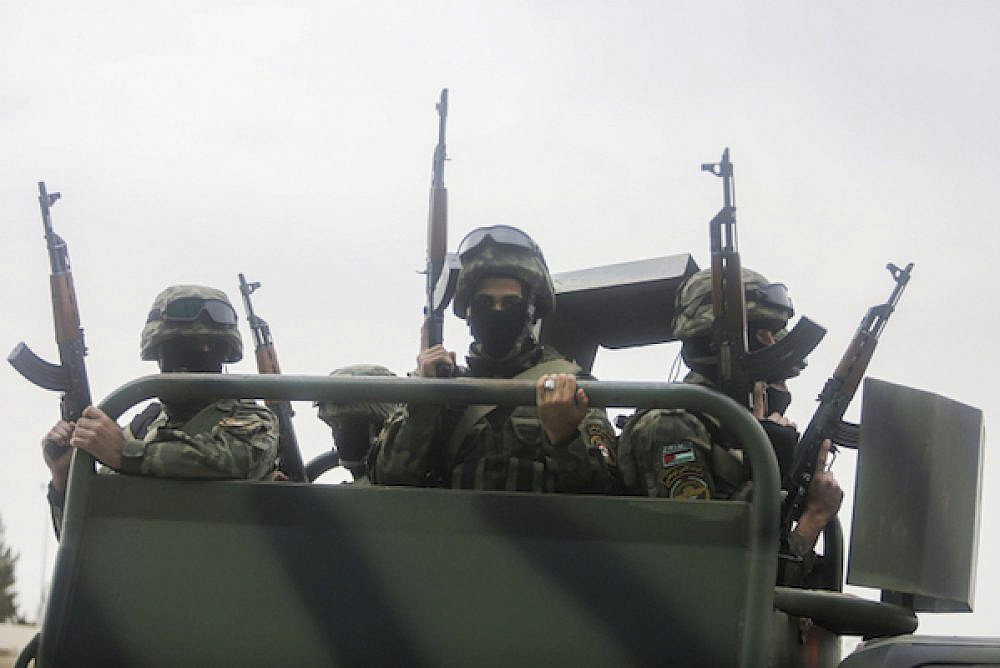 Members of the Palestinian security forces graduate from a training camp in the West Bank city of Jericho, January 25, 2017. (Flash90)

At a time when there is no peace process and Israel continues building settlements in the West Bank, the Palestinian Authority’s security coordination with Israel is gnawing away at public support for Palestinian President Mahmoud Abbas. The current crisis over Al-Aqsa Mosque has brought things to a boiling point, such that Abbas simply cannot allow himself to continue the security coordination — or at least had to announce that he is suspending it it.

Let us assume for a moment that Abbas’s announcement was cynical, and was driven by his lack of support among the Palestinian public, and that in reality the security coordination is continuing unabated. That would align with Abbas’s modus operandi of doing everything he can to prevent the type anarchy that reigned during the Second Intifada, for which Palestinian society paid a heavy price.

If it was indeed insincere, such a proclamation by Abbas could be dangerous: he risks being seen as a fraud and untrustworthy. For Abbas, this is one of the main things that differentiates him from his predecessor, Yasser Arafat. In the eyes of his supporters in the PA and outside it, as well as among the Israeli security establishment and the West, Abbas is seen as an honest figure. Arafat, on the other hand, was viewed as manipulative. A complete loss of trust in Abbas could also carry a high price for Palestinian society. He could lose the support of a third of the Palestinian public, which according to recent polls, still supports him. 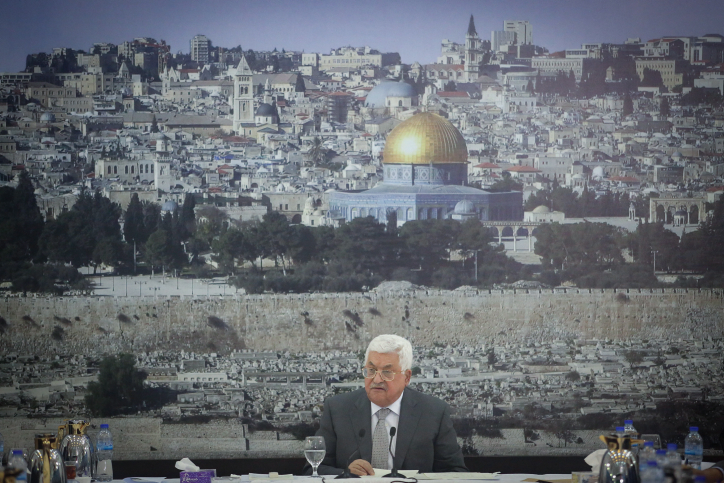 Palestinian President Mahmoud Abbas gives a speech during a meeting of Palestinian leadership in the West Bank city of Ramallah on July 21, 2017, during which he announced freezing contacts with Israel over new security measures at the Al-Aqsa mosque compound. (Flash90)

Thus Abbas’ announcement seems sincere. However, it is yet unclear how it will be implemented. Are Palestinian security forces going to open fire on Israeli soldiers who enter those Palestinian cities under full PA control? Will the Palestinian security apparatus continue — as it does today — handing over names of wanted Palestinians to Israel, including those whom the PA is afraid of arresting? How can Abbas ensure that Hamas and his arch-rival Mohammad Dahlan — who recently formed an alliance with the Islamist movement in Gaza — don’t exploit this moment to undermine his regime. He would seem particularly vulnerable at a moment like this, when he has neither security coordination with Israel nor reconciliation with Hamas.

It is more likely that Abbas’ message is a cry for help. His hope is that before the situation reaches full-blown anarchy, Arab mediators are able to get Israel to remove the metal detectors at the entrance to Al-Aqsa compound, either temporarily or permanently. The Palestinian president is hoping that the current crisis will lead Israel to back down. If he is correct, Abbas will gain support among Palestinians. By the time the real significance of Abbas’s declaration becomes clear, a solution to the crisis will have been found.

Beyond the possibility that the Palestinian president is taking advantage of this opportunity for political profit, there are a few things to keep in mind. Abbas has responded harshly to previous rounds of violence surrounding the Temple Mount/Haram al-Sharif. His condemnations of Israel’s actions were harsh yet not cynical. Furthermore, like Abbas, the broader Palestinian public is not ready to make peace with Israel’s unilateral security changes at the site. In other words, there could very likely be some overlap between Abbas’s political interests and his sincere response to Israel’s blow to Muslim control over the Haram al-Sharif/Temple Mount.

Menachem Klein is a professor of political science at Bar Ilan University. He was an advisor to the Israeli negotiating team during the 2000 peace talks, and is one of he leading members of the Geneva Initiative. His book, Lives in Common: Arabs and Jews in Jerusalem, Jaffa and Hebron, was selected by The New Republic as one of 2014’s ‘best books for understanding our complicated world.’