Israeli universities have long been viewed as a bulwark against extremism. A new database, compiled by a group of Israeli dissident academics, reveals how the academy works in concert with the state. 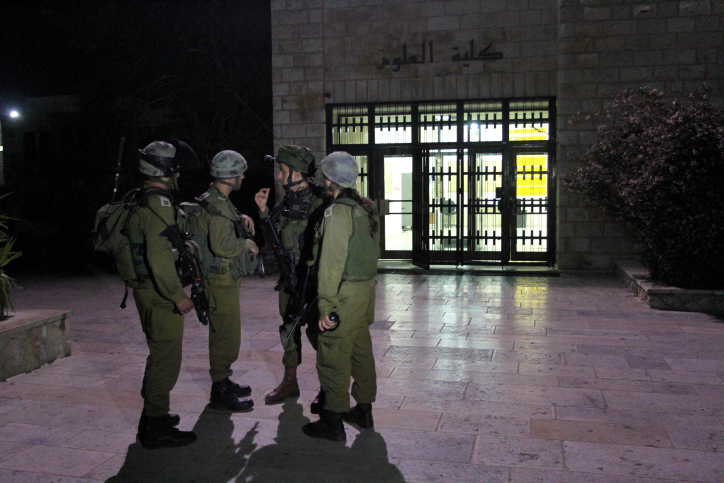 Israeli soldiers patrol at Birzeit University, on the outskirts of the city of Ramallah in the West Bank, during an operation on June 19, 2014. (Issam Rimawi/Flash90)

It’s no secret that the Israeli government’s crackdown on freedom of expression in recent years has extended into the academy. Through far-right student groups such as Im Tirzu, proposed ethical codes that would bar professors from voicing political opinions in class, and attempts to shut down entire university departments deemed too left-wing, the government has in many ways framed the very idea of academic freedom as subversive.

Nevertheless, Israeli academia is still held up as an independent, progressive bulwark against extremist and reactionary thought, an argument that is often deployed to combat Palestinian-led academic boycotts. But beneath the rhetoric, the truth is that Israel’s universities work closely with various state bodies, from the military and arms industries to anti-BDS networks and programs.

Concerned over the clampdown, as well as by the suppression of Palestinian faculty and students in the occupied territories, a new group of Israeli academics called Academia for Equality is working to expose those ties, and challenge the idea that academia remains one of the Jewish state’s last bastions of progressive thought.

As one of its first major projects aimed at documenting and demonstrating those phenomena, the group is set to release a database called “Complicit Academy,” comprised of local and international news articles, documents, NGO reports, and official university publications. The idea, says Natalie Rothman, an associate professor of history at University of Toronto, who helped spearhead the project, is to shed light on Israeli academic institutions’ repression of dissent, institutionalized discrimination against Palestinian-Israeli students and faculty, collusion with the settlement enterprise, military R&D, and hasbara (Israeli state-sponsored PR operations abroad). The database aims to provide academics, in Israel and abroad, better tools for understanding how, contrary to its image, Israeli academia works in concert with the occupation. 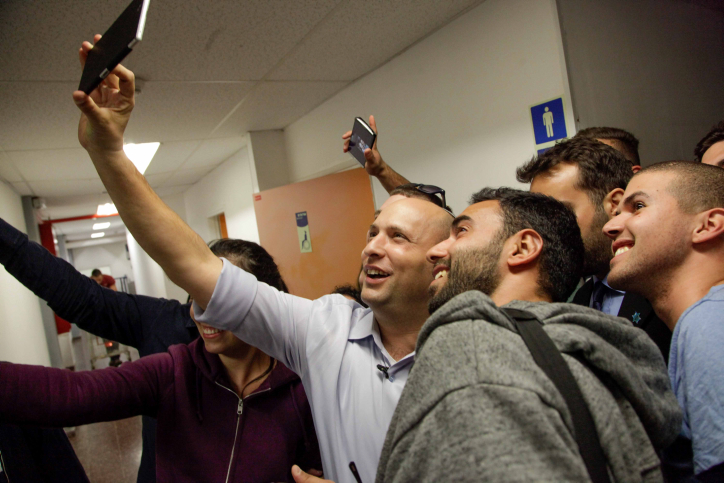 “The rationale behind the database was providing empirical evidence to counter the the prevailing narrative of Israeli academia as a bastion of opposition and resistance to the regime,” says Rothman, “Israeli academia, from the Council for Higher Education to the various student unions, collaborates in one way or another with the occupation. It was important for us to document the collaboration as a way to see if, down the line, something could be done to combat it.”

Members of Academia for Equality began working on the database in early 2017, using a small batch of articles compiled by Shir Hever, an Israeli economic researcher, as a jumping off point. The group then expanded the collection to include items on the repression of Palestinian academics in Israel and the West Bank. The database, all of which is based on publicly available materials, is divided into four categories — International Academy, International Funding, Israeli Academy, and Palestinian Academy.

The database also gives the public a way to track top academics’ records on academic freedom. For instance, the database includes a collection of articles on the attempts of Ben-Gurion University President Rivka Carmi — who was recently appointed to a third term by the university — to censor political activism on her campus.

The database makes it easy for the general public to monitor several important trends in Israeli academia today, including: the growing number of university programs designed to battle “delegitimization,” one of the most visible developments of the last few years; institutional racism against Palestinian students in Israeli universities and colleges — ranging from discriminatory admissions policies to prohibitions on the use of Arabic to surveillance and restrictions on political organizing; the pervasiveness of “customized” academic programs geared toward military personnel offered by virtually all Israeli universities, often with significantly reduced academic requirements; the creeping collaboration between Israeli institutions within the Green Line and their “offshoots,” off-campus facilities, programs, or sponsored colleges in settlements in the West Bank and the Golan Heights; and collaboration between universities and state bodies on militaristic endeavors like marketing Israel’s arms trade. 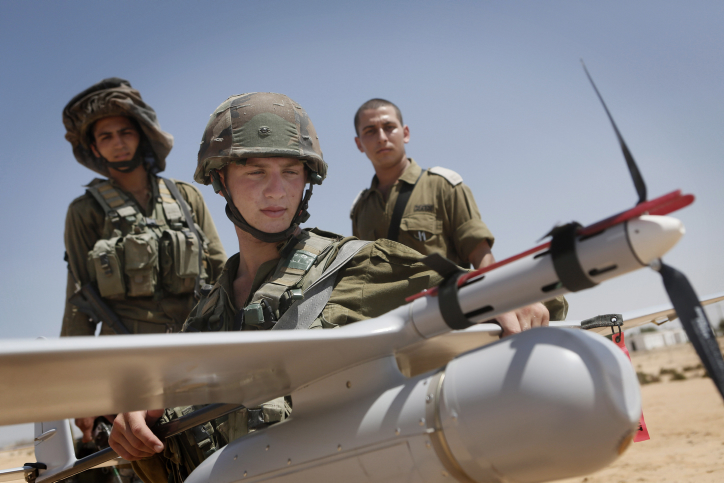 A section on the Palestinian academy, on the other hand, is full of documentation of raids by Israeli security forces on campuses and the arrests of students and faculty across the West Bank. It also focuses on on the lack freedom of movement for Gaza students, and opeds decrying the silence of Israeli academics in the face of the repression faced by their Palestinian counterparts.

Complicit Academy, currently in its final stages, will be officially launched and uploaded to the Academia for Equality website in the coming weeks. Rothman says she hopes it can act as a library of sorts for academics abroad, who can use it to look for articles about their institutions’ ties to Israeli academic institutions. But the database is also meant for Israelis and Palestinians, Rothman adds: “It is important for us that the information be accessible to those inside Israel, which is why the database in Hebrew, as well as in English and Arabic. We want people both in and outside of Israeli academia to have access to these publications.”

The goal, Rothman continues, is not only to challenge misconceptions about Israeli academia, but also to actively challenge its relationship to the government and the occupation. “Yes, there is a small group of dissidents in the academia, yet our institutions collaborate on a day-to-day basis with the regime. We have the opportunity to shed light on the fact that this collaboration exists, both overtly and covertly, effectively normalizing what in our eyes cannot be normalized.”