One of the goals of the 1956 Kafr Qasim Massacre, as envisioned by the action’s commander, Major Shmuel Malinki, was to encourage the mass flight of the Palestinians still living in Israel after the 1948 ethnic cleansing. Malinki was aware of staff plans for such expulsions, and remembered the role played by the Deir Yassin massacre in 1948. Malinki was officially an officer in the border police (MAGAV), but his superior officer, Colonel Yissaschar “Allah Yarahmu” Shadmi, was IDF.

At the end of the month, on 29 October, the massacre will be 54 years old. Israel refrains from any official notice of the largest massacre of its Palestinian citizens by its armed forces. No monuments stands over Kafr Qasim, save one the inhabitants built themselves. When, about a decade ago, Meretz Minister of Education Yossi Sarid attempted to make the massacre a part of history classes, there was a huge outcry. The maximum Israel was willing to say were these paltry words (Hebrew), as spoken by  President Peres: “In the past, a very terrible event took place here, for which we are very sorry.” It should be noted that Peres, the oldest politician still alive, was very much active at the time of the massacre: he was deputy minister of security, and it’s very hard to believe he was not aware of the transfer plans motivating Malinki, or indeed of the fact his direct boss, that poisonous midget David Ben Gurion, was doing all he could to whitewash the massacre.

On Friday, the influential radio journalist Carmela Menashe – who has excellent sources in the security establishment – reported (Hebrew) that the police has finished a large exercise, supported by other services (such as the IDF’s Home Front Command and the Prison Service). The exercise was supposed to deal with “extreme scenarios of violent demonstrations in the Arab sector, as a result of a population-transfer agreement with the [Palestinian – YZG] Authority. In order to process the detainees, a detainment camp for Israeli Arabs will be built near the Golani Junction”. In less bowdlerized language than usually that of the Voice of Israel, the security forces are getting ready for the riots which will follow a transfer decision. The amazing bit is that no other mainstream media outfit picked up Menashe’s report. Member of Knesset Dov Khenin (Hadash) has asked for an emergency debate in the Knesset plenum over it. In a phone conversation, he said it would be an error to focus on the fact that the Minister for Internal Security, Yizhak Aharonovich, is a Liberman appointee. He thinks this is “bigger than Liberman” and may involve Minister of Security Ehud Barak. Given that the Home Front Command is involved, this is a rather reasonable assumption. Khenin further said that he would ask Barak for an explanation, though he admitted that given Barak’s regular avoidance of giving account of his actions to the Knesset – “he’s aiming for perpetual silence”, said Khenin – this would not be any easy task.

It is time, once more, to remind readers that Netanyahu did not reprimand his Foreign Minister after his UN speech, and that Netanyahu aides said “he does not consider it to be illegitimate”. Now we find out that the IDF and the police begin practicing putting Liberman’s plan into action.

It is perfectly possible, of course, that Aharonovich decided to turn a run of the mill exercise into a transfer exercise as a means to get himself a headline. That would be yet another case in which a politician sacrifices the interest of his country for fleeting political gains. Then again, it could be that – as before the Kfar Qasim massacre – someone is preparing staff plans for a transfer. After all, the last similar exercise held by the security forces came before the disengagement of 2005. Which, as we all know, was indeed carried out.

A short note: Yesterday (Friday) David Be’eri, the chairman of the Elad Society – responsible for settlements in eastern Jerusalem – ran over two Palestinian children, after finding himself in an ambush of stone-throwing kids. To be perfectly honest, I don’t know that, being in his shoes, I would act differently. I guess I would do everything not to be in those shoes, i.e., I won’t become a settler. But there’s one point that all of the media in Israel have glossed over: Be’eri’s record (Hebrew). He was aware of the action of the “first Jewish underground” in the 1980s, possibly because he was invited to join it, and he warned its members when he learned the GSS has exposed them. Given the actions taken by the underground – a massacre in the Islamic College, an attempt to blow up six Palestinian busses – it seems fair to say that Be’eri doesn’t value Palestinian life all that highly.

email
Before you go…
A lot of work goes into creating articles like the one you just read. +972 Magazine is nonprofit journalism, owned by many of our writers, editors, and journalists. In order to safeguard that independent voice, we are proud to count you, our readers, as our most important supporters. With your support, we can keep +972 Magazine a strong, independent, and sustainable force helping push the global discourse on Israel/Palestine.
DONATE
More About hadash 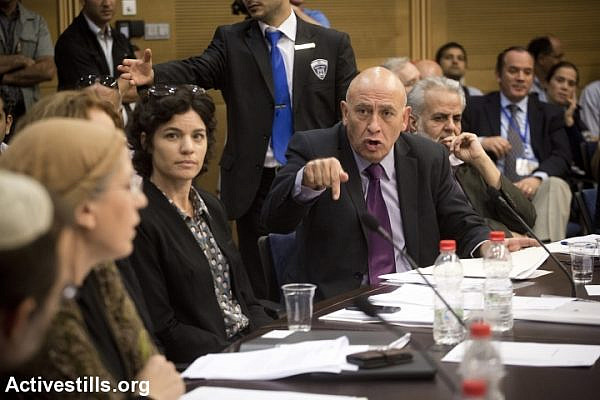 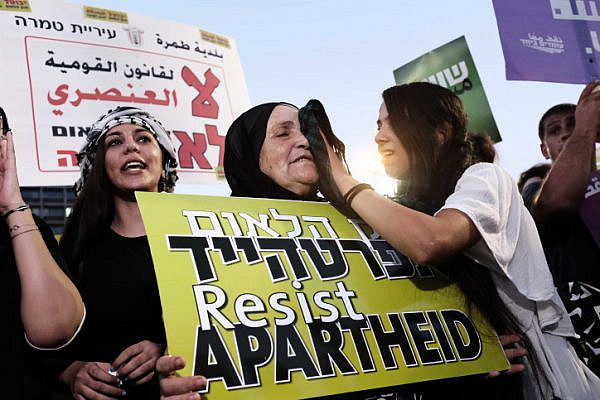 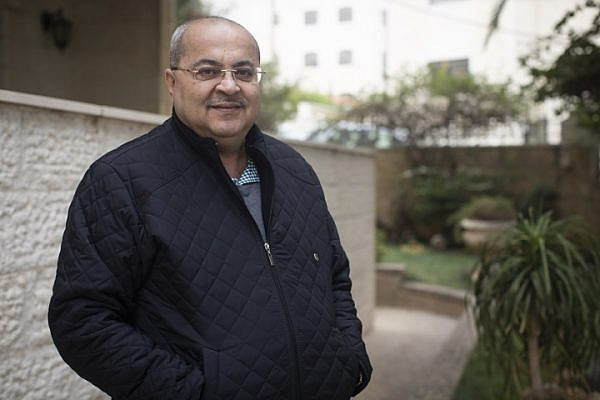