As we mark International Human Rights Day, it is worth challenging the myth that Israel’s High Court is the defender of human rights in Israel.

When he woke up from his nightmare one morning, Mr. Israeli discovered that the Israeli High Court had turned into a giant insect. Tasked with balancing the sickening populism of the legislative branch and fighting to protect Israeli democracy, the High Court has become the legal rubber stamp for the racist caprices of its overlords.

This week, as we marked International Human Rights Day, Adalah – The Legal Center for Arab Minority Rights in Israel, published a report on 10 recent decisions by the High Court that violate basic human rights.

The first decision is raising the election threshold, which forced the Palestinian public in Israel to give up on internal pluralism and run as one party in the Joint List. Imagine if United Torah Judaism and Meretz were to run together, along with Yair Lapid and Avigdor Liberman. Logical? According to the High Court, the answer is yes.

The second decision is the support for the “boycott law.” The High Court rejected the petition against the law, which allows Israeli citizens to sue those calling for a boycott of Israel or its settlements. The court even went so far as to label boycotts a form of “political terror,” no less. And not a single word about the disappearance of freedom of speech, especially when it comes to Palestinian citizens, who are subject to arrest or raids whenever they speak out against the regime (what is often labeled “incitement”).

The High Court also supported applying the “present absentee law” in East Jerusalem, which allows the state to confiscate Palestinian property and hand it over to Jewish organizations. The owners of the property are well known to all; the only problem is that they live in the West Bank. This did not prevent the highest court in the land from permitting the confiscation of their property.

And what about discrimination based on nationality? Not a problem. Palestinian security prisoners cannot take higher learning classes, as opposed their Jewish counterparts. The High Court went so far as to announce that this kind of discrimination is “legal and legitimate.”

And what about the legal status of certain towns? The High Court decided that there is no problem with the destruction of Atir/Umm al-Hiran in the Negev in order to build a Jewish town on top of the ruins. Similar decisions were handed down in other cases, when Bedouin who have been on the same piece of land since before the founding of the state are expelled. Even the High Court decision vis-a-vis the Al-Aqoubi family is based in discrimination, after it determined that Bedouin who settled land before the Nakba have no right to that land, in defiance of the UN Declaration on the Rights of Indigenous Peoples. 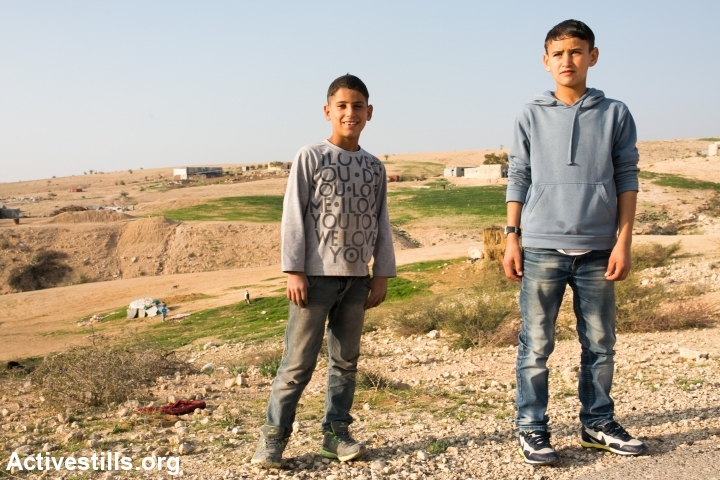 The High Court of Justice also opposes family reunification. That is, if the families in question are Palestinian. If one of the partners lives in Gaza and the other lives in the West Bank (despite the fact that there should be no reason on earth to prevent them from living together) the High Court believes it is completely natural to prevent them from reuniting, even in areas not under the sovereignty of the state. This is an ugly extension of the policy that prevents Palestinians from the occupied territories from living with their partners — who have Israeli citizenship — in Israel. It’s a Jewish state, after all.

One can also add the High Court’s support for the indictment of former MK Said Nafa, who visited Syria in 2007, despite the justices’ recognition that the meetings he held there had nothing to do with security-related issues. This decision establishes that the Arab population in Israel can have no cultural relationship with those beyond the border.

The High Court also approved an administrative detention order to indefinitely imprison a young Palestinian woman from Nazareth using Emergency Regulations. Since there is no witnesses, one can simply jail her without trial. In this case, the court betrayed its central role: to ensure that every man and woman is afforded a fair trial. 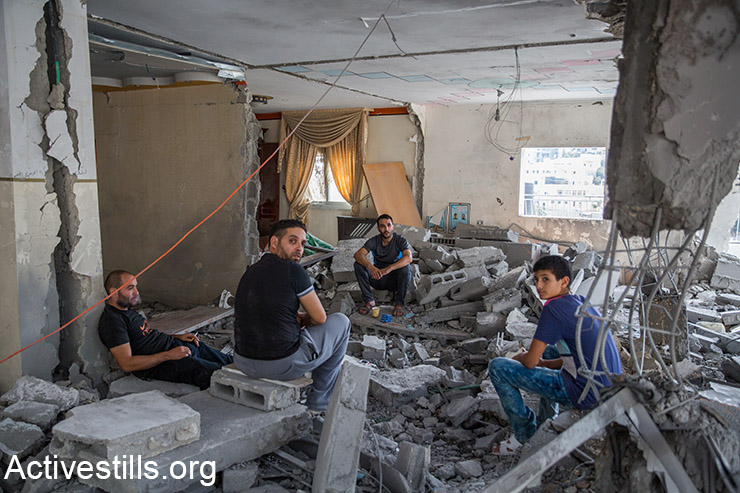 Palestinians from the Abu Jaber family sit on the ruins of their home that was demolished by Israeli forces, East Jerusalem, October 6, 2015. The house belonged to the family of Ghassan Abu Jaber, who killed four worshippers in an attack on a synagogue last year. (Activestills.org)

The High Court has also approved punitive home demolitions — a form of collective punishment against innocents or suspects who have never been convicted in a court of law.

A quick glance at this list should worry anyone who believes in the rule of law and equality. The victims of these violations are, for the most part, Palestinian citizens of Israel, akin to a fatal blow against any state that strives toward democracy. Irrespective of religion, race or sex, says the Declaration of Independence, yet in the face of these violations, each and every one of us must hang our head in shame.