(This analysis first appeared as part of another article, here.) 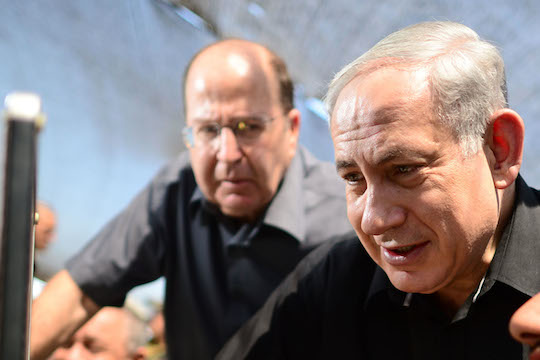 The Israeli government has gone on the offensive against the ICC since Palestine joined the international court. The attacks and misinformation have reached a crescendo since the ICC’s chief prosecutor announced a preliminary examination into the situation in Palestine last week.

What is “the situation in Palestine?” The ICC does not investigate specific complaints like police or a prosecutor would. When the ICC gains new jurisdiction, its prosecutors — “as a matter of policy and practice” — open an examination. They examine both sides and a multitude of events in the “situation.” The situation in Palestine covers everything that transpired between the river and the sea since June 13, 2014. The examination covers acts perpetrated by Palestinians and Israelis, by state actors and non-state actors, by uniformed soldiers, irregular fighters and the politicians who give them their marching orders.

But it’s election season, so you won’t learn that from any Israeli politicians. You won’t learn that Israel was one of the principle parties that helped write the treaty, and even signed it before backing out. You will not hear that the preliminary examination is years away from becoming a possible criminal investigation, let alone one that leads to an indictment. You will also not hear that the Israeli government-appointed Turkel Commission wrote a detailed playbook on how to avoid ending up in the ICC docket, which Israel has almost entirely ignored.

It’s election season, so context, clarity and truth are not high on the agenda. You will be told by the likes of incumbent Prime Minister Benjamin Netanyahu, that “the ultimate folly” of the ICC is:

It is the democracy of Israel, a world leader in fighting terrorism, which is to be hauled to the dock in The Hague, while the terrorist war criminals of Hamas are the ones who are going to be pressing the charges.

The irony of the ICC move, at least according to a popular view of Israeli politics, is that it will strengthen Netanyahu at the polls. This logic surmises that when Israelis feel under attack they look toward hardline leaders, or at least leaders who portray themselves as hardliners — in this case, Netanyahu and his acolytes.

But surpassing the irony of Netanyahu’s — and Foreign Minister Avigdor Liberman’s — disingenuous response to the ICC announcement was Defense Minister Moshe Ya’alon.

“It would be more appropriate for the court to investigate the Palestinian terror … and not a democracy that protects itself and has an independent and objective judiciary,” Ya’alon wrote in a statement published on Facebook over the weekend.

The military police are not probing the actions of the Givati Brigade at Rafah, and I hope that no one will decide to do so. This was an operation where decisions were made that do not warrant a criminal investigation.

The defense minister essentially made a public statement saying that the Military Police, which is under his command, should not investigate alleged war crimes committed by troops, also under his command. The situation was so egregious that the attorney general was forced to step in.

Yup. The very same politician who rejected internal IDF criminal investigations into potential war crimes one week, went on to argue that the ICC should not get involved because Israel investigates itself.