Following Washington’s admission that Israel is being kept out of its  visa-waiver program due to discrimination against Arab-Americans, a French citizen is detained for three days under similar circumstances. French Embassy: ‘We’re regularly in touch with the Israeli authorities about these issues.’

A French citizen has been held by Israeli authorities at Ben-Gurion Airport for three days after being denied entry to the country.

“M.,” a 26-year-old photographer who hoped to finish a photo project on Palestinian refugees in the West Bank, had been granted entry to Israel for three previous work visits.

M., whose family requested that her name not be published until she is back in France, was told that she was being deported because she fits the profile of a terrorist, according to Radio France journalist Emilie Baujard, who has been in contact with the woman during her detention.

M. has a Moroccan-sounding name, although she holds only French citizenship.

Her father was notified that she will be deported back to France on Thursday, four days after being initially detained. An earlier flight was reportedly full.

A spokesperson from the French Embassy in Tel Aviv said that consular officials had been in touch with M., but that she had declined a consular visit.

She added that Israeli authorities told the embassy that she was being denied entry on security grounds.

Such explations are common and are rarely detailed.

Israel’s policy of regularly denying entry to citizens of friendly countries who happen to have Arab-sounding names has been the focus of great media attention in recent months.

The United States has cited the discriminatory policy as one of its central reasons for denying Israel entry into its coveted visa-waiver program.

Earlier in April, Haaretz reported that Israel pledged to Washington that if it were admitted to the visa-waiver program, it would stop discriminating against Arab-Americans. Such a shift would raise serious questions about the policy’s utility and necessity on security grounds, as it is often defended.

Asked whether the French government, too, has raised the issue of discriminatory border policies with Israel, the French embassy spokesperson said, “I don’t think we’ve talked bilaterally.”

“We’re regularly in touch with the Israeli authorities about these issues,” she added, noting that French citizens are fairly regularly denied entry to Israel and the Palestinian territories.

In cases when French authorities know in advance about a delegation or person who may experience problems at the Israeli border, they have established procedures with the Israeli authorities, including sending them personal details ahead of time and doing a “pre-check,” the spokesperson said. M. did not notify the French government ahead of her visit.

Since being detained, the French woman’s Facebook account has been deleted, Baujard said, adding that her mobile electronic devices were searched by Israeli authorities.

Israeli immigration and security authorities have in the past demanded that tourists hand over the passwords to their email accounts.

M. is not an activist of any sort and the purpose of her visit was solely to finish her photography work, according to Baujard.

Recently, a number of European and American NGO workers have been denied entry to Israel or had their visas revoked on questionable and discriminatory grounds.

Late last year, humanitarian NGO worker Kamil Qandil, a Polish citizen of Palestinian descent, had his visa revoked and was deported. In a Supreme Court appeal, the state submitted secret evidence that his lawyers were not permitted to see, and therefore had no opportunity refute.

American citizen of Palestinian descent Nour Joudah, who taught English at a USAID-funded school in Ramallah had her visa revoked and was deported when she tried to return from a trip abroad.

In 2012, +972’s Dimi Reider reported that Israeli immigration authorities demanded that a Swedish tourist sign an sloppily composed “political contract,” in which she was asked to commit to not coming into contact with “members of any pro-Palestinian organization” or participate in “pro-Palestinian activities.”

Related:
When racial profiling is a national policy
One filmmaker’s struggle against deportation at Ben-Gurion
‘No Falasteen for you!’ Shin Bet banned me from Israel for 10 years

emailemail
Before you go…
A lot of work goes into creating articles like the one you just read. +972 Magazine is nonprofit journalism, owned by many of our writers, editors, and journalists. In order to safeguard that independent voice, we are proud to count you, our readers, as our most important supporters. With your support, we can keep +972 Magazine a strong, independent, and sustainable force helping push the global discourse on Israel/Palestine.
DONATE
More About france 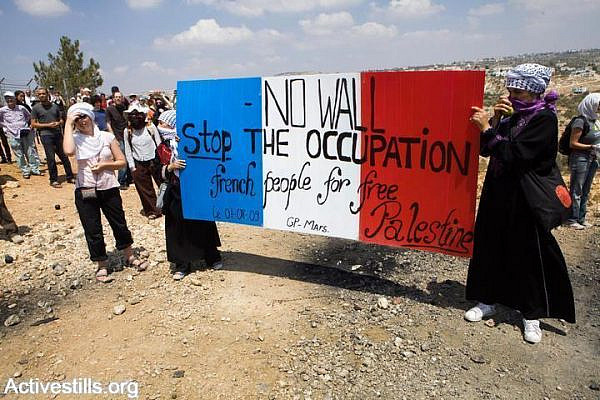 We cannot let France silence its humanist Jews
Jewish anti-occupation activist Olivia Zemor faces a lawsuit from a pro-Israel group after calling for celebrities to boycott Israel. Here’s why I’m going to France to testify on her behalf.  By Udi Aloni This week I am traveling to Paris to serve as an expert witness in court. In an unprecedented move, the French government…
By +972 Magazine March 18, 2018 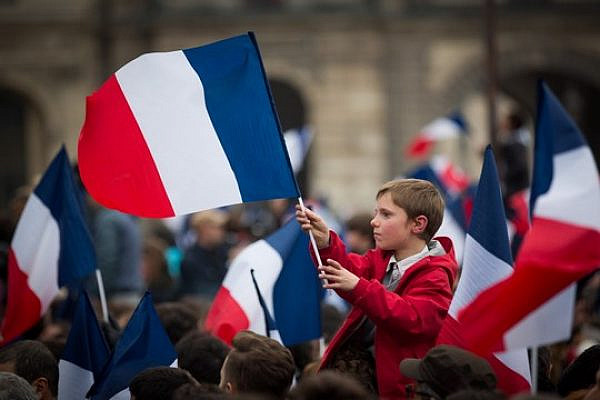 We’ll always have Paris
While the French gave the world a lesson in hope, democracy and standing up to fascism, the Israeli government advanced a childish, nationalistic law that declares: we are Jews, they are Arabs, we’re good, they’re bad. By Alon Mizrahi Europe and the world expect us to defend the spirit of the Enlightenment, under threat in…
By +972 Magazine May 8, 2017