Are the embarrassments Israel’s diplomats produce truly unintentional? They appear to be part of a deliberate policy, intended to promote our sense of isolation. 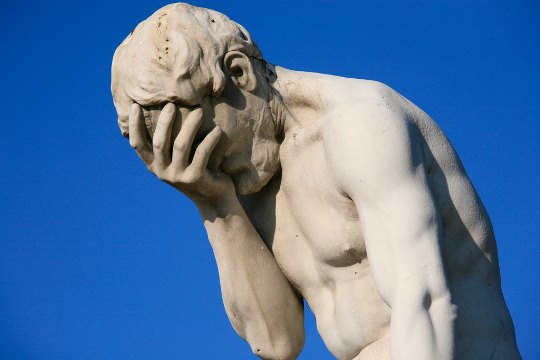 In an episode of the brilliant Danish television series “Borgen” (“The Castle”), Denmark’s fictitious Prime Minister Birgitte Nyborg travels to the imaginary African country of Kharun. Hoping to broker a peace accord between warring factions in that land, she rushes from the airport to a meeting with the local prime minister. He, however, fails to attend.

Angered, Nyborg demands to be taken back to the airport. One of her ministers, the Arabic speaking Amir, turns to a Kharunian dignitary and says: “Hadi fadiha.” This is when my girlfriend Ruthie and I burst out laughing in front of the screen. Fadiha! A familiar word! The Arabic expression for “embarrassment” or a “faux pas” was borrowed by Hebrew and is used incessantly in our culture. “Hadi fadiha” – “this is an embarrassment.” Indeed.

Not only do we know the word, we are also amply familiar with the situation, from a Kharunian, rather than a Danish perspective. Fadihas committed by the state have become habit around here, particularly since Avigdor Liberman was instated as foreign minister in the previous government. Liberman brought with him an anti-diplomatic approach that has since turned Israel into a state-sized fadiha. A famous example was the 2010 summoning of the Turkish ambassador to the Foreign Ministry, where he was offered a low chair. The low chair was meant as a public punishment, since the Turkish government allowed a certain television channel to air a drama series critical of Israel. Then-Deputy Foreign Minister Danny Ayalon soared above the ambassador on a taller chair and the media was invited to photograph his triumph.

Meanwhile, around the world, anti-diplomats were given prime posts. Among them are Israel’s ambassador to Ireland Boaz Modai, and his activist wife Nurit Tinari Modai, formerly of the Foreign Ministry herself. Last Christmas, the two sent the world a Christmas message of hate. On a Facebook page managed by the embassy, they posted an image of Jesus and Mary with the caption: “A thought for Christmas… If Jesus and mother Mary were alive today, they would, as Jews without security, probably end up being lynched in Bethlehem by hostile Palestinians. Just a thought …”

Liberman no longer serves as minister while he stands trial for corruption (he is still in the Knesset, however, and last week passed the first reading of the blatantly anti-democratic Governability Law). Netanyahu is holding on to the post until that beacon of international relations is available again. Faithful to Liberman’s agenda, he Netanyahu is keeping anti-diplomats in their posts. Yesterday, the similarly staffed Dublin embassy did it again, this time on Twitter. It claimed that “The UN itself has become a tool against Israel. Hitler couldn’t have been happier.” (Screenshot here)

Ambassador Modai’s position is under no threat. Hadi yet another fadiha, of course, but while most embarrassments are unintended, I have reason to suspect that the ones mentioned above are at least to some extent calculated. When society mocks an individual or a minority group, the one being mocked does not identify with the mockers. Rather, he feels alienated from them, lonely and angry. Netanyahu’s wish is to isolate Israel from the world, while augmenting our paranoia and presenting himself as our only savior. He amply benefits from the goofy hasbara, the misunderstanding and the sarcastic reactions.

As Israelis who do enjoy communicating with people from other countries, Ruthie and I feel the impact every day. We host couch-surfing guests who ask us questions about Israel, its occupation policies and its domestic issues, often with a slight snicker. It has become comical, in a tragic sort of way. I also experience the inevitable reaction of the alienated. “Don’t be condescending!” I warn, in a voice just a tad too defensive. A few more conversations like this and I, too, will move over to the mainstream. Who wants to be a walking faux pas?

How can we prevent this process from taking root more deeply? There are no easy answers. Manipulation is a powerful tool, and the Right has a nearly absolute reign on information in Israel at the moment. Our job as conscious Israelis is to share alternative views and homegrown criticism of our so called diplomacy as powerfully as we can, ignoring our designation as “traitors.” The world would do better not to point mocking fingers and make sardonic remarks, but instead offer a helping hand. Two nations are held hostage in the hands of evil clowns, nothing can be less funny than that.

Correction:
The transliteration of “fadiha” was corrected in order to more accurately reflect both the Arabic and Hebrew pronunciation and spelling. Thanks to commenter Ed for pointing out the mistake.