Israeli border authorities stopped 22-year-old Lara Alqasem from entering the country, despite the fact that she has a one-year student visa. 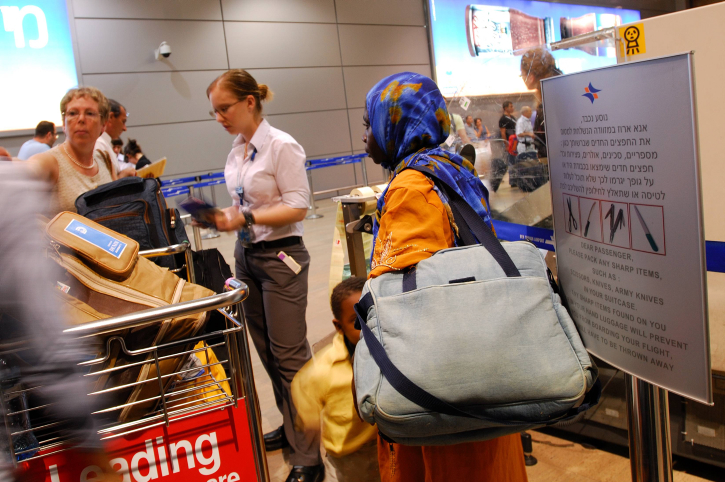 An American woman with a valid student visa was denied entry to Israel upon landing on Tuesday at Ben Gurion Airport.

Lara Alqasem, the 22-year-old granddaughter of Palestinian refugees from Haifa and a recent graduate from the University of Florida, was issued a one-year A2 student visa by the Israeli Consulate in Miami in early August. She was traveling to Jerusalem in order to complete her Master’s degree in Human Rights and Transitional Justice at the Hebrew University.

According to the Population, Immigration and Border Authority, Alqasem was denied entry to prevent “illegal immigration” and for public security considerations. But the border agents told Alqasem that she would be deported due to boycott activity and support for the BDS movement. According to Haaretz, the Authority claimed the visa had been issued due to a “lack of coordination” with missions around the world.

The deportation order is based on Israel’s “boycott travel ban,” a 2017 amendment to Israel’s Entry Law, which authorizes the interior minister to deny entry to any non-resident who has publicly called for or pledged support for a boycott of Israel or its West Bank settlements.

Upon arriving at Ben Gurion Airport on Tuesday evening, Alqasem was detained and taken aside by four border agents who questioned her for an hour and a half; they asked her about her plans in Israel, whether she had visited the country before, her father’s name, and where he was born.

Alqasem told +972 she believes the agents based at least some their questions on information obtained from Canary Mission — a far-right American watchdog group that publishes publicly accessible dossiers on college students whom they consider to be anti-Israel. The Canary Mission website includes a dossier on Alqasem, listing her as the president of the University of Florida chapter of Students for Justice in Palestine (SJP) between 2016-2017, although nothing in her file actually ties Alqasem directly to any statements that support a boycott of Israel.

Alqasem said one of the agents was “on his phone the entire time, telling the other to ask questions that were made up of information you can only find on that website.” At a certain point, Alqasem was able to see the border agent’s phone and saw that the browser was opened to the Canary Mission website.

After the interrogation was over, the agents told Alqasem that she was being deported but would have to wait until 7 a.m. on Wednesday for her return flight. After appealing the decision, Alqasem, represented by Attorney Yotam Ben-Hillel, appeared Wednesday afternoon before an appeals tribunal in Tel Aviv. The tribunal froze the deportation, citing the fact that Alqasem no longer belongs to organizations that support boycotts of Israel and the fact that she had a valid visa; they gave the state until Thursday morning to come to a decision.

Palestinians, Arabs, and non-Jews have been systematically denied entry to Israel for their political activities and identity for years. In recent months, a number of high-profile Jewish Americans have also been interrogated, and in some cases deported, for their political affiliations. Ariel Gold, a Jewish American activist who was planning to study at the Hebrew University, was deported in early July due to her public support for the boycott movement. Like Alqasem, Gold was issued a student visa, but Public Security Minister Gilad Erdan urged Interior Minister Aryeh Deri deny her entry to Israel.