Israeli authorities signal they plan to keep the deportation plan on schedule. 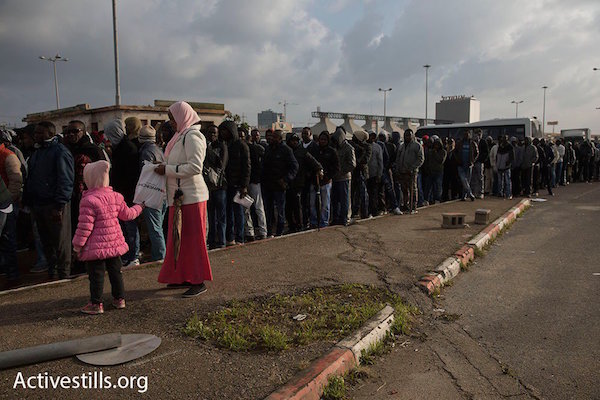 Israeli authorities announced that they will temporarily halt, until further notice, the deportation of African asylum seekers to Rwanda and Uganda. Israel will, however, continue to issue deportation notices, and asylum seekers who are already in prison for refusing deportation will not be released. Those processes will continue, the state told the High Court of Justice on Wednesday, “so that the [deportation] plan’s timeline is not delayed.”

The decision to temporarily halt the deportations came in response to a petition that sought an injunction to stop it. The High Court had declined to issue an injunction in a hearing Monday and it is likely that the state’s response on Wednesday was intended to ensure the court does not issue one. The deportations are are not scheduled to begin until April 1, so the Wednesday’s decision will have no immediate effect.

Israel’s plan to deport tens of thousands of African asylum seekers is based on an agreement between Israel and Rwanda, which Israel insists must remain secret and which Rwanda has denied exists at all. One of the main arguments in the petition against the deportation plan was that an agreement which one side refuses to acknowledge even exists is impossible to enforce, thereby putting the deported asylum seekers at risk and with no recourse.

In a hearing on Monday, Supreme Court Justice Hanan Melcer asked the state attorney how asylum seekers can be sure they will receive what Israel is promising them — legal status and the ability to work — if the Rwandan government denies that any agreement exists.

“If some of the refugees have problems in Rwanda, and theoretically they go to a Rwandan court, the court will say, ‘the Rwandan government denies that there is an agreement,’ so how could this agreement be enforceable?” the justice asked the state, according to Eitay Mack, who along with Attorney Avigdor Feldman is representing 119 Israeli human rights activists petitioning the court for an injunction. 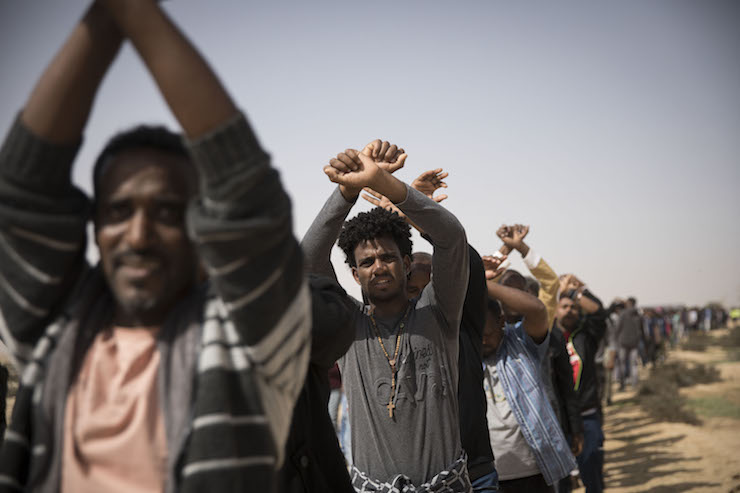 The High Court approved a previous version of the agreement with Rwanda in secret, giving its approval to the plan. However, changes have reportedly been made to the agreement and the petitioners claim the court must now reconsider its position, including whether current Israeli law even gives the government authority to carry out the mass deportations.

The Israeli government has refused to process and accept the overwhelming majority of African asylum seekers’ requests for refugee status. To date, Israel has recognized only one Sudanese national and 11 Eritreans as refugees. In contrast, 94.1 percent of Eritreans are recognized as refugees in Europe. An appellate custody tribunal ordered the state on Sunday to grant temporary residency to five Darfurian refugees due to what it deemed an unreasonable delay in processing their asylum requests.

Israel’s lack of a clear asylum policy and its failure to make information available has also made it difficult for people to submit successful asylum requests. Only 15,000 of the roughly 38,000 asylum seekers living in Israel have submitted requests for refugee status, and Israel has reviewed just 7,000 of them.