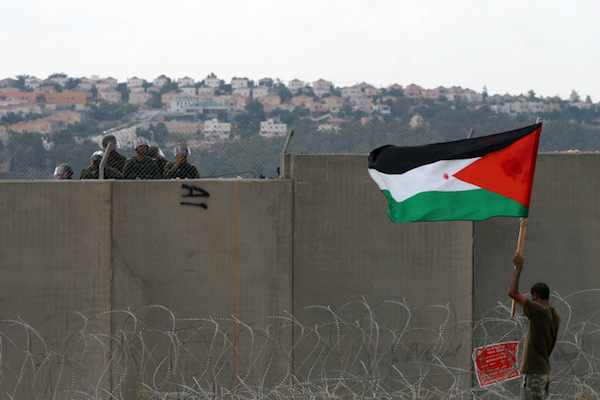 ‘Recognizing the Palestinian people would require going back and re-evaluating the Zionist narrative, and coming to terms with a competing narrative.’ (Issam Rimawi/Flash90)

Following World War II, the term “recognition” became political, a term whose purpose was to ensure the liberation of oppressed ethnic groups demanding political self-determination. The demand for recognition was especially relevant to conflicts surrounding identity, in which at least one side feels that the other is denying its identity and its right to become a significant actor on the world stage.

Theoretically, one can distinguish between two different components of recognition: recognition of the “other” as a nation, and recognizing its right to a state. The causal relationship between these two forms of recognition remains controversial. In my doctorate research I focused on the discourse around recognition by Israeli leaders vis-à-vis the Palestinian issue, highlighting the rhetorical “gap in recognition” by various leaders, which hindered the process of mutual recognition.

In his speech, the Israeli prime minister said:

The right to establish our sovereign state here, in the Land of Israel, arises from one simple fact: Eretz Israel is the birthplace of the Jewish People… But, friends, we must state the whole truth here. The truth is that in the area of our homeland, in the heart of our Jewish Homeland, now lives a large population of Palestinians… These two facts – our link to the Land of Israel, and the Palestinian population who live here, have created deep disagreements within Israeli society. But the truth is that we have much more unity than disagreement.

In doing so, Netanyahu presented “us” as the nation whose identity was forged in this homeland — a metaphor that ties a nation to the land — both physically and organically. The Palestinians, however, are not spoken of as a “nation” or a “people,” but rather as a “public” or “population” that “lives here” in our homeland — a sad fact of life that causes internal divisions among Israelis. The prime minister clearly distinguishes between a nation deserving of rights that shares its homeland with a population, or at most a public. In other words, in the first speech he has ever given supporting a Palestinian state, Netanyahu adopted a rhetorical strategy of denying Palestinians their nationhood.

Moreover, Netanyahu is seen as someone who suffers from the exact same problem as the Palestinians whom he blames. He argues that Palestinians recognize Israel’s existence only because the power dynamics are clearly not in their favor; that is, they recognize the existence of a Jewish state in the Middle East, but not in its right to exist. However, the same thing could be said about Netanyahu’s stance toward the Palestinians.

Israel’s prime minister is able to swallow, at least rhetorically, the idea of a Palestinian state in order to solve the regretful problem of another population living on Jewish land. Yet his uncompromising position that the land is the exclusive homeland of the Jewish people prevents him from recognizing the legitimacy of Palestinian nationhood and its narrative. A Palestinian state, therefore, is something we will simply have to come to accept. Recognizing the Palestinian people, on the other hand, would require going back and re-evaluating the Zionist narrative, and coming to terms with a competing narrative. Netanyahu is not ready for that.

Israel’s repeated demands that Palestinians recognize it as a Jewish state are an articulation of the need to hear that Palestinians accept the Jewish presence in this country as a moral principle — that they do not view the Jewish presence as a regretful fact. But as long as the State of Israel does not recognize the Palestinians as a nation entitled to its own state, even on some of the land it considers its homeland, it will not hear the words it hopes so badly to hear.

Elie Friedman is a visiting scholar at the Linguistics Department at Lancaster University, an associate research fellow at the The Harry S. Truman Research Institute for the Advancement of Peace, and a lecturer in the School of Politics and Communications at Hadassa Academic College. This article was first published in Hebrew by The Forum for Regional Thinking.