A number of senior columnists and reporters say that Israel should be pleasantly surprised by the deal struck between the P5+1 and Iran over the latter’s nuclear program. Netanyahu — and his mouthpiece — digs in his heels. 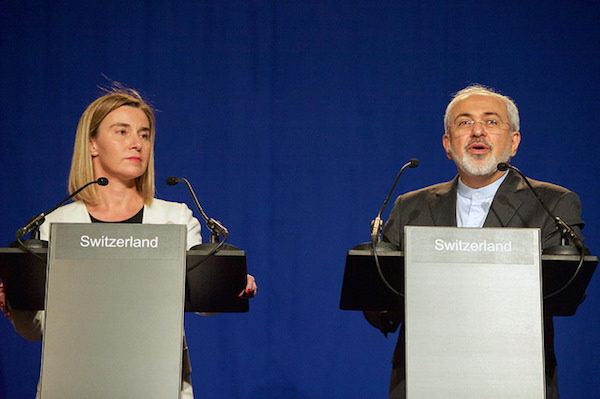 Although the pushback from the Prime Minister’s Office was immediate and unchanged, many senior figures in the Israeli media appeared to be pleasantly surprised by the details of the Iranian nuclear deal Thursday night and Friday morning.

Ron Ben-Yishai, the senior military analyst for Israel’s most mainstream newspaper, Yedioth Aharonot, penned a column early Friday morning in which he said the deal was better than expected. Urging caution going forward, Ben-Yishai said that if the current framework reflects the final agreement, “even Israel could learn to live with it.”

“We could not have achieved a better outcome even if Israel, the United States, and other countries had carried out military strikes on the nuclear sites in Iran,” Ben-Yishai.

Haaretz diplomatic correspondent Barak Ravid wrote that Israel will have a hard time fighting the agreement, the comprehensiveness of which caught many in Jerusalem by surprise.

“In contrast to the messages conveyed in Prime Minister Benjamin Netanyahu’s speech at Congress, the Israeli government’s public position over the last two years and the Pavlovian response that came out of Jerusalem on Thursday night, the framework agreement is not a bad deal at all,” Ravid wrote.

The newspaper’s Washington correspondent, Chemi Shalev, meanwhile, suggested that it might be worthwhile for Netanyahu to reassess his strategy of opposition to the deal.

Prime Minister Netanyahu and his mouthpiece, however, appeared to be digging in — at least initially, at least publicly.

Netanyahu’s bureau published a readout of his conversation with President Obama early Friday morning, led by a quote: “A deal based on this framework would threaten the survival of Israel.”

“Such a deal would not block Iran’s path to the bomb. It would pave it,” Netanyahu said.

Labor party leader Isaac Herzog and political partner Tzipi Livni put out a cautious but conciliatory message following the framework deal. Saying that Israel must now move on to the next stage of tackling the Iranian nuclear threat, the two said in a statement: “We must ensure that the final deal being put together at the moment reverses the Iranian nuclear program, prevents them from attaining a nuclear weapon, and protects Israel’s security interests.”

Joining the naysayers, Ma’ariv columnist Ben Caspit denounced the deal but suggested it could bring about a unity government with Netanyahu and Herzog.