CAIRO — “The whole region is changing except for Israel,” said Egyptian journalist Ahmed Naje. “In three or four years, Egypt will have a democratically elected civilian government, but Israel will still have a government dominated by former army officers. The gap in mentalities will widen, and it will become very difficult to bridge. Israel must change its approach to the peace process.” 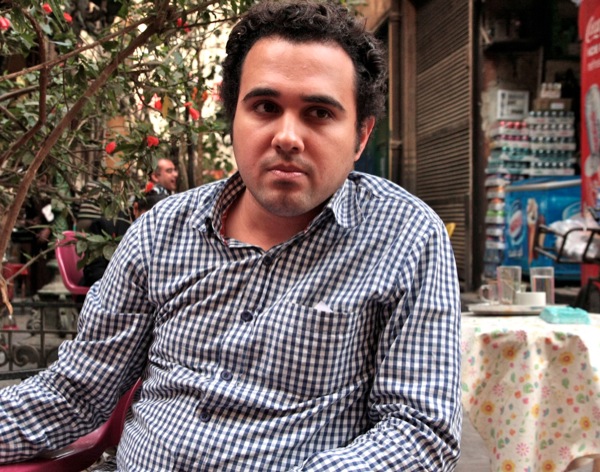 Ahmed, often called ‘Nagy,’* covers culture and literature for the daily newspaper Al Akhbar. The reporters are on strike to demand the editor in chief’s resignation, which is why he was able to spare me several hours for a conversation at a café in the borsa, the stock market area of downtown Cairo. It’s a picturesque street lined with outdoor cafes, popular with students and democracy activists. 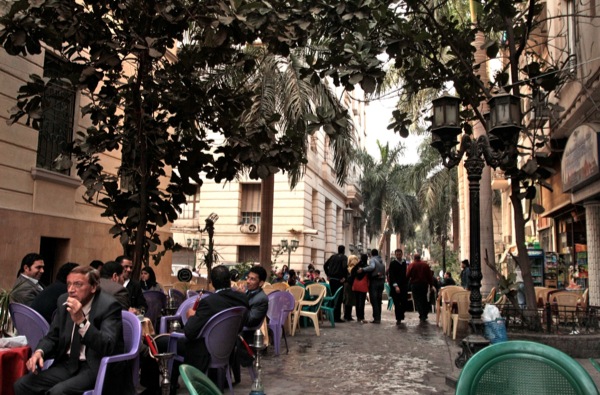 Nagy was one of the first people to welcome me back to the city, and so far he is the only Egyptian journalist who readily agreed to be interviewed for +972 Magazine. “I know who you are and I read +972 Magazine,” he said. “I don’t care that the contributors are mostly Israeli. What matters to me is what you write and what your opinions are.”

Agreeing to speak on the record for an Israel-based website, no matter what its politics, is a brave position to take in Egypt. The issue of normalization is hugely controversial, and is often cynically used to create media storms or carry out vendettas. The Journalists Union’s ban on normalization is not the main issue – as far as I have understood, the union does not have much power – but the social and political taboos are strong. There are plenty of people who will say off the record that they think slapping the ‘normalization’ label on every contact between Egyptian journalists and Israelis is ridiculous and hypocritical, but it’s a populist issue that isn’t going away.

Over the past two years, two prominent Egyptian journalists – Hala Mustafa of Al Ahram and Hussein Serag of October Magazine – were hit by a storm of controversy when their contacts with Israelis were made public. Under Mubarak’s regime, contact with Israelis could also arouse the undesirable interest of the dreaded Amn al-Dawla, the Internal State Security Service. Nagy’s unlikely to become the target of a media storm and the SSI has been dissolved, but there is still the issue of professional and social opprobrium. Nagy said he does not fear either one. When I repeated this to a few mutual friends, they smiled fondly and said, “Yeah, Nagy’s great.”

It’s already a cliche to describe the situation in post-Mubarak Egypt as ‘uncertain’ and ‘confusing.’ The revolution is a work in progress; many people have told me it will take several years to rebuild the country’s economy and institutions. University students are striking for the removal of Mubarak-appointed academics, workers are striking for minimum wage and improved conditions; there are demands to reform the ministry of communications and the ministry of security, and there are demonstrations in the Tahrir area several times per week. Daily life continues, but there is a sense that the army, about which many people are quite ambivalent, is the only thing preventing a state of chaos.

Nagy is pragmatically optimistic. He acknowledges the challenges and obstacles Egypt faces in transitioning to democracy, but he sees them as bumps on the road leading inexorably to a democratic Egypt with a civilian government elected by the people. “It will take five or six years for the real revolution to be achieved,” he says. “When the 15 and 16 year olds of today are mature adults who were raised on democratic values, without the mentality of needing a ‘father figure’ like Mubarak – that’s when the real change will happen.” He is certain that Egypt – and the entire Arab Middle East – is in a process of unstoppable historical change. We are going through a period of reorganization, he says, and Egypt will soon retake its position as regional leader. 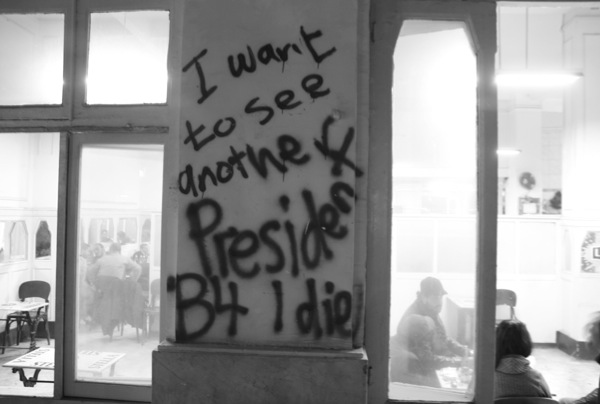 “Obviously we want the Palestinians to have their civil rights and their own state,” said Nagy, “But no-one is willing to spill Egyptian blood to achieve this goal.”

Only one Egyptian politician has called for abrogating the peace treaty with Israel, he pointed out. Hamdeen Sabahy, of the left-leaning Al Karama (Dignity) party, made a statement to that effect during a radio interview show. According to Nagy, three or four people immediately called in to challenge Sabahy, asking irately what he meant by ‘cancel.’ The terms of the peace treaty are unpopular, but a popularly elected government can renegotiate them. “We just had a referendum in this country and the results show that people want stability,” said Nagy. “War is the opposite of stability. No-one wants it.”

No-one in the political leadership of the Muslim Brotherhood has called for canceling the peace treaty, either. Nagy’s a secular liberal, but he does not fear the Muslim Brotherhood. “There are a lot of misconceptions about them,” he said. “For example, it’s not true that their target constituents are the poor and disadvantaged, or that the Brotherhood has a non-democratic agenda. And it’s not true that their membership is drawn from the poorer classes, either. If you look at their membership list, you won’t find a single one who did not finish high school.”

The Egyptian narrative of the 1967 and 1973 wars with Israel, and of the war of attrition that came between the two, mirror the Israeli narrative of suffering and loss. It seems as though nearly every Egyptian has an uncle or a father who served, died or was taken prisoner in one of those wars. Just as Israelis in their forties who grew up in the border regions remember childhoods spent in bomb shelters, so do Egyptians who grew up in Suez remember the many civilians who were killed by the Israeli army. Issander El Amrani, a well-known Middle East expert who blogs at The Arabist, told me that the 1967 war pretty much bankrupted Egypt. No wonder, then, that war with Israel is the last thing anyone wants.

There is also a lot of popular resentment toward the natural gas deal, whereby Egypt sells one of its most valuable natural resources to Israel at a price that is well below market value. Egyptian journalists who try to investigate the terms of the deal, which were negotiated with no transparency at all, have been rewarded with the unwelcome attention of the ISS. It is widely believed that most of the revenue from the gas deal went straight into Gamal Mubarak’s bank account, to the detriment of Egypt’s largely impoverished population. Last year, there were reports – denied by EGAS – of Egypt having to re-import its own natural gas from Israel due to an electricity shortfall.

“Do you see Israel as a threat?” I asked him. Nagy laughed in surprise. “Who in the world does not worry about Israel?” he asked. “Can you show me one week when Israeli soldiers did not kill civilians? What would make any Egyptian feel positive about Israel? What positive thing has Israel ever done for Egypt? Even the peace treaty was initiated by Sadat, by the Egyptian side. Not by Israel.”

Yesterday, a friend sent me this poll, which asks Egyptians about the issues they want an elected leader to focus on. The top three issues are getting rid of corruption (73%), reforming the education system (53%) and reducing unemployment (60%). Ending the peace treaty with Israel is the least important issue, with only 23 percent of respondents citing it as an important issue.

During the Egyptian revolution, a lot of Israeli Middle East analysts – mostly men in their 60s – lined up in front of the television cameras to predict that the overthrow of Mubarak would take Israel back to the bad old days, before the peace treaty, when the border with Egypt was a dangerous place and the threat of war was always present. No-one explained why Egypt would want to go to war with Israel, or why Egyptians wanted to overthrow Mubarak. As Mohamed said to me, “This revolution was not about Israel, you know. B’emet.”

If you enjoyed this article and would like to make a payment toward reader-sustained freelance journalism, please click here. You will be taken to my old blog, where I have cross-posted this article. Scroll to the bottom of the post and click on the yellow ‘donate’ button.