Israel signed the treaty at the last possible moment before it came into effect, granting it rights but not requiring any concrete action. Now Israel needs to ratify to prove its commitment to the principle of denying arms to those who might use them for committing human rights violations or war crimes. 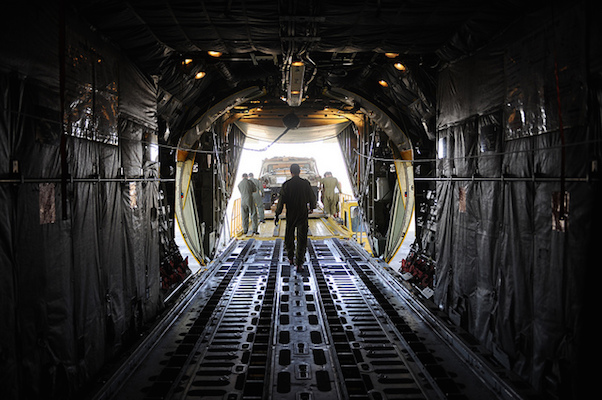 Last week we celebrated a day of historical significance: following over 20 years of campaigning by Amnesty International, the Arms Trade Treaty (ATT) went from being a distant fantasy to a legally binding reality, upon finally coming into force on December 24th.

At least half a million people die every year on average and millions more are injured, raped and forced to flee their homes as a result of the poorly regulated global trade in weapons and munitions. The arms trade is shrouded in secrecy, but the recorded value of international transfers is approaching $100 billion annually.

The group of 128 countries who have signed the treaty were joined last by Israel, just before it came into force. The Israeli section of Amnesty International has been running a campaign for 3 years now, to reach this signing: hundreds have signed petitions, numerous demonstration and events were held, including the projecting of a live Facebook page on the wall of the Chinese embassy to protest the Chinese arm trade, and a demonstration of Sudanese asylum-seekers in front of the Russian embassy protesting Russian arms transfers to the Sudanese government, which are being used to fuel the ongoing massacre in Darfur. We stayed in touch with the Israeli Foreign Ministry, and Israel’s statements in favor of the treaty were like music to our ears. “Israel supports the principles and goals of the treaty, and was an active partner in shaping it throughout the years of negotiation”, the Foreign Ministry stated. Amen.

But Israel bought its place on the treaty in what feels like as an end-of-season sale. Israel enjoys several benefits by signing the treaty now, as opposed to joining after the treaty came into force. The first being that had it not signed now, it would have needed to both sign and ratify to get a place at the table in the future. The second is indeed that seat at the table: states that signed the treaty will likely be able to become observers at the committee of member states, and speak in meetings, a level of participation that is apparently important to Israel. And lets us not forget the publicity benefits of being on the right side of history, as long as it doesn’t actually require any real action.

Israel’s signature on the treaty is a bit like the gym membership card that resides in my wallet. When I bought it, the card was without a doubt an important step to a healthier lifestyle. But it has to be used in order to achieve its purpose.

Israel must ratify the treaty if it intends to stand behind the brave statements it made when signing. Otherwise, this treaty, like others Israel has signed, and like my gym membership card, will end up being a well-intentioned but useless piece of paper.

This is a far more serious matter than an under-used gym membership card. Israel must not stop at signing, but bring the ATT into full ratification. Ratifying means taking international law and legislating it as a state law in the Knesset. After all, human rights are not to be bargained for.

Yonatan Gher is the director of Amnesty International in Israel. This article was first published on +972’s Hebrew-language sister site, Local Call. Read it in Hebrew here.

Related:
Profiting off war: A look into the world of Israeli arms dealing
‘Wars on Gaza have become part of Israel’s system of governance’