A UN Security Council resolution rejecting South Africa’s 1983 constitution shows that there is precedent and necessity to act against Israel’s Nation-State Law. 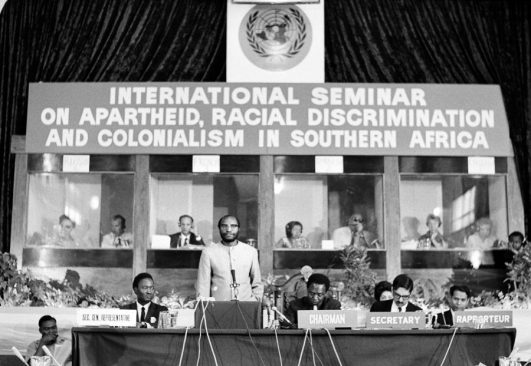 In a referendum on November 2, 1983, White voters in apartheid South Africa approved a new constitution to restructure their political system. In addition to consolidating executive power with the presidency, a tricameral parliament was established to grant segregated representation for Coloreds and Indians, with the White chamber holding the parliamentary majority. Non-whites were appointed to various public positions, and some economic and social restrictions were repealed. Black Africans, of course, remained excluded from the electorate.

Proponents of this reform hoped it would make apartheid more sustainable by assuaging growing opposition at home and abroad. It didn’t. The following year, the UN Security Council declared the new constitution “null and void” with Resolution 554 (13 in favor, with the U.S. and U.K. abstaining). Affirming the “legitimacy of the struggle … for the elimination of apartheid,” the Council accused the constitution of seeking to “continue the process of denationalization of the indigenous African majority, depriving it of all fundamental rights, and further entrench apartheid, transforming South Africa into a country for ‘whites only.’”

The resolution went further, rejecting “any so-called ‘negotiated settlement’ based on bantustan structures” or on the new constitution. It called on governments and organizations not to recognize the 1984 elections (the first under the tricameral system), and to support the transformation of South Africa into a non-racial democracy. In short, the world was not buying Pretoria’s attempts to beautify its regime. Apartheid had to go. 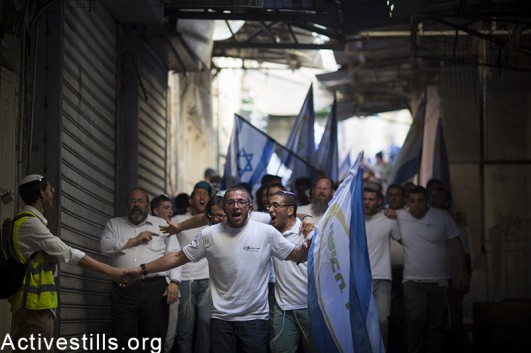 When Israel’s Knesset passed the ‘Jewish Nation-State Law’ one year ago this month, it effectively declared apartheid the constitutional law of the land. Yet the responses of the international community have hardly matched those toward South Africa 35 years ago. Some like the European Union have publicly raised concerns about the Basic Law’s effect on Israel’s minority citizens and democratic values; but for the most part, they have treated it as an internal matter that they cannot interfere with, at least until the Supreme Court completes its judicial review.

This tepid reaction is disturbing given the severity of the new law. Among other provisions, it asserts that the right to national self-determination in the state belongs to Jews only; it demotes Arabic from its status as an official language; and it encourages exclusive Jewish settlement as a “national value.” This discrimination has always existed through government policies and other legislation since 1948; but now, as a constitutional compass, it further narrows the channels left inside the state – particularly for Palestinian citizens – to challenge these practices.

More dangerously, the law solidifies the single regime that oppresses all Palestinians on both sides of the Green Line. Spurred by the U.S.’s endorsement of Israeli sovereignty over East Jerusalem and the Golan Heights, the Knesset is advancing legislation aimed at annexing settlements and other swathes of Palestinian lands, which would extend the Basic Law’s jurisdiction deep into the occupied territories. Even without formal annexation, Israel’s ‘permanent occupation’ is already securing Jewish supremacy between the river and the sea, thus fulfilling the law’s purpose.

Taken altogether, Israel’s political regime is a striking reincarnation of South Africa’s model in 1983. It offers the vote to Palestinian citizens under the guise of democracy, while disenfranchising the majority of their brethren living under the state’s rule. It maximizes the privileges and living spaces of Jewish citizens, while fragmenting and caging Palestinians into segregated, pseudo-autonomous enclaves. 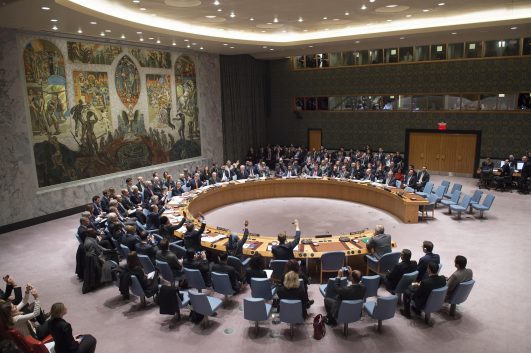 And yet, for all these similar features – which Palestinians had identified long before the Nation-State Law ever existed – a resolution like 554 would be unthinkable today. Unlike with South Africa, the world has long given Israel an exception to pursue its own form of apartheid.

Far from questioning the legal hierarchy between Jewish and Palestinian citizens of the state, foreign leaders are pledging to protect Israel’s ‘Jewish character’ and demographic majority. Instead of challenging the power dynamics that entrench the status quo, governments are gluing themselves to a peace process that has shredded a Palestinian state into bantustans. Rather than affirming the legitimacy of the struggle to end the occupation, legislatures are decrying any nonviolent action and criticism of Israel as anti-Semitic.

History, however, shows that there is precedent and necessity for international action. Instead of parroting praise of Israel’s ‘democracy’ on election day on September 17, governments should be calling out the fact that over half of the state’s subjects have no say in the regime that rules them. They should be rejecting the Nation-State Law and endorsing efforts to build a democratic, non-racial, and rights-based future – just as Resolution 554 did. The world’s message should be as clear today as it was three decades ago: apartheid has to go.