If Jewish leaders and activists are going to speak up against Israel’s recent anti-democratic trends, they cannot remain silent on what has been corrupting its democracy for decades. 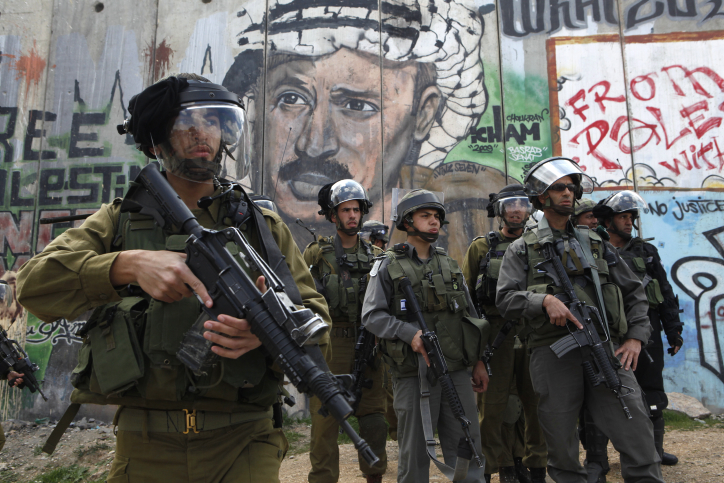 It is not news to many Israelis that their government, led by Benjamin Netanyahu, is pushing all those who do not align with his spirit of nationalism and racism to the margins of society. Ongoing legislation against the LGBTQ community, the Jewish Nation-State Law, and intense incitement against left-wing activists continue to degenerate Israel’s delicate social fabric. Recent detainments of Jewish American public figures and activists at Ben Gurion Airport, including the journalist Peter Beinart, serve as a blaring reminder of this climate. However, they are merely a symptom of years of Netanyahu’s policies, and of the generation that was comfortable in ignoring the occupation.

Ronald Lauder is among that generation, and in his article, “Israel, This Is Not Who We Are,” recently published in the New York Times, he describes the drastic ideological and identity-related shifts impacting American Jewry. According to Lauder, divisive legislative processes in Israel are multiplying at a deeply troubling rate, and Jewish communities, especially younger groups, are no longer willing to stand idly by the anti-democratic trends unraveling in Israel in recent years. Fear of the deterioration of Israeli democracy is indeed troubling, and anyone who cares about Israel’s future cannot afford to sit on the sidelines, writes Lauder.

So where is the problem? One word was missing from Lauder’s diagnosis. You guessed it: occupation. Both in analyzing the country’s ills and in offering solutions, Lauder overlooks decades of Israel’s military control over millions of Palestinians.

Lauder, like many in his generation, cannot comprehend how occupation is among the leading factors that have been corrupting Israeli democracy for 51 years, and counting. He is willing to speak against the ever-growing inequality between Jews and Arabs in Israel – especially with the passing of the Nation-State Law – but apparently, he does not mind the separate legal systems that discriminate between Jews and Palestinians in the occupied territories.

For Lauder, infringing on the LGBTQ community’s rights is unacceptable, but he does not seem to mind the denial of Palestinians’ political rights in the occupied territories, including the exploitation of queer Palestinians for security purposes.

It may have been convenient for Lauder and his generation to ignore the occupation, but this grave injustice will not disappear until Israel ends it. A just and egalitarian society cannot exist here so long as Arabs, and all minorities in Israel, are not completely equal to Jews. Israel will never be a true democracy so long as it continues to control millions of Palestinians by force, and Israelis’ security and liberty cannot be ensured so long as those of Palestinians are not safeguarded.

More and more young American Jews are realizing that the occupation is not just an Israeli policy mishap, but rather the most consistent policy that the Israeli government has furthered in recent decades. For Jewish leaders like Lauder to remain relevant, they must bravely confront the reality they have grown accustomed to suppressing, and uncompromisingly resist the occupation and the settlement enterprise. The young Jewish community is already there.

Nadav Bigelman is a member of Standing Together, a joint Jewish-Arab movement which aims to create social change in Israel.