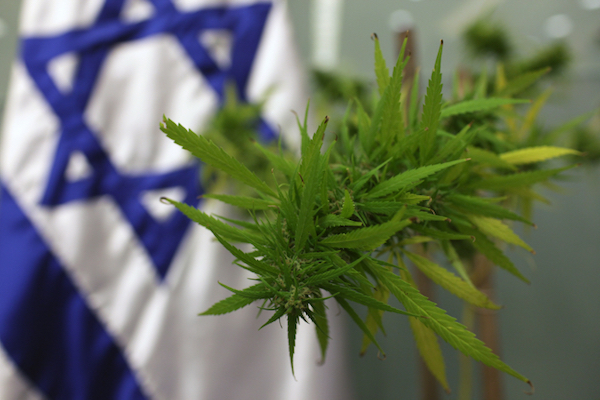 An Israeli and a Palestinian are hanging out somewhere in the West Bank. Maybe they’re activists decompressing after a particularly stressful protest. Maybe they’re old friends, an employer and an employee, catching up over a cup of coffee outside one of their homes. One of them pulls out a joint and shares it with the other.

Out of nowhere, an Israeli police officer shows up. He or she arrests the Palestinian. The Israeli walks free with a citation — a measly fine.

That is the situation that will be created if a bill to decriminalize marijuana, currently making its way through Israel’s parliament, becomes law.

That is the situation because there are dual legal systems in the West Bank: one set of laws and courts for Israeli nationals, one set of laws for Palestinians — in the exact same space.

You wouldn’t want Israeli civilians being brought before military courts created with the “enemy population” in mind, would you? Of course not.

So the Knesset, Israel’s parliament, did what any logical occupier who decided to transfer its civilian population into an occupied territory would do: it passed an “emergency regulation,” valid as long as Israel is in a declared state of emergency (which it always has been), that gives Israeli courts jurisdiction over crimes committed by Israeli nationals in the occupied West Bank — outside the State of Israel.

(For a great explanation of Israel’s dual legal systems in the West Bank, see this article in the Israel-Palestine Journal.)

So again, imagine this: an Israeli and a Palestinian are sharing the exact same joint. They are standing in the exact same place. They are caught by the exact same police officer. One becomes a criminal, brought to a military court with a 99 percent conviction rate, and faces time in military prison. The other goes free.

Is that apartheid? If not, what the hell is it? (Seriously. If you have a better term, let’s hear it in the comments section. Extra points for creativity and marijuana-related puns.)

Of course, the dual legal systems exist with or without marijuana decriminalization. Pot just makes for an easy explanation of how ridiculous and unjust such a system is.

(Just to confuse things a little more: The example of the legality of marijuana in this article is only valid in vast majority of the West Bank where the Israeli army exercises full security control, which also happen to be the most common places where Israelis and Palestinians interact. An entirely different dual legal system applies in the 18 percent of the West Bank known as Area A, where the Palestinian Authority has jurisdiction over Palestinians but not Israelis. Palestinian police are generally forbidden from operating in the rest of the 72 percent of the West Bank, definitely not without the Israeli army’s explicit permission.)