Raja Eghbarieh, a Palestinian citizen of Israel and leader of a movement that boycotts the Knesset elections, was charged last month with incitement for a number of posts he wrote on Facebook. The judge, for now, remains unconvinced. 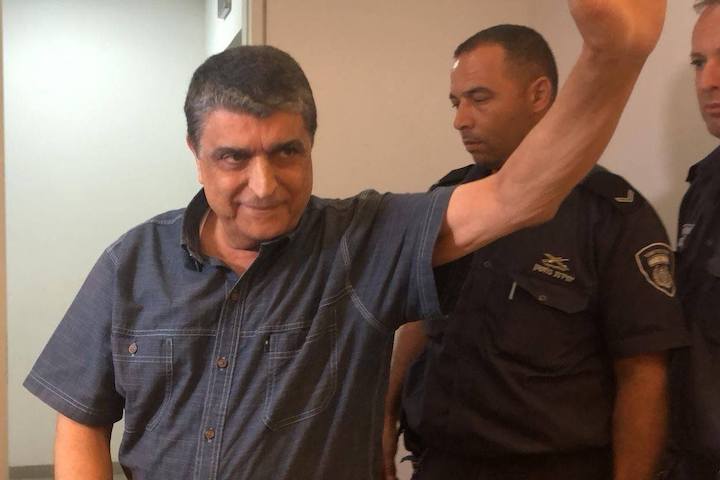 An Israeli court heard arguments Tuesday against authorities’ demand that a popular Palestinian political activist, charged with incitement last month, remain behind bars through the end of legal proceedings.

Israeli authorities arrested Raja Eghbarieh, the former secretary-general of the Abnaa al-Balad movement — a leftist Palestinian faction that boycotts the Knesset elections — at his home in Umm Al-Fahm on September 11. On September 20 he was indicted in the Haifa Magistrate’s Court on “incitement to terror” and “identification with a terrorist organization,” based on 10 different posts on his personal Facebook page. The prosecution filed a request to keep him in jail until the end of the legal proceedings.

A number of posts mentioned in the indictment relate to an attack in July 2017 by three Palestinian citizens from Umm Al-Fahm who shot dead two Israeli policemen in Al-Aqsa Compound in Jerusalem, and who were killed themselves during the attack. While Eghbarieh’s posts do not express support for the attack, it seems that the very use of the word martyrs (“shuhada” in Arabic), the analysis of their motives, and expressing grief over their death is regarded as unlawful.

Another post in question includes a photo from the commemoration at the first anniversary of the killing of Bassel Al-Araj, who was shot and killed by Israeli soldiers in Ramallah. Al-Araj was well known as an independent activist and a leader of the youth protest movements in the West Bank. The indictment claims he was a member of the Popular Front for the Liberation of Palestine (PFLP), and carried out terrorist attacks at the behest of Hezbollah.

In yet another post, Eghbarieh commemorated the 10th anniversary of the death of George Habash, the founder of the PFLP and one of the most prominent and influential figures in the history of the Arab left.

The prosecution argues that releasing Eghbarieh, even under restrictive conditions, constitutes a “danger to the public,” since he might continue to publish posts on Facebook.

On October 2, Judge Maria Pikus Bogdanov heard the request to extend Eghbarieh’s detention until the end of legal proceedings. The outcome of this hearing can be decisive for the entire case, as legal proceedings can often take years. When a defendant is in detention during the trial, he/she is often pressured to agree to a plea bargain rather than go through a protracted legal battle that might result in pre-conviction jail time that is longer than the sentence if eventually convicted.

In the courtroom, a team of lawyers led by Attorney Hassan Jabareen, the founder and head of Adalah — The Legal Center for Arab Minority Rights in Israel, rejected the translations supplied by the prosecution, instead emphasizing the explanations given by Eghbarieh during his interrogation. They argued that none of the publications call for violence, but rather constitute a legitimate expression of political analysis and opinions, and therefore the indictment itself is baseless. 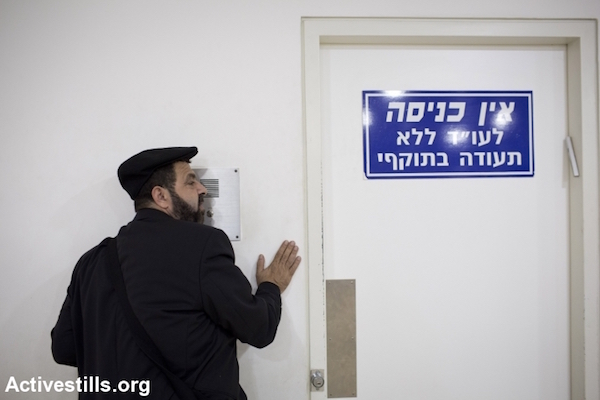 In some cases, the attorneys pointed out specific words that were added in the Hebrew version that did not exist in the Arab source in order to add an “aggressive” tone. In other cases they presented an alternative translation of the same texts, which imbue them with a different meaning. The defense also noted that the prosecution presented the texts without specifying who translated them, and complained that the evidence doesn’t include testimony from a translation expert. The prosecutor and the judge do not know Arabic, and finally the judge requested the prosecutor to provide written comments regarding the translation.

Discussing the George Habash post, Jabareen argued that the publication focused on the deceased Palestinian leader’s attempts to establish a research center, rather than on any violent activity, and wondered how such a publication could be interpreted as identification with a terrorist organization. He noted that Eghbarieh himself, along with other leaders of the Palestinian citizens of Israel, has appealed in the past to the Israeli High Court of Justice, demanding the right to hold a memorial conference for Habash in Nazareth. The request was denied due to “fear of violence,” but never was it claimed that holding of a memorial service for Habash is illegal in itself.

The defense also argued that the investigation against Eghbarieh was conducted for many months, starting in February 2018, therefore his posts were available on the internet and the police were aware of them long before he was arrested. Moreover, the police issued an arrest warrant against Eghbarieh on August 7, 2018, but only arrested him over a month later, on September 11. The police did nothing to warn Eghbarieh or remove the publications.

The defense also presented a long list of cases in which Jewish defendants were accused of incitement to violence against Arabs, as well as incitement to harm Israeli soldiers. Those cases included explicit calls for violence, something that does not exist in the publications attributed to Eghbarieh. In some cases the prosecution even showed a direct connection between the incitement and violent acts that followed. Yet in not a single of those cases did the state request to keep the defendant in detention until the end of legal proceedings.

Judge Bogdanov seemed to take the defense arguments seriously, asking the prosecutor a number of tough questions. The prosecutor did not know how to explain why the police waited between the time they became aware of the publications and until they decided to arrest Eghbarieh. With regard to the claim of discrimination in enforcement between Jewish and Arab citizens, he tried to argue that this is a completely different clause in the law and that there is no place for comparison. The judge, however, seemed unconvinced by his argument and ordered him to reply in writing by Thursday. Another hearing on the remand request was scheduled for October 7.

The Higher Arab Follow-Up Committee called for a vigil outside the courthouse before the remand hearing last Tuesday. Around 100 Palestinians attended including prominent leaders from Balad and the Islamic Movement as well as many Abnaa Al-Balad activists.

Yoav Haifawi is covering this trial and more on his blog, Free Haifa. A version of this article was first published in Hebrew on Local Call. Read it here.