Oday Stiti was arrested and put in administrative detention late last year. After over 40 days of hunger strike, the state decided not to extend his detention. 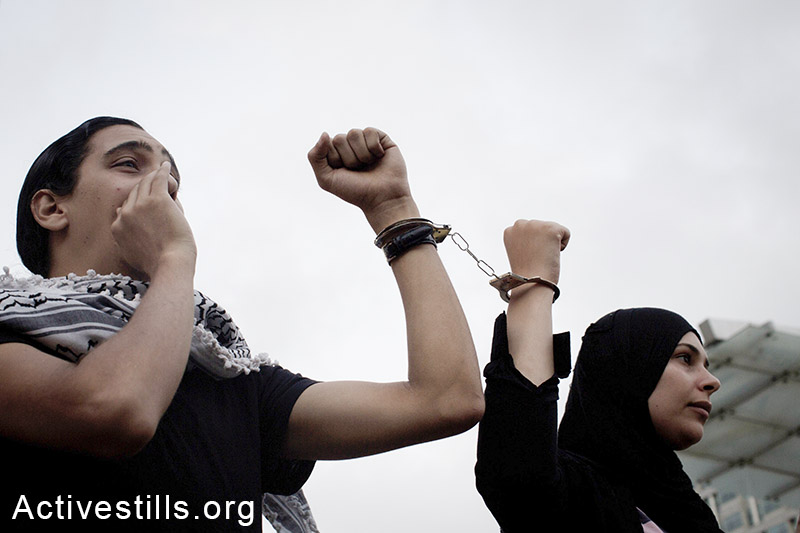 Even before the Knesset passed its force-feeding bill early Thursday morning, the state reached an agreement with Oday Stiti, a Palestinian administrative detainee who went on hunger-strike for 42 days.

Stiti, a 24-year-old administrative detainee from Kafr Qud, a village near Jenin, was arrested on November 16, 2014 under administrative order, after which he went on hunger strike to protest his detention without being sentenced or put on trial. According to his attorney, Stiti was abused and humiliated by his prison guards, who would cook meat outside his cell in order to force an end to his strike.

His attorney further claimed that Stiti was prevented from showering for 12 straight days, and was often transferred from prison to prison, at which point his guards did not allow him to take basic supplies and clothing along with him.

Until recently, says his attorney, the Israel Prison Service’s preliminary condition for entering negotiations was an end to the hunger strike. On Wednesday, however, the two sides reached an agreement according to which Stiti’s administrative detention would not be extended in exchange for an end to his hunger strike. He is scheduled to be released on October 20th.

There are now three remaining Palestinian prisoners on hunger strike in Israeli prisons: Mohamed Allan, a 33-year-old lawyer from the village Einbus near Nablus, who is currently on his 43rd day of hunger strike; Musa Sufan, who is striking over a lack of medical treatment; and Abdullah Abu Jabar, who is on hunger strike to demand his deportation to Jordan upon completing his prison sentence.

The agreement with Stiti came just hours before the Knesset approved a law early Thursday morning that sanctions the force-feeding of hunger-striking prisoners in Israeli jails. The law passed by a small margin, with 46 lawmakers in favor and 40 opposed.

The so-called “hunger-strike law,” allows a judge to sanction the force-feeding or administration of medical treatment if there is a threat to the inmate’s life. This applies even if the prisoner refuses.