Europe says it doesn’t want its largesse to be funneled over the Green Line – Israel screams anti-Semitism.

Despite all the outrage and charges of Nazi-style behavior (here and here) that Israeli patriots are leveling against the European Union, the EU’s new guidelines concerning the occupied territories don’t take anything away from Israel; they just place conditions on the EU’s enormous charity to this country. The EU isn’t saying it’s going to stop buying from Israeli businesses or bar Israeli ships or planes from entering European territory; it’s saying that when it gives grants, prizes, awards or support to Israelis – terms that the guidelines repeat over and over – it does not want that largesse to be funneled directly or indirectly to the West Bank, East Jerusalem or Golan Heights.

The guidelines’ biggest economic landmine is the threat of harm to research and development agreements, which benefit Israeli researchers and organizations with budgets worth hundreds of millions of euros. “We need the European R&D programs like we need oxygen,” said a senior official in Jerusalem.

And this is while Europe is hurting economically and Israel, by comparison, is doing great. No matter; we’re the victims again.

This is not yet a win for the anti-occupation forces; the Netanyahu government, the settlers and the Israel lobby in the U.S. are going to fight back furiously. There will almost certainly be a push for more settlement construction, and Netanyahu will be under pressure from his right flank to deliver. I would expect an upsurge in settler violence, especially against churches around Jerusalem. And I wouldn’t be surprised if there were a move in the U.S. Congress to make up for every dollar Israel loses to the EU with two dollars American; what better way for the Republicans to show their bottomless hatred for those prissy liberal, Arab-loving, European snobs?

Still, I think this will turn into a win for our side, because an Israeli backlash will set off an anti-occupation backlash, and the result will be that the movement for non-violent action against Israeli policy gets stronger. The EU’s directive should have the effect of normalizing, mainstreaming the call to force Israel to pay a price for ruling over foreign peoples and their land. It’s already happening; Meretz and Peace Now both endorsed the EU’s move, which was something of a “radicalization” for them. I expect a lot of people who honestly oppose the occupation but have a psychological barrier about taking sides against Israel to start breaking that barrier; I can’t imagine anybody with a genuine moral objection against what Israel does to the Palestinians (and, yes, the Syrians) having a problem with what the EU did to Israel.

First Stephen Hawking, now this. Alarms are going off in this country. Finally. I don’t want to get carried away, but I think it’s fair to say that the breezes of change, at least, are in the air.

Related:
The day Europe got Israel’s attention
What’s in the new EU guidelines regarding activities beyond the Green Line?
Can the EU’s settlement exclusion push the U.S. to follow suit?

Before you go…
A lot of work goes into creating articles like the one you just read. +972 Magazine is nonprofit journalism, owned by many of our writers, editors, and journalists. In order to safeguard that independent voice, we are proud to count you, our readers, as our most important supporters. With your support, we can keep +972 Magazine a strong, independent, and sustainable force helping push the global discourse on Israel/Palestine.
DONATE
More About stephen hawking 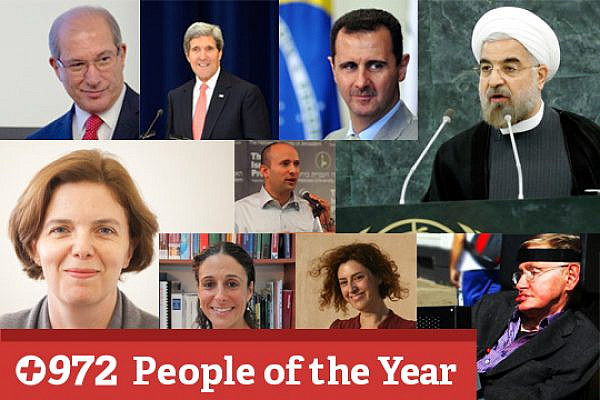 +972 People of the Year: Bloggers’ picks
Featured prominently in headlines this year were diplomatic initiatives that averted wars and lowered nuclear tensions, boycott victories, Israeli labor organizing, settlers settling in to mainstream politics, human rights defenders and at least one ruthless dictator. +972 bloggers pick the people who, for them, defined Israel, Palestine and the wider region in 2013. Read why…
By +972 Magazine December 30, 2013 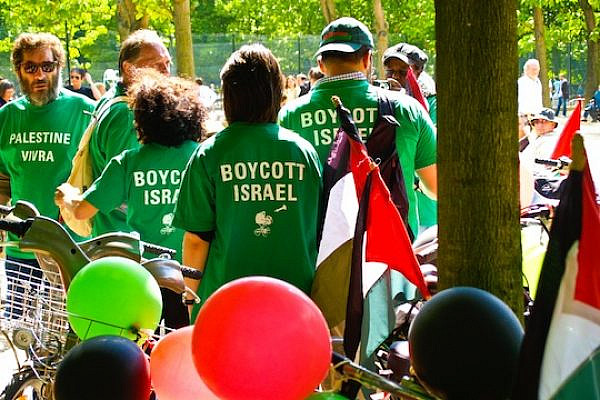 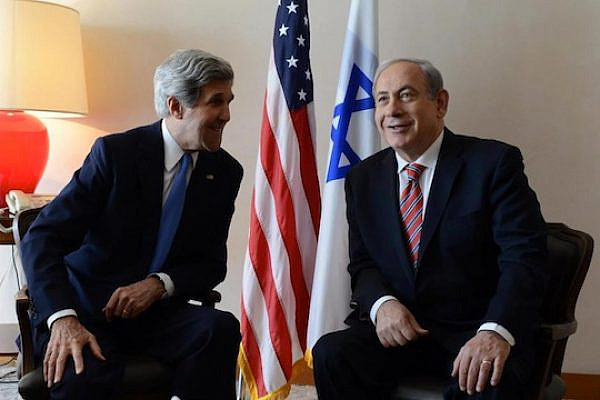 Goodbye boycott: The cost of Kerry’s ‘breakthrough,’ part 2
The tactic of punishing Israel for the occupation was finally beginning to take a psychological toll – then the U.S. secretary of state rode to the rescue. The Palestinian Authority was planning to go to the UN in September, in line with the 20th anniversary of the failed Oslo Accords, and begin the process of…
By Larry Derfner July 21, 2013