After failing to reach an agreement with a ‘third country,’ Israel announces that its plan to deport tens of thousands of African asylum seekers has collapsed. 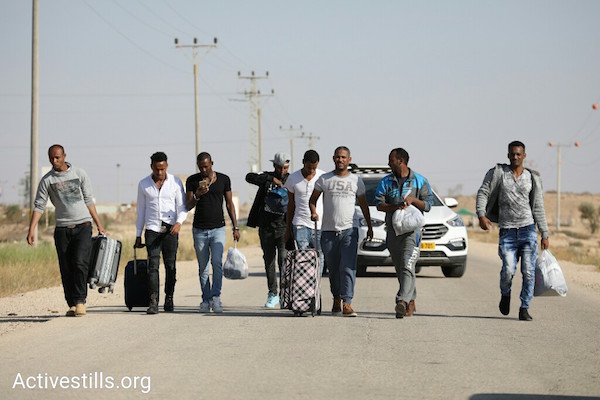 The Israeli government informed the High Court Tuesday that its plan to forcibly deport tens of thousands of African asylum seekers has collapsed, after failing to broker a deal with “third countries” to resettle them.

Earlier in April, Israel released over 200 Eritrean and Sudanese asylum seekers from Saharonim prison — all of whom had been imprisoned for refusing deportation to Uganda or Rwanda — after the government failed to meet a court-ordered deadline to present a new agreement with Uganda that would allow the mass deportation of refugees to proceed.

Over the course of the past month and a half, the Israeli government’s plan to deport the African asylum seekers gradually fell apart after the High Court demanded the government present a deportation plan to resettle the migrants, or free them from detention.

Massive anti-deportation rallies across Israel and around the world, activists and journalists (including work by +972 Magazine) working to expose what happened to asylum seekers after being deported from Israel, public and international pressure on the Rwandan government, strategic lawsuits challenging the deportation plan itself, and the right timing all played a role in stopping the mass deportations.

After Rwanda backed out of a secret agreement with Israel to accept refugees deported against their will, Prime Minister Netanyahu announced a different arrangement in early April: in exchange for the UN helping to resettle 16,250 asylum seekers in Western countries, Israel would provide legal status to those who remained. But just hours after announcing the UN deal, Netanyahu cancelled it, under pressure from the Israeli Right.

The Israeli government then claimed that it was close to reaching a secret agreement with Uganda, similar to the one it claimed to have with Rwanda, to accept asylum seekers deported from Israel against their will.

Uganda officials, however, repeatedly denied any agreement existed and even claimed that Israel has been giving forged travel documents, bearing the Uganda Interior Ministry’s insignia, to asylum seekers it deports. Israel sent a special envoy to Uganda to attempt to negotiate an agreement, but the envoy returned empty handed, triggering the release of the asylum seekers imprisoned for refusing deportation. 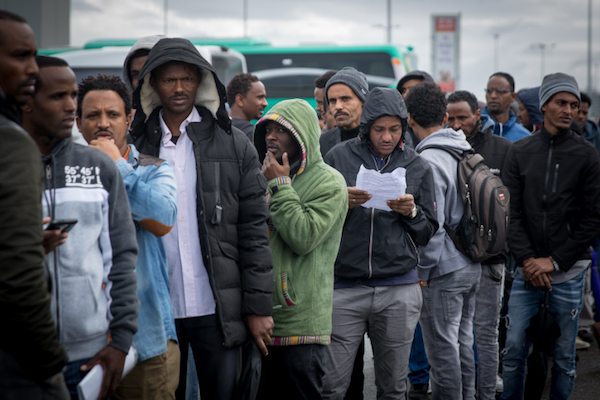 In the absence of the mass deportation plan — under which asylum seekers were given a choice between deportation and indefinite imprisonment — the government policy will roughly revert to what it was prior to the announcement of the plan last December. African asylum seekers must renew their visas every two months, businesses that employ them can be fined, and the government seizes 20 percent of their paychecks — which it returns to them only if and when they leave Israel. 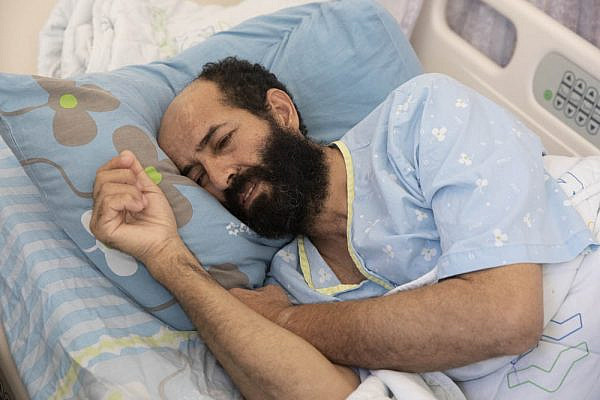