As part of Israel’s anti-BDS campaign, officials say members of Jewish Voice for Peace, one of the fastest growing Jewish organizations in the U.S., will not be able to enter Israel. 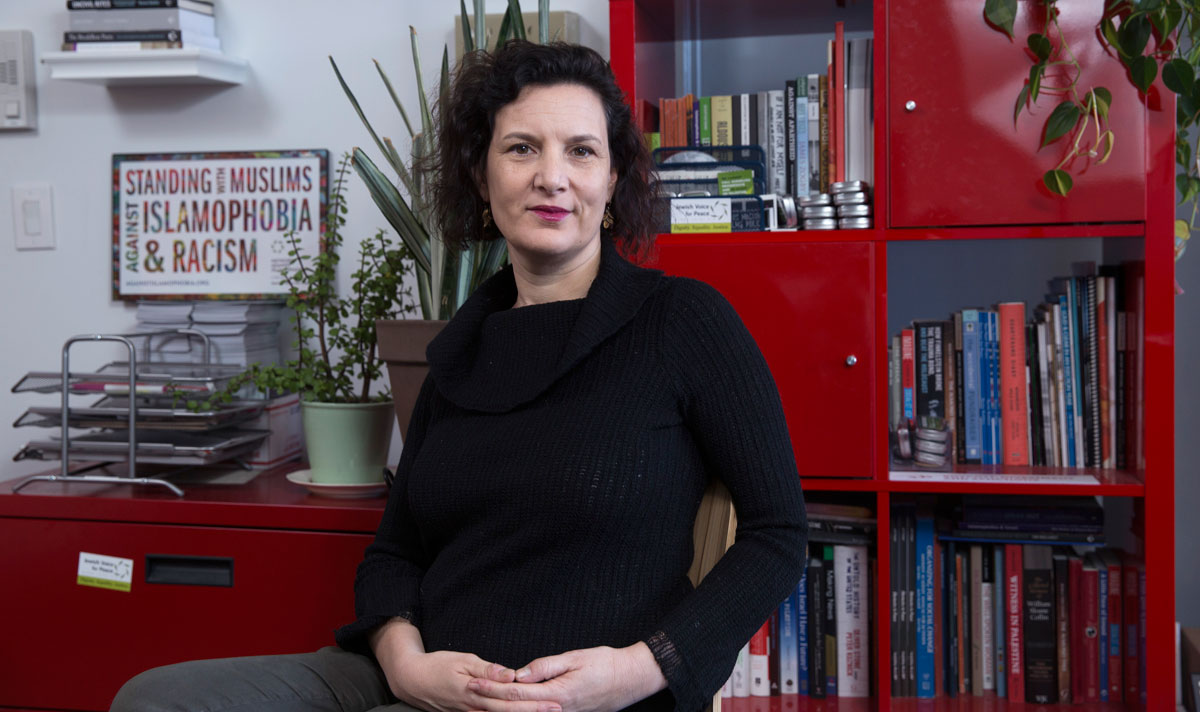 An Israeli government ministry confirmed on Saturday that the American Jewish organization, Jewish Voice for Peace*, is among 20 organizations from around the world that have been placed on a BDS blacklist, which means its members will be barred from entering Israel. JVP is the only major Jewish organization in the U.S. that openly advocates for and identifies with the Boycott, Divestment and Sanctions (BDS) movement.

As part of its war on BDS, Israel’s Strategic Affairs Ministry, headed by Minister Gilad Erdan, has been compiling a list of pro-BDS organizations whose members will be barred from entering the country. Last March, Israel passed a law preventing those who promote or support BDS from entering Israel, and in July, it prevented five activists from an interfaith delegation from boarding  plane to Israel — including a rabbi, Alissa Wise, the deputy director of JVP.

Israel’s decision to specifically ban JVP leaders from entry is disconcerting but not surprising, given the consistent erosion of democratic norms as well as increasing fear of the BDS movement in Israel.  JVP members are now joining Palestinians, Muslims from around the world, people of color and other activists who are often barred from entry.

Our JVP members have no doubt about the justice of fighting for equality and freedom for all people in Israel/Palestine, and the legitimacy of BDS to bring that closer.  We will not be bullied by these attempts to punish us for a principled political stance that increasing numbers of Jews and all people worldwide support.

As someone with considerable family in Israel, this policy will be a personal hardship. But I also believe it is an indicator of the BDS movement’s growing strength and hope that it will bring the day closer when all people in Israel/Palestine will live together in equality and freedom.

According to the report in Haaretz, the ministry has refused to name the other 19 organizations that are on the list, which will be completed in March of this year. Reports in Israeli media noted that groups on the list are from all over the world, including South America, South Africa and Europe.

Erdan’s decision to include and single out Jewish Voice for Peace by naming it is noteworthy. JVP is considered by the “pro-Israel” community to be a fringe anti-Israel group at best, and anti-Semitic, at worst. Jeffrey Goldberg, editor in chief of The Atlantic, recently called JVP “a group that displays a homicidal impulse towards Israel.”

The Israeli government is sending a clear message that being Jewish will not protect you from being denied entry into the Jewish State, which proclaims to be a safe haven for Jews. This, despite the fact that under Israel’s Law of Return, any Jew (a person with one Jewish grandparent) can move to Israel and become a citizen, and is offered a financial benefits package for doing so. Moreover, the anti-BDS law does not overrule the Law of Return. This means a pro-BDS Jew may not be allowed to enter or visit Israel, but they can still naturalize there and receive money from the state.

It is unclear whether JVP is the only explicitly Jewish organization on the blacklist. Since the 2014 Gaza War, JVP has been one of the fastest growing Jewish organizations in America. According to Vilkomerson, it has 15,000 dues-paying members, over 70 chapters, 250,000 supporters and over half a million social media followers.

*Disclosure: I did some freelance work for JVP for a few weeks last year.