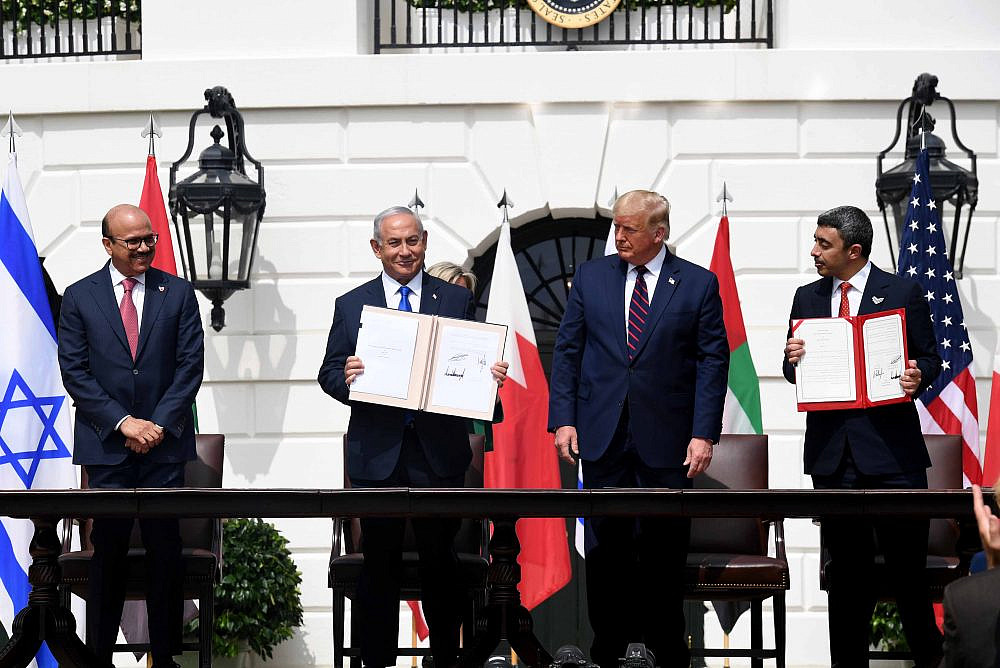 The normalization agreement between Israel and the United Arab Emirates is, according to Israeli arms industry leaders, a “win-win” situation. Speaking in late August at an online business conference on the potential of the UAE deal, Israel Aerospace Industries’ deputy CEO, Eyal Younian, waxed lyrical about Israel’s regional know-how and the UAE’s deep pockets and “great appetite for advanced technologies.” IAI is Israel’s largest state-owned arms manufacturer, and Younian’s remarks were part of a clear focus on potential arms deals at the conference. From this perspective, the normalization was indeed a win for both Israel and the UAE, and perhaps for the United States, too — a win-win-win.

There is also a history of the UAE availing itself of Israeli surveillance software. In 2007, the UAE contracted 4D Security Solutions, a U.S.-based firm headed by an Israeli expat, Mati Kochavi, to roll out a “smart” surveillance system throughout Abu Dhabi.

In reality, a crucial part of the technology was provided by an Israel-based subsidiary, Kochavi’s Logic Industries. (In 2015, the company laid off over a third of its Israeli workforce in order to maintain a contract with a Gulf client.) This project, completed in 2016, resulted in “Falcon Eye,” one of the most intrusive city surveillance systems in the world.

In 2016, the UAE used Israeli spyware, Pegasus, operated by the infamous NSO Group, in a hacking attempt against Ahmed Mansoor, an Emirati human rights defender. Today, Mansoor is serving a 10-year sentence for his human rights work.

DarkMatter, an Emirati cyber intelligence program engaged in surveillance of other governments, militants, and human rights activists critical of the monarchy, also has ties to Israel.

These are only the deals made public so far. According to some in the Israeli cyber industry, who prefer not to go on the record, it is an open secret that Israeli start-ups set up shop in Cyprus to accommodate sales to Gulf countries that would rather conceal business with Israeli companies. We can only assume this included the UAE and Bahrain.

The win-win-win scenario for the arms industries is much bigger than just a diplomatically negotiated market expansion, however. On the sidelines of the three-way agreement between Israel, the UAE, and the United States, the latter two countries struck a deal wherein the United States will sell fifth-generation American F-35 fighter jets to the Gulf state at a minimum price of $77.9 million per unit. Israel is now in the process of weighing up what kind of “compensation package” to secure from the U.S. government, in exchange for the perceived dent to its “qualitative military edge” in the region — the maintenance of which has previously prevented such arms deals. This “compensation” will manifest as part of the United States’ military aid to Israel. 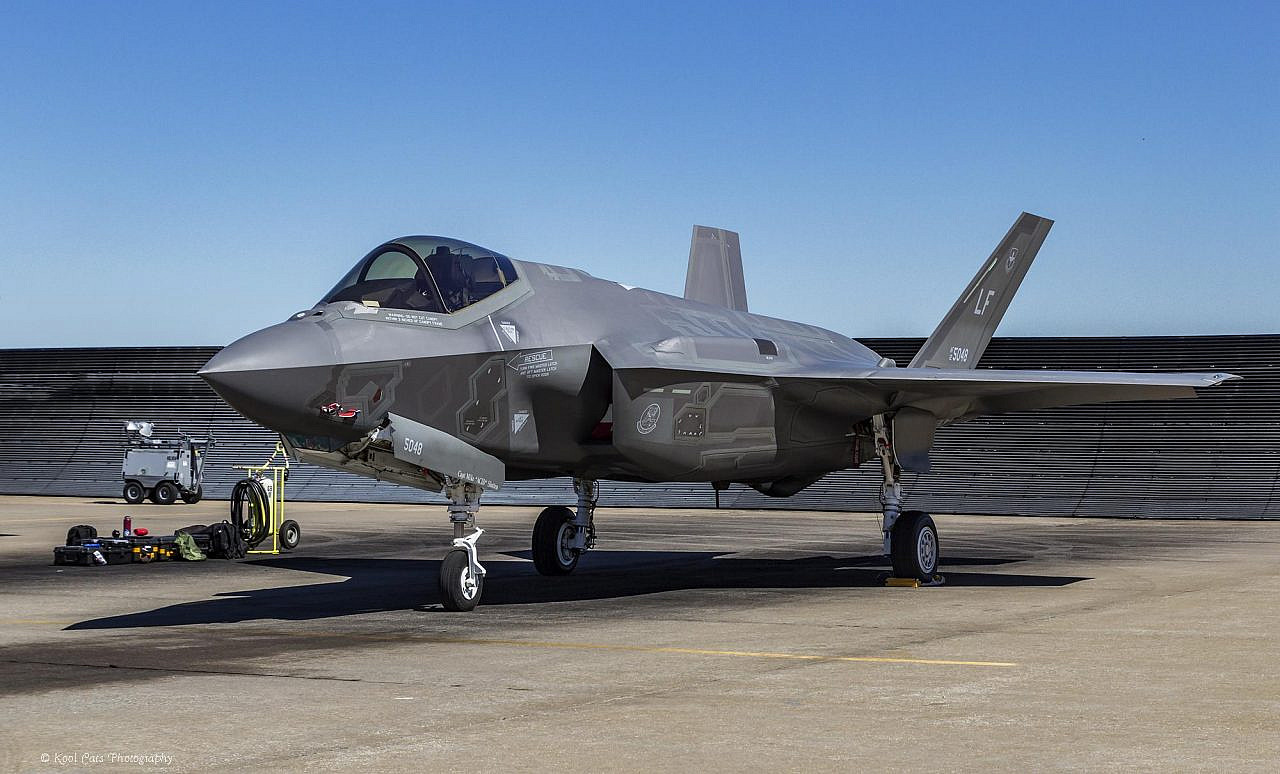 In sum, the normalization agreement allows both the Israeli and U.S. arms industries to increase sales to the UAE, the U.S. arms industry to possibly increase (or at least accelerate) arms sales to Israel through the military aid agreement, and, as a result, the UAE to get its hands on more advanced weapons systems.

There is, also, one further layer of Israeli profit in the deal, precisely in the area where Israel is supposed to “lose out.” In mid-September, U.S. arms giant Lockheed Martin awarded Israel’s Elbit Systems with a contract to supply assemblies for the F35. The contract adds to other F35 parts, such as its helmet-mounted display systems and panoramic cockpit display, which Elbit Systems has been making for years.

With this win-win-win for the arms industries, who loses out from it all? Given that the UAE is already using Israeli technologies to prevent dissent and opposition among their own citizens, and considering Abu Dhabi’s role in the war on Yemen, the real losers of this “normalization” are apparent: the people.

In Jerusalem, the local loss is also apparent: firstly, Palestinians, who have just watched countries that have historically claimed to support their rights and independence sign a normalization agreement with their occupier.

Secondly, Israelis, who are now in a second full COVID-19 lockdown amid a devastating economic recession, are having to watch their prime minister spend his time and energy on normalization agreements that have no effect on their daily life, and that profit only the upper echelons of Israeli society.

For U.S. citizens, meanwhile, this deal is just another reflection of the country’s military-industrial-diplomatic complex within which the United States committed a trillion dollars on the development of the F35 fighter jet — money that could have been spent on education, welfare and, now more than ever, healthcare. Lose-lose-lose.

As a peace activist, it is strange to do anything other than support any kind of peace treaty. But, this normalization agreement — what the Israeli government is trying to sell as a peace deal — forces us to remind ourselves what we actually mean by peace. An agreement in which the main profiters are arms industries and economic elites, and the losers are the people, is not a peace accord. It is a war agreement — of governments against the people. 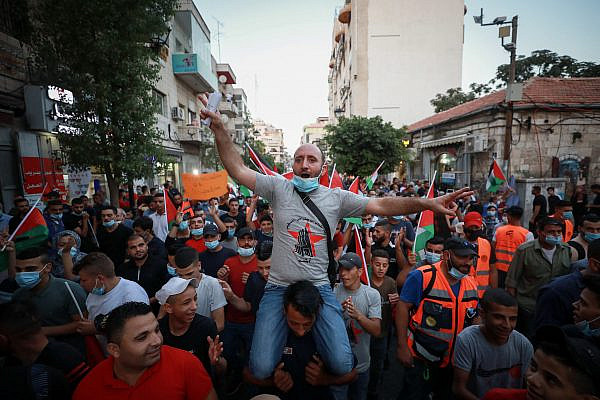