Israeli human rights activists file an appeal to force the Israeli government to come clean on its so-called blacklists of foreign nationals who support the boycott movement. 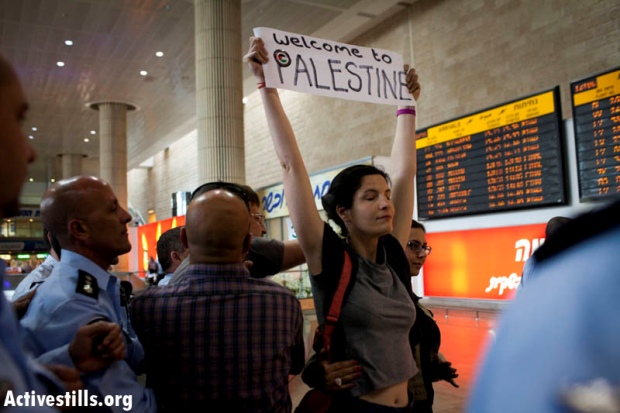 An Israeli activist arrested at Ben Gurion Airport while demonstrating in support of the ‘Welcome to Palestine’ fly-in protest, April 15, 2012 (Activestills.org)

A group of Israeli human rights activists filed an appeal to the Jerusalem District Court Thursday morning to try and force the Israeli government to reveal the so-called “blacklists” of foreign nationals, who are prevented entry into Israel due to their support for the boycott, divestment and sanctions (BDS) movement. The Israeli activists, represented by Attorney Eitay Mack, filed the petition after the Population and Immigration Authority refused to provide them with the information, claiming it is concerned about the privacy rights of pro-BDS activists and organizations.

The activists first filed a freedom of information request with the Population and Immigration Authority, asking to receive protocols, background information, and decisions that were made vis-a-vis people or organizations who have been blacklisted. The activists had hoped to gain access to information gathered by the Israeli government on these activists, as well as messages and correspondences with foreign entities — countries, airlines, security organizations — on the issue of blacklists.

Mack explains the background for the request in the opening of the appeal:

For the past few years the Immigration Authority, the interior minister and the minister for strategic affairs have been instilling fear in the Israeli public… Representatives of the Population and Immigration Authority, the Interior Ministry, and the Ministry for Strategic Affairs repeatedly compare BDS activists and organizations to terrorists who threaten the existence and security of the State of Israel. They describe dealing with BDS activists and organizations as akin to a ‘military operation,’ and they tend to celebrate and boast about their every achievement to prevent the entry of BDS activists into Israel.

To the surprise of the Israeli activists, the Authority claimed that blacklists do not actually exist, and refused to hand over the information out of concern for the privacy rights of BDS activists and organizations.

In March, the Knesset passed a law that would forbid granting entry visas or residency rights to foreign nationals who call for economic, cultural, or academic boycotts of Israel or West Bank settlements. The law came in the wake of a pledge by Strategic Affairs Minister Gilad Erdan to form blacklists of pro-BDS activists who try to enter the country. 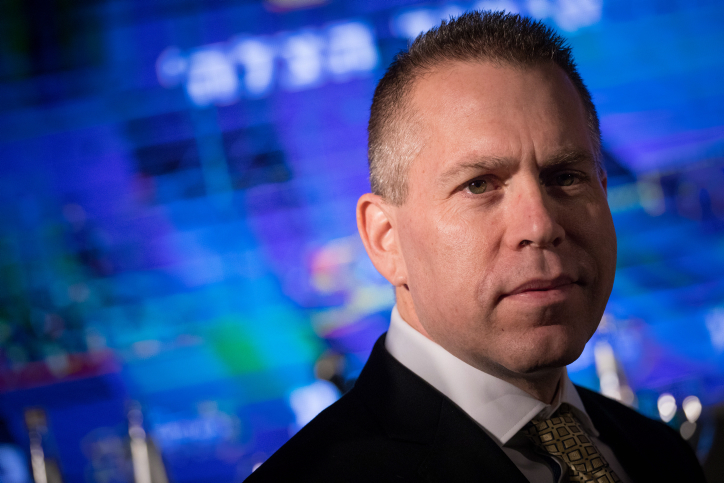 Let’s get one thing straight: the Israeli government does not really care for the privacy of those activists, since it is precisely that very privacy that is violated whenever it hands over information about them to various entities around the world. Only recent did German airline Lufthansa bar five BDS activists from a flight from the U.S. to Israel, claiming the Israeli authorities will refuse them entry upon landing. According to the criteria published by the Authority, activists who belong to organizations that “actively” support the boycott can be denied entry into the country.

How did the Population and Immigration Authority know that these five specific activists — who were supposed to visit as part of a group of over 20 activists — pose a threat? And how does the Authority know which of these activists meets the criteria? How does it gather intelligence on them? If information on BDS activists is gathered through sources that are open to the public, argue the appellants, there should be no problem revealing the information that is gathered on the public activities of activists and organizations in question, which led them to be placed on those lists in the first place. If the authorities do not illegally use invasive monitoring and spying software to gather information that is deemed private, then revealing the protocols over the decision to add them to the blacklists does not constitute an invasion of their privacy.

“There is a ‘slippery slope’ in ‘blacklisting’ international activists who are exercising their rights to freedom of expression, which is still legal in their countries of origin, as well as handing over the lists to foreign entities without any transparency and without the prior knowledge of the people or organizations who appear on the lists,” say the activists. They worry that without the proper oversight, the Israeli government will soon be establishing similar lists for Israelis who are in touch with international pro-boycott activists.