Israeli airlines stopped flying this morning in an open-ended strike opposing the country’s Open Skies agreement with the EU. The issue is complicated and there are no easy ways to resolve it.

On the one hand, there is no question that opening Israeli airport(s) to more flights is good for consumers: it will bring more tourists, create new jobs and lower prices, making it cheaper for Israelis to fly. But the way Israeli airlines are structured at the moment, it would drive the three companies out of business.

As Gideon Afek writes in the Times of Israel:

El Al today functions under an archaic strategy, one that was commonplace in commercial aviation from the 1950′s and up to the 1980′s. In those days, national carriers transported passengers to and from the mother country. The entire market in which El Al competes, comprises of flights to and from Israel alone.

Part of the solution is to compete in a market that is hundreds if not thousands of percent larger than that of flights to and from Israel. That means moving to a “Hub” model, whereby Tel Aviv becomes a transit point for the majority of customers, instead of a final destination.

Well that sounds great, but there’s no foreseeable way to make it happen. As Afek notes, the issue of longer flight paths to the East (in order to avoid flying over enemy states) is certainly constricting and makes Israeli flights more expensive. But the main problem is the Israeli security establishment’s tight controls over who and what flies into and out of Israel.

There is no way the Shin Bet, which is responsible securing for all air travel in Israel and all Israeli flights overseas, could handle the amount of traffic that a transformation of Ben-Gurion Airport into an expanded El Al hub would bring. But beyond that, the currently mandated security measures would certainly turn off a large number of potential transit passengers (both voluntarily and involuntarily).

More so, opening El Al flights to non-Israel-bound passengers (infinitely more non-Jews than currently fly on the airline) could open the airline to be targeted by discrimination suits in Western countries. Assuming El Al is able to become a competitive alternative for European Asia/Africa-bound passengers, a decent portion of the potential customer base is Muslim. Would they be allowed to fly through Ben-Gurion Airport?

So what can be done? If Israel wants to both implement the Open Skies agreement and ensure that its own airlines stay in business, it needs to massively increase subsidies to the airline industry. The only problem? The Israeli government doesn’t have any money. It is currently looking to cut spending in every direction. How can it afford to increase subsidies?

With a fervently free-market government in place, there is a chance that Israel will have its Thatcher Moment, as Niv Elis solemnly hopes for in a JPost blog. But that won’t solve anything either.

I hope you’re not planning on flying El Al this week.

emailemail
Before you go…
A lot of work goes into creating articles like the one you just read. +972 Magazine is nonprofit journalism, owned by many of our writers, editors, and journalists. In order to safeguard that independent voice, we are proud to count you, our readers, as our most important supporters. With your support, we can keep +972 Magazine a strong, independent, and sustainable force helping push the global discourse on Israel/Palestine.
DONATE
More About Blog Post

A farewell of sorts
Earlier this month, at the conclusion of a long-planned transition, I ended my role as executive director (and prior to that – editor-in-chief) of +972 Magazine and Local Call. I am succeeded by Sawsan Khalife’, a journalist and activist from Haifa. I began working in journalism in 1998, right before the Internet came and changed everything. My first…
By Noam Sheizaf September 17, 2015 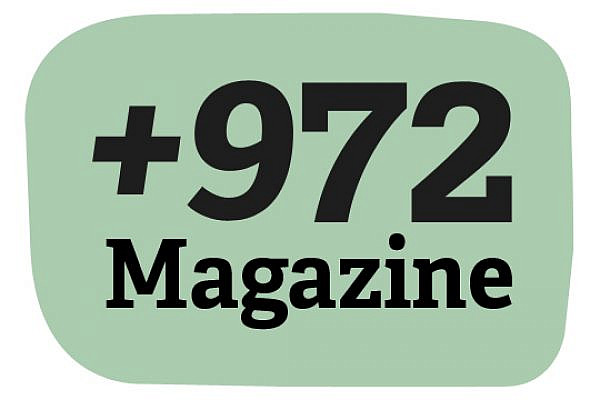 +972 is seeking an Executive Director
Five years after its founding, +972 is looking for a new executive director. We view this as a natural progression of the maturation of the website and the entire project, and we look forward to the next phase. +972’s non-profit organization (“+972 For the Advancement of Citizen Journalism”) operates two online magazines, in Hebrew and…
By +972 Magazine May 3, 2015 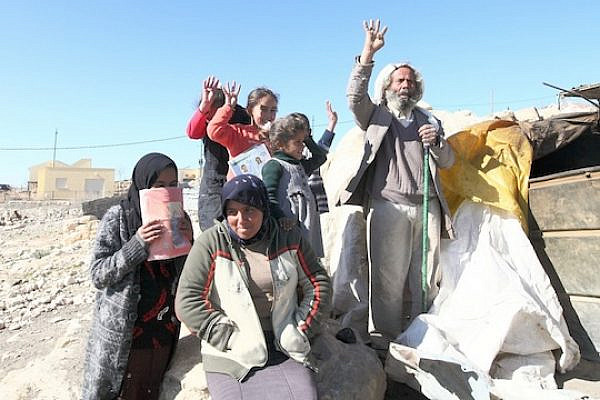 Wind, water, bread: A West Bank village’s fight for survival
The feeling one gets after visiting Umm Al Khir is one of shock: do you insist on stealing even this little bit? By Yesh Din, written by Yossi Gurvitz At the beginning of January, in the company of Yesh Din’s field researcher Muhaned Anati and field operations coordinator Yudit Avidor, I visited the village of…
By +972 Magazine February 24, 2014