On Sunday morning, thousands of mourners lined Ramallah’s streets for the funeral procession of Mustafa Tamimi, a 28-year-old Palestinian who was killed by the Israeli army this weekend. The procession continued to Nabi Saleh, where hundreds attended Tamimi’s burial. The army reportedly fired tear gas on some of the mourners, beat unarmed demonstrators, and arrested seven activists 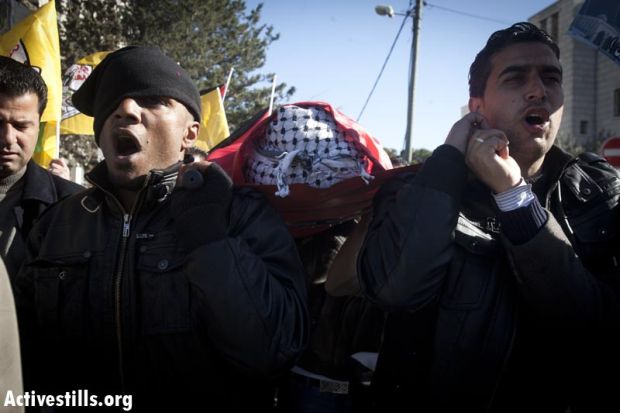 Hundreds of mourners proceeded to Nabi Saleh, Tamimi’s village and the place he was shot by a tear gas canister during the weekly demonstration against the Israeli occupation and the illegal settlement encroaching on Nabi Saleh’s land. Tamimi was shot in the face at close range on Friday and died of the injuries Saturday morning. 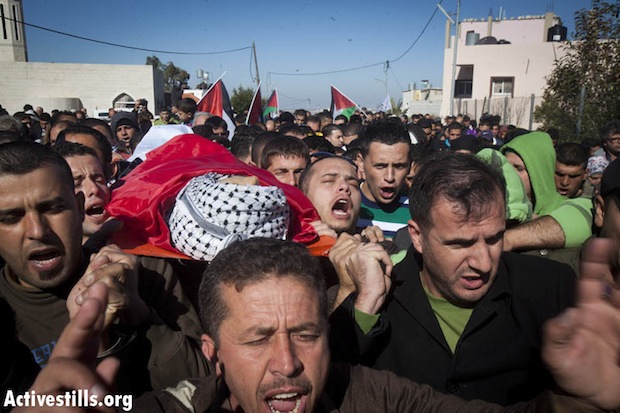 Those attending the funeral in Nabi Saleh reported that the Israeli army gathered on the hills nearby. They also said that an armored military jeep used to shoot tear gas–a “tear gas jeep” as Abir Kopty put it–was waiting at the entrance of the village when the funeral procession arrived.

When the mourners shouted at the soldiers for killing Tamimi, soldiers cursed them.

After Tamimi’s burial, local youth headed in the direction of the spring that belongs to the village but has been appropriated by the neighboring settlement, Halamish. The army fired tear gas and skunk water on the unarmed demonstrators. 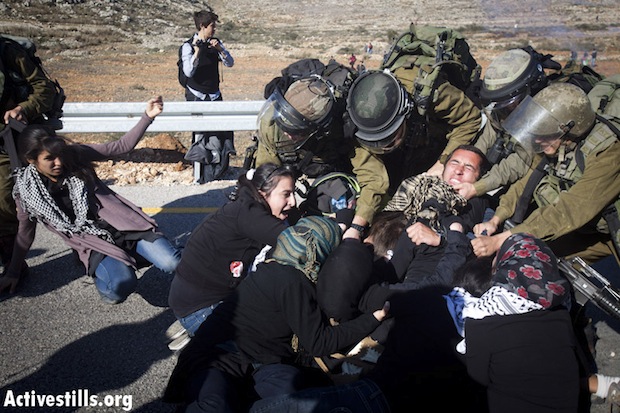 “In Palestine, even anger is not allowed,” Abir Kopty remarked on Twitter.

Fearful of violent clashes with the Israeli army, some residents of Nabi Saleh called on the youth to stop the protest. They attempted to go on with their demonstration, however, and witnesses on the ground in Nabi Saleh said that soldiers beat a protester to the point that an ambulance was needed.

After an ambulance arrived, Diana Alzeer reported on Twitter that the army continued to beat the unarmed demonstrators.  Emilie Baujard, a French journalist, reported that seven protesters were arrested. Leehee Rothschild noted that several Israelis were among those detained.

Several witnesses said that soldiers attempted to choke Israeli activist Jonathan Pollak, who was evacuated to the hospital.

Abir Kopty and other witnesses reported that of the seven who were arrested, three were Israeli, one was Palestinian, and the rest were internationals. 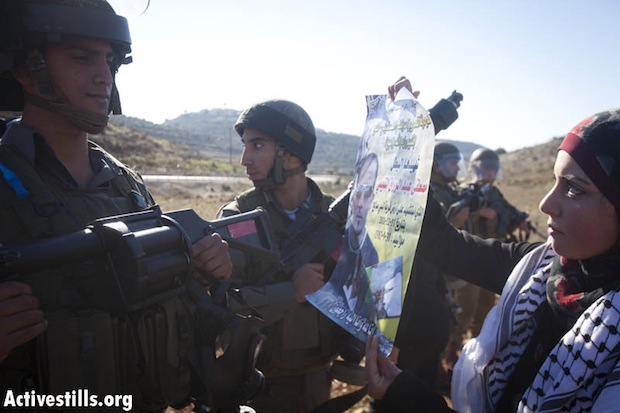 A mourner confronts a soldier with a poster commemorating Tamimi (photo: Activestills)

Here are a few additional photos that Joseph Dana, who attended the procession in Ramallah, put on his Twitter account, @ibnezra, shared with permission: 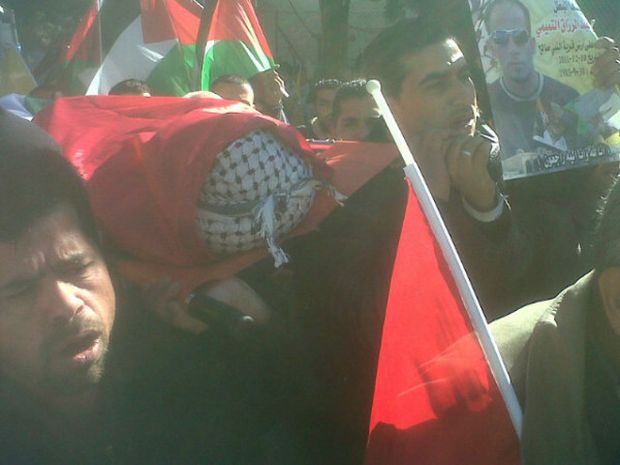 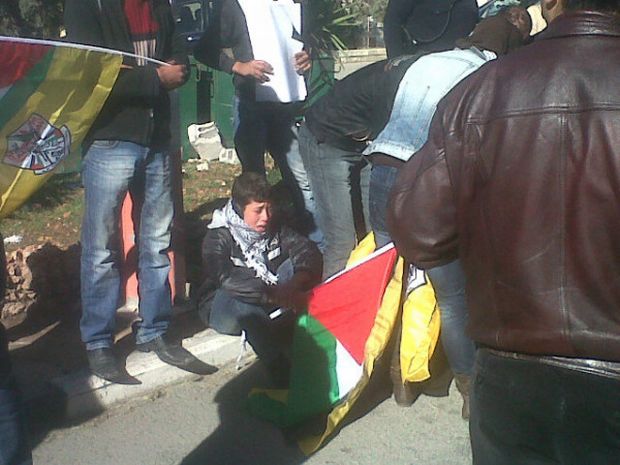 A child overcome by grief as Mustafa Tamimi's body is loaded into a car to be taken to Nabi Saleh, where he will be buried (photo: Joseph Dana)