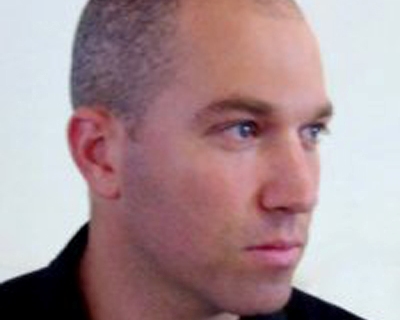 Former Israeli air force pilot and conscientious objector Yonatan Shapira was summoned today to “a friendly talk” with the Shabak (formally known as “Shin Beit”, Israel’s internal security agency). This is Yonatan’s account of the event, as posted on Facebook:

Yesterday Rona from the Shabak called me and asked me to come talk to meet her in the police station on Dizengof st. (Tel Aviv). She refused to tell me what was it about, but made it clear I wasn’t going to be arrested, and that this is just an acquaintance or “a friendly talk”…

At five o’clock I got to the Dizengof police station and was sent to the second floor of the rear building, where a guy who presented himself as Rona’s security guard waited for me. I was taken to a room and subjected to a pretty intimate search to make sure I didn’t install any recording device on my testicles. After I was found clean I was let into Rona’s room. She was a nice looking girl, apparently from a Yemeni origin, in her early thirties.

Rona told me that I she knew I was active in the BDS (movement) and (calling for) an economical boycott of Israel, and she wanted to know what else do I do as part of these activities. I told her that everything (that I do) is well known and published in the internet and the media, and that I have nothing to add, and that I wasn’t going to talk to her.

Rona emphasized that there is a Knesset bill that might soon make my activities illegal. She went on and tried to get me into a political debate, asking if I know that the BDS is in fact a Palestinian organization.

Rona raised the issue of the graffiti in Warsaw and asked it was my own idea or another part of the BDS. She asked if I understood that I crossed a line and hurt many people’s feeling. Obviously the Shabak feeling’s (were hurt) as well… I offered her again to listen to interviews and read article on the issue. She said she did listen and read, but she wanted to know more. I told her I would be happy to give a public lecture to anyone who wants to hear, but not (talk about it) in a Shabak interrogation.

Apart from the BDS issue she asked me if I knew that the demonstrations in Bil’in and Ni’ilin are illegal, and that the entire area is closed for Israelis and internationals each Friday from 8.00 am to 8.00 pm. She went into length explaining how the soldiers feel in these demonstrations and that it irritates them when I talk to them and when I answer them.

Rona said she was there herself and that stones were thrown at her, and that it war really unpleasant. She said that the fact that Israelis are present there makes the Palestinians more violent, and that I have to think how the poor soldiers feel, and that all she is trying to do is for the good of the country and out of her will to defend the people living here.

I answered that all I do is out of a will to defend the people living here as well, and I asked where did she get all the information on my activities and whether they are listening to my phone. She said that she can’t answer this, but that generally speaking the Shabak has more important things to do, so I asked her whet I was doing here and why was I invited to a kind political interrogation if they have more important things to do.

I asked again if they are listening to my phone calls and Rona said she can’t answer that.

She asked me not to publish the content of our conversation because she wasn’t the type who wants publicity… I answered that as a person committed to a non-violent struggle against the occupation I would talk and publish anything I can, including the content of this conversation and future ones, if these will be such.

I documented the entire conversation on a piece of paper until Rona started discussing this paper and what I was writing down. Eventually she confiscated the dangerous piece of paper, claiming that I was not allowed to have any recording device in, and that what I was doing was illegal.

Luckily I remembered most of the conversation and Rona hasn’t confiscated my memory yet. Maybe (it will happen) in our next meeting.

That’s it. There might have been more details but from what I get these were the main issues. I understood that what they were after was our involvement in the BDS, and that they might even be preparing files for the moment the new law is passed.

I also think that Yonatan could be right in assuming the police or the Shabak is putting together files on Israelis involved in the BDS. One of the many anti-democratic aspects of the new Knesset bill [Hebrew document] is that it will be possible to enforce it on past actions as well.

Personally I found Yonatan’s graffiti in Warsaw to be of poor taste, but this is none of the Shabak’s business.