Entertainment reporter and blogger Omri Hayoon posted a picture of Itai Wallach, smiling with arms spread behind the backs of two blindfolded and handcuffed Palestinians. The picture seems to have been taken during Wallach’s service in the Israeli paratroopers. 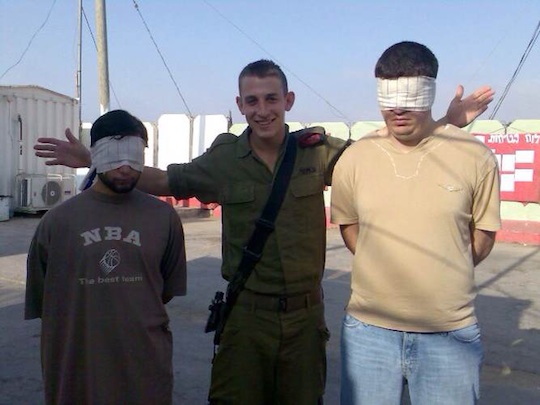 Itai Wallach, 26, will be somewhat of a household name in the next few months in Israel, not only because of this picture – but mainly due to the fact that he is entering the “Big Brother” house this week, probably the most popular show in Israel.

Meanwhile, the photo is getting a lot of positive responses from Israelis who see no problem with it whatsoever.

UPDATE (14:20): The Walla! portal got a reaction [Heb] from Wallach’s mother: “I read a few of the comments from people on the web on this story. Itai got some positive feedback, so I don’t have anything to say. Apparently, taking pictures like that was something of the norm and accepted five or six years ago.”

UPDATE (14:52): The production company of the Israeli “Big Brother” released the following response: “In the past few days Itai has been in preparation for entering the “Big Brother” house. In a conversation we had with him Itai conveyed deep regret and said he is ashamed of this childish mistake. The picture was taken during arrests of wanted persons in the Hebron area during his service as a warrior (Hebrew term for combat soldier) in the paratroopers. Itai added that this happened only once during his service as a warrior.”

This, of course, isn’t the first time Israelis have taken pictures of themselves next to Palestinians in “uncomfortable” and degrading positions – the most famous of all was Eden Abergil (picture below). 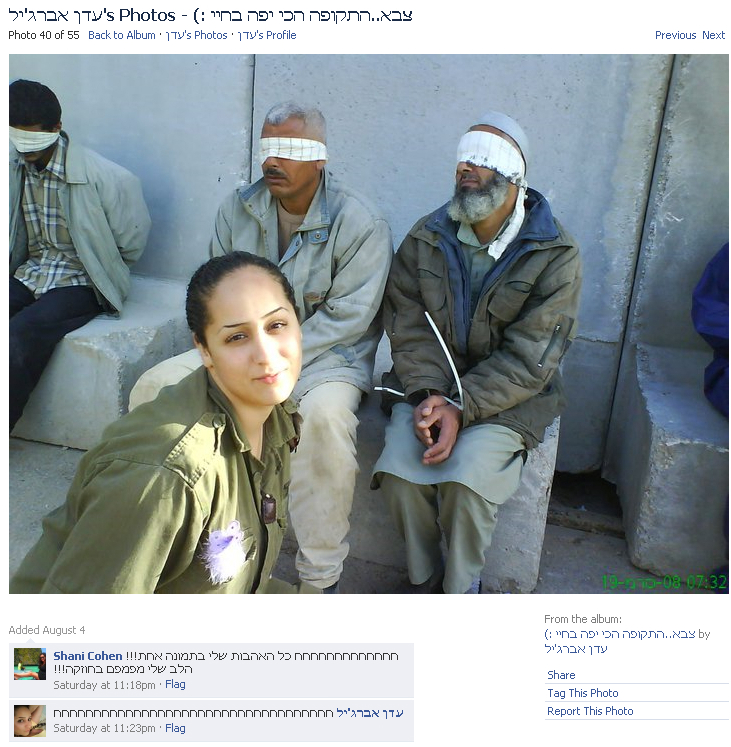