Udi Segal, who refuses to enlist in the IDF due to its human rights violations in the occupied territories, declares he will go on hunger strike until his release from military prison. 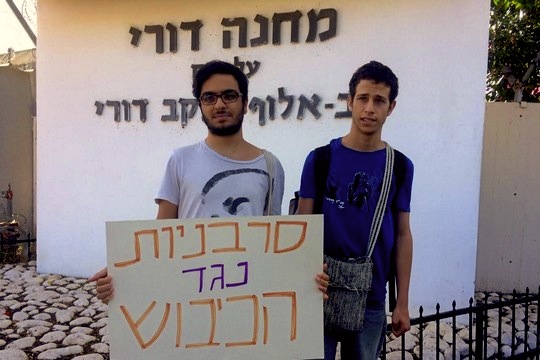 Udi Segal (right) arrives with a supporter at Tel Hashomer army base. The sign reads: ‘Refuseniks against the occupation.’  (photo: Refusenik’s Against Enlistment)

Israeli conscientious objector Udi Segal, who announced his refusal to join the Israeli army three months ago, was sentenced to his fifth prison term on Thursday. Prior to his sentencing, Segal announced that he would begin a hunger strike until he is released from the IDF. Segal released a statement explaining the motivation behind his strike:

Three months ago, on my conscription date, I announced that I am unwilling to serve in the army for ideological reasons. Since then I was imprisoned four times. I sat 50 days in prison.

Tomorrow I will be sentenced for the fifth time and sent to prison again. Because of my repeated imprisonment, the continuing deprivation of my freedom, I decided to start a hunger strike until I am released from the army.

I refused because serving in the army contributes to an oppressive system, to which the army is an executive branch. I will not take part in the denial of the liberties of Palestinians.

I will not contribute to a situation in which four million Palestinians live in territories under a regime they did not elect, a regime which is oppressing me too. I consider my refusal as an act of solidarity with all those the Israeli regime hurt, both in Israel and the Occupied Territories.

I went to a Jewish-Arab school for eight years. Towards my conscription date, I realized that if I join the army I am throwing away everything I was taught in school, this whole attempt to create coexistence. Coexistence and occupation are things that can’t go together.

Segal arrived at the Tel Hashomer base in central Israel on Friday morning, where he once again declared his hunger strike, as well as his refusal to serve in the army. Segal was sentenced to 10 days in military jail.

Hunger striking is the only tool of nonviolent protest allowed for prisoners. Segal, like prisoners across the world, has chosen to put his own health at risk as part of his political struggle for freedom.

Over the past several years, the hunger strike has been used by Palestinian prisoners as an act of protest against both administrative detention and prison conditions in Israel. The act of hunger striking presents a serious challenge to the Israel Prison Service and the state itself. Over the past year, the government sought to pass a law that would allow the force-feeding of hunger-striking prisoners, which goes against the stance of the Israel Medical Association. The proposed law ignited controversy, but has disappeared from the agenda for the time being. 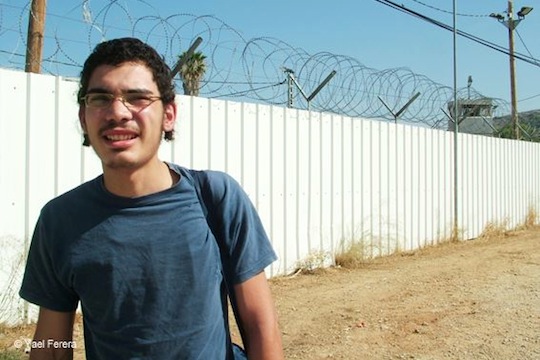 Segal is not the only conscientious objector in military jail. Uriel Ferera, who refused to serve due to the occupation and the discrimination against Palestinian citizens of Israel, is currently serving his ninth sentence in military prison.

Yael Marom is an editor at Local Call. This article was first published on +972′s Hebrew-language sister site, Local Call. Read it in Hebrew here.

BECOME A MEMBER
More About refusenik 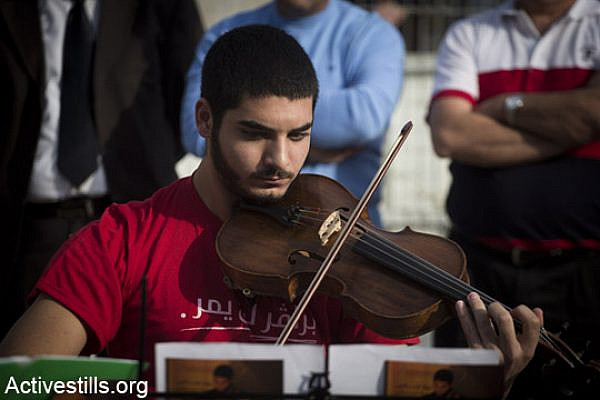 Druze conscientious objector Omar Sa’ad released from military service
Six months after he was sentenced to his first prison term for refusing to join the IDF, Druze conscientious objector Omar Sa’ad was released from military service on Wednesday. Sa’ad, an 18-year-old violist from the northern village Maghar, was sentenced to his first term on December 5th, 2013 in the Tiberias induction base. Since then, he…
By Edo Konrad June 19, 2014 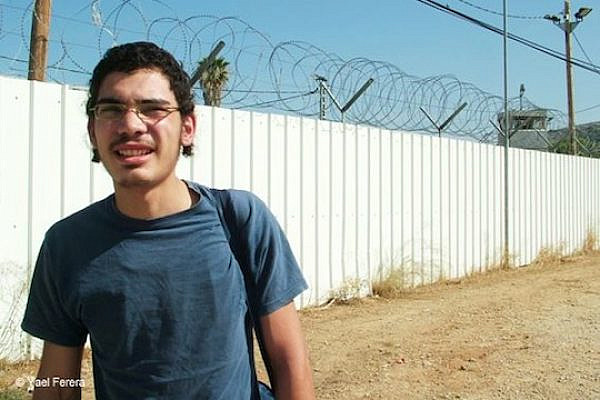 IDF denied draft refuser letters, access to his lawyer
‘The sergeant told him that he cannot make a call because he is a military prisoner, and that he cannot use the phone because he didn’t wear his hat on time,’ Ferera’s lawyer says. By Daniel Beller Uriel Ferera, the young Orthodox conscientious objector who was sentenced to military jail for refusing to join the…
By +972 Magazine May 21, 2014 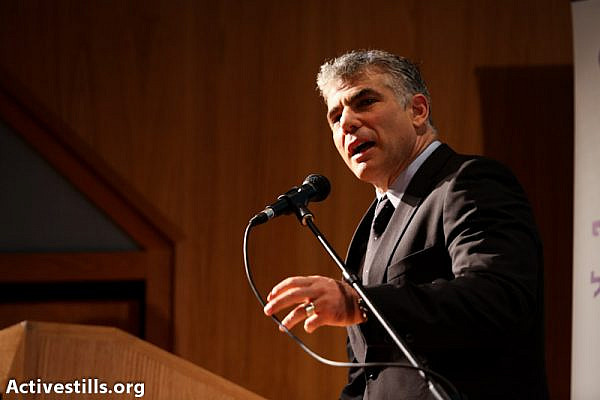 How can you tell that Israeli refuseniks are scaring the system?
From talk show hosts to Finance Minister Yair Lapid, the new conscientious objectors are infuriating Israel’s elite. By Moriel Rothman This week, a group of 50+ Israeli high schools students and youth penned a letter to Prime Minister Netanyahu declaring their refusal to enlist in the army as an act of protest against Israel’s 47-year old military…
By +972 Magazine March 13, 2014