Five things you should know about the second Israeli national elections in six months. 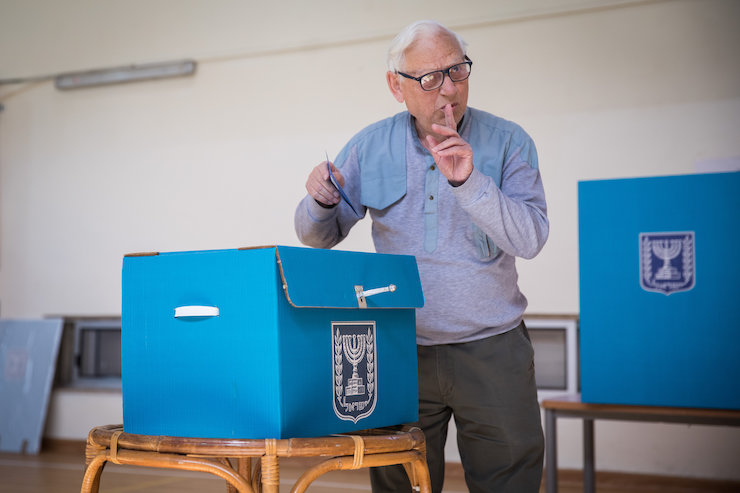 Israeli citizens cast their ballots at a voting station in Jerusalem, during the Knesset elections on April 9, 2019. (Hadas Parush/Flash90)

How do Israeli elections work?

Israel is a multi-party system, which means several parties will be competing for citizens’ votes come Election Day. There are 5.8 million Israeli citizens who are eligible to vote this time. Of the 6,463,000 Palestinians who live under Israeli control, only 24 percent are defined as citizens with the right to vote. The rest are completely disenfranchised.

A party must pass the 3.25 percent electoral threshold to be a part of the parliament. Since Israeli elections are based on proportional representation, the number of seats each party receives is proportional to the number of votes they win.

Once the Central Elections Committee announces the final election results, the president tasks the head of the party with the most votes with building a coalition, meaning securing at least 61 of the 120 Knesset seats. In cases where no party has a clear lead in the votes, the president could decide to approach the candidate who is most likely to successfully put together a coalition.

Why are there national elections again, six months after the previous round?

One of the consequences of a multi-party system is that no one party wins a clear majority of seats, which makes governing coalitions both necessary and, by definition, unstable. When Avigdor Liberman, who has held top ministries under Netanyahu’s leadership, resigned abruptly as defense minister in 2018, the loss of his party’s six seats caused the collapse of Netanyahu’s coalition. And so elections were called for April 2019.

The Likud won the most seats in the April election, but Netanyahu failed to build a coalition within the given timeframe, which is why another election was announced for Sept. 17.

How are these elections different?

In general, not much is different about these elections. The size of the voting blocs is the same, and the right is likely to win a majority of seats, as they have for the last decade.

The Central Elections Committee ruled that operating cameras at polling stations is illegal. The decision came in response to a fierce debate triggered by a voter intimidation campaign that targeted Palestinian voters in the last elections. A settler-aligned public relations firm and Netanyahu’s Likud party placed around 1,300 cameras exclusively in Arab or Arab-majority areas, claiming their purpose was to protect the integrity of the elections. The intimidation tactic worked: the April 2019 election saw the lowest rate of Palestinian voter participation in decades. Netanyahu introduced legislation that would have circumvented the ban on cameras, but it failed to make it past committee vote.

The Joint List, which unites the four major parties that represent Arab and non-Zionist voters, has made a comeback for this election. Formed under the leadership of Ayman Odeh, who heads the socialist Democratic Front for Peace and Equality (Hadash), the Joint List took 13 seats in the 2015 election and became the third-largest party in the Knesset. It broke up due to internal disagreement ahead of the April 2019 election, but is now reunited and polling at 11 seats.

What are the issues?

For Jewish voters, this election is essentially a referendum on Netanyahu, who in July surpassed David Ben-Gurion as Israel’s longest-serving prime minister. While there are no restrictions on the number of terms an elected prime minister can serve in Israel, Netanyahu is facing near-certain indictment on serious criminal corruption charges. Once he is indicted, his coalition will probably force him to resign.

One other theme that has gained significant traction in the lead-up to the Sept. 17 elections is the relationship between state and religion in Israel. Candidates have shifted from talking endlessly about national security to debating family values like LGBTQ rights, reflecting a considerable rift between the ultra-Orthodox and secular parties on the right. Ranging from far-right national religious groups to the Sephardic Shas party, the ultra-Orthodox factions have amassed significant political power in recent years, including in the Knesset. The upcoming elections will ultimately determine the extent of the influence that ultra-Orthodox parties will have.

Palestinian citizens of Israel are in the spotlight this election, which in some ways is the first since the passing of the Jewish Nation-State Law, which makes Palestinians second class citizens by law. In an attempt to “show the Arab voters that we can use politics to promote our interests,” Ayman Odeh, the head of the Joint List, said he is willing to join a center-left coalition — a statement that came as a surprise to both Palestinian citizens and Jewish political leaders. Blue and White, the party that poses the only real challenge to Likud, responded by further distancing itself from Odeh’s party, based on the fear that it would jeopardize undecided voters if the party were perceived as pro-Arab.

For years, anti-Arab incitement has served as a convenient political tactic — especially by right wing parties — to rally Jewish citizens to vote, but Netanyahu recently escalated his racist rhetoric, warning his voter base that Arabs would “steal” the vote. Facebook suspended the chatbot on Netanyahu’s official page for hate speech violations last week, after it sent visitors a message that “Arabs want to annihilate us all.” He has since claimed this message was a staffer’s mistake, but his campaigning strategies have all centered around demonizing Arab citizens.

One glaring omission from the discourse around the upcoming elections is the occupation. Neither Netanyahu nor other leading candidates have presented a vision for ending the military control of millions of Palestinians in the West Bank, East Jerusalem and Gaza. Netanyahu’s “dramatic” announcement of his intention to annex the Jordan Valley if elected again was anything but that, given that, in reality, Israel already controls almost all aspects of life in those areas — from water, to infrastructure, to freedom of movement.

What’s expected to happen after Sept. 17?

There are three likely scenarios that could develop once the Central Elections Committee announces the final results, which will likely be days after Election Day:

BECOME A MEMBER
More About Blue and White 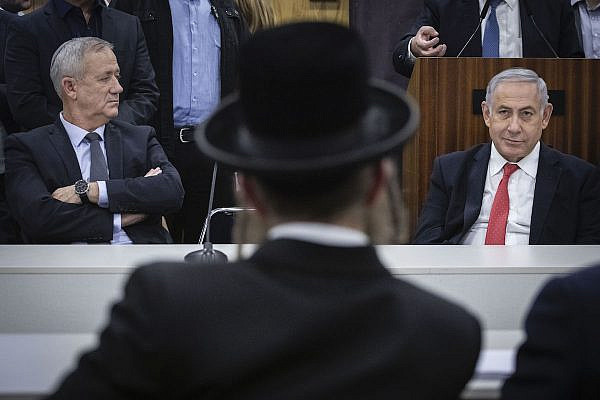